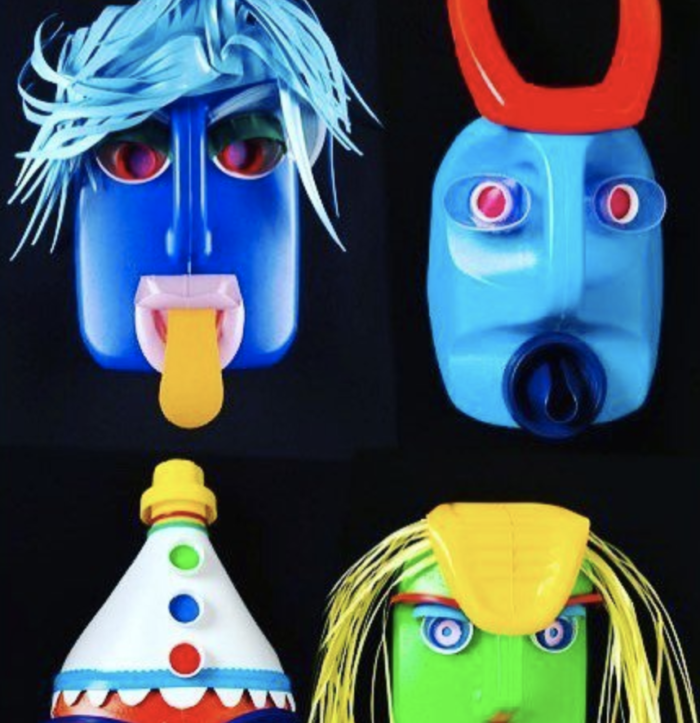 Join designer and performer Flavia Bertram (CAN) in this after-school mask-making Pronto. We’ll use waste materials to build a face for a creature-character that can be brought to life in the ‘Play in a Day! Pronto’.

Flavia Bertram is a performer, producer and designer. She has worked with All In, Theatre Re, Noh Budget Theatre, Proactive Dance, Twisted Hip, OneTaste Cabaret, and OneTaste Theatre’s Buster’s Silver Screen Daydreams commissioned by Happy Days International Beckett Festival Enniskillen. She has worked with children in classroom, extra-curricular art and museum settings for over ten years. Recent HOAX credits include stuck (2017), Hysterical (2016) Tack-On Tours: The Ugliest Buildings in London (2014-2015) in association with the London Festival of Architecture and The Lonely Room (2014).

A ‘Pronto’ is a piece of theatre, immersive live-art performance or public intervention that is created in response to a place, situation or idea. It is generated quickly, performed promptly and remembered FOREVER. HOAX will be facilitating a series of ‘Prontos’ designed for artists or people who would like to learn how to make great art quickly.

HOAX specialise in provocative contemporary work, blending text, physical theatre and comedy to voice to social and ecological issues. They formalised as a company in early 2015 after creating Tack-On Tours: The Ugliest Buildings in London at the London Festival of Architecture, which as hailed as “genius” by A Younger Theatre and was Londonists pick of the festival. They have since gone on to create several acclaimed productions, including winner of the People’s Choice award at Vault Festival 2016, Hysterical and Vault Festival 2015’s New Origins award recipient – Please Don’t Talk About Me When I’m Gone.