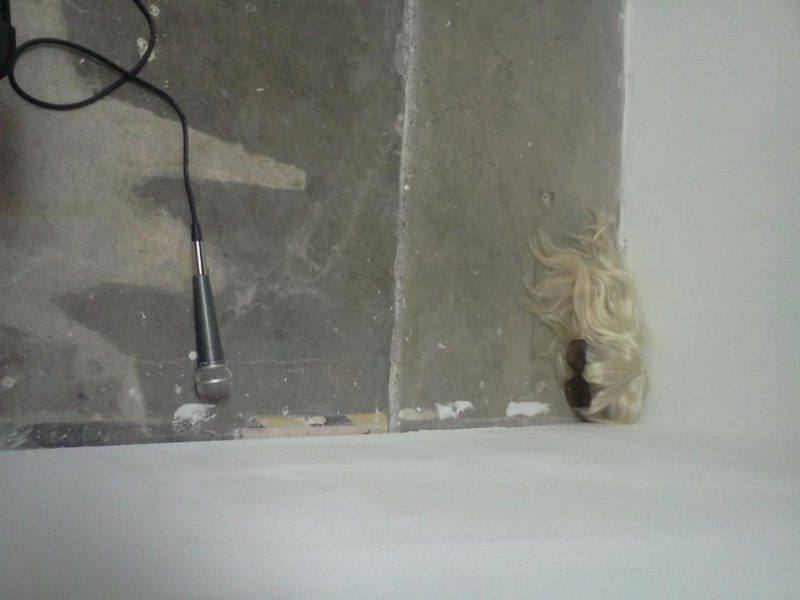 Cristy C. Road is a Cuban-American artist, writer and musician who’s been supplying creativity for punk rock, publishing, & social justice movements since she was a teenager in Miami, circa1997. Road self-published Green’zine for ten years, and has since released three illustrated novels which tackle gender, sexuality, mental health and cultural identity; truthfully spoken with curse words and bathroom humor: “Indestructible” (2005), “Bad Habits” (2008), “Spit and Passion” (2013), and her most recent project, The Next World Tarot, a traditionally illustrated Tarot deck depicting resilience and revolution. C. Road’s illustrations has been featured in New York Magazine, The Advocate, The New York Times, Maximumrocknroll, Razorcake, Bitch Magazine, Bust Magazine, and countless other publications; as well as on shirts, record album covers, concert and political advocacy posters worldwide. As a musician, Road is a songwriter and guitarist. She fronted the pop-punk group The Homewreckers for eight years, and currently fronts her new project, Choked Up. Road has been touring nationally and internationally on her own, with her punk rock bands, and with Sister Spit: The Next Generation since 2001. Cultivating a performance trajectory with a consistent show of defiance, she performs at bookstores, record stores, basements, bars, college campuses, and beyond. She is a Gemini and lives and works in Brooklyn, NY.

Elly Clarke is an artist interested in the experience and value of the physical body in a digitally-mediated world, which she explores through performance, video, photography, music, curating, writing & community-based projects. And through #Sergina, a border-straddling drag queen who – across one body and several – performs songs and lecture online and offline about love, lust and loneliness in the mesh of hyper-dis/connection. #Sergina (plural) has performed in art, club and theatre spaces in the UK, Europe and the USA – including The Lowry Centre, Salford Quays; Marlborough Theatre, Brighton; Kulturni Centar GRAD, Belgrade; BOM, Birmingham; Secret Project Robot, Brooklyn and The Island, Bristol and her music is part of the Berlin-based Wicked Hag Collective. Alongside these venues, Clarke’s work has been shown at places that include MAC Birmingham; Milton Keynes Gallery; Franklin Furnace, New York; Kiasma, Helsinki; ONCA, Brighton; Globe Gallery, Newcastle; London Gallery West and Galerie Wedding, Berlin. Clarke is a current PhD scholar at Goldsmiths exploring the drag of physicality in the digital age.

Nadia is an artist, musician, curator, and theorist who has been in over 37 bands and has collaborated with many artists and musicians in various capacities… but name-dropping is boring. Nadia’s solo project (DUBAIS) has released music, published text, taught a multitude of workshops, lectured, exhibited work, and performed internationally in a variety of spaces and places ranging from after hours parties in LA to peace camps in Batumi,Georgia. Although DUBAIS operates like a band, it’s actually a vehicle for conceptual work and cultural activism in which Nadia uses the tropes of pop music to examine Diasporic migration, neo-liberal dystopias, emotional incapacitations, consumer technologies, hybrid identities, intersectional feminism, transnational communities.

This project is supported by the CHASE Doctoral Training Partnership