An Evening with Cristy C. Road, creator of The Next World Tarot deck 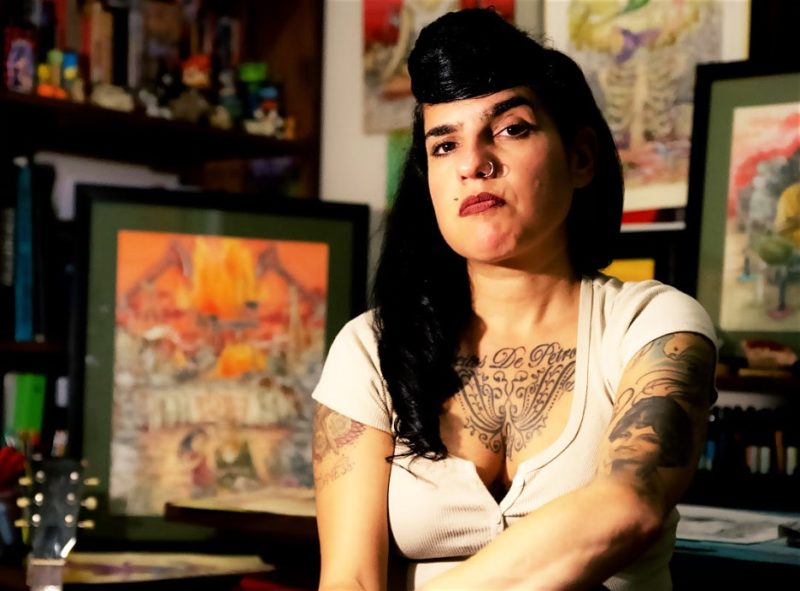 Join us in the gallery on 3 March for an evening of tarot and conversation with punk illustrator Cristy C. Road, creator of the paradigm-shifting Next World Tarot deck.

Cristy will read and share images from the Next World Tarot deck and the accompanying NWT book, followed by a Q&A session.

Featuring body outlaws, endangered cultures, and anti-colonial belief systems, the Next World Tarot envisions a world where justice relies on respect and revolutionary love. The Fool’s Journey is about smashing systematic oppression, owning their truths, being accountable to the people and places that support them, and taking back a connection to their body that may have been lost through trauma or societal brainwashing. The Next World Tarot is a visual spectacle of both the battle cry and the reconnection between outcasts and their criminalised identities. The deck follows the traditional tarot structure, fully queering and reinterpreting each card. 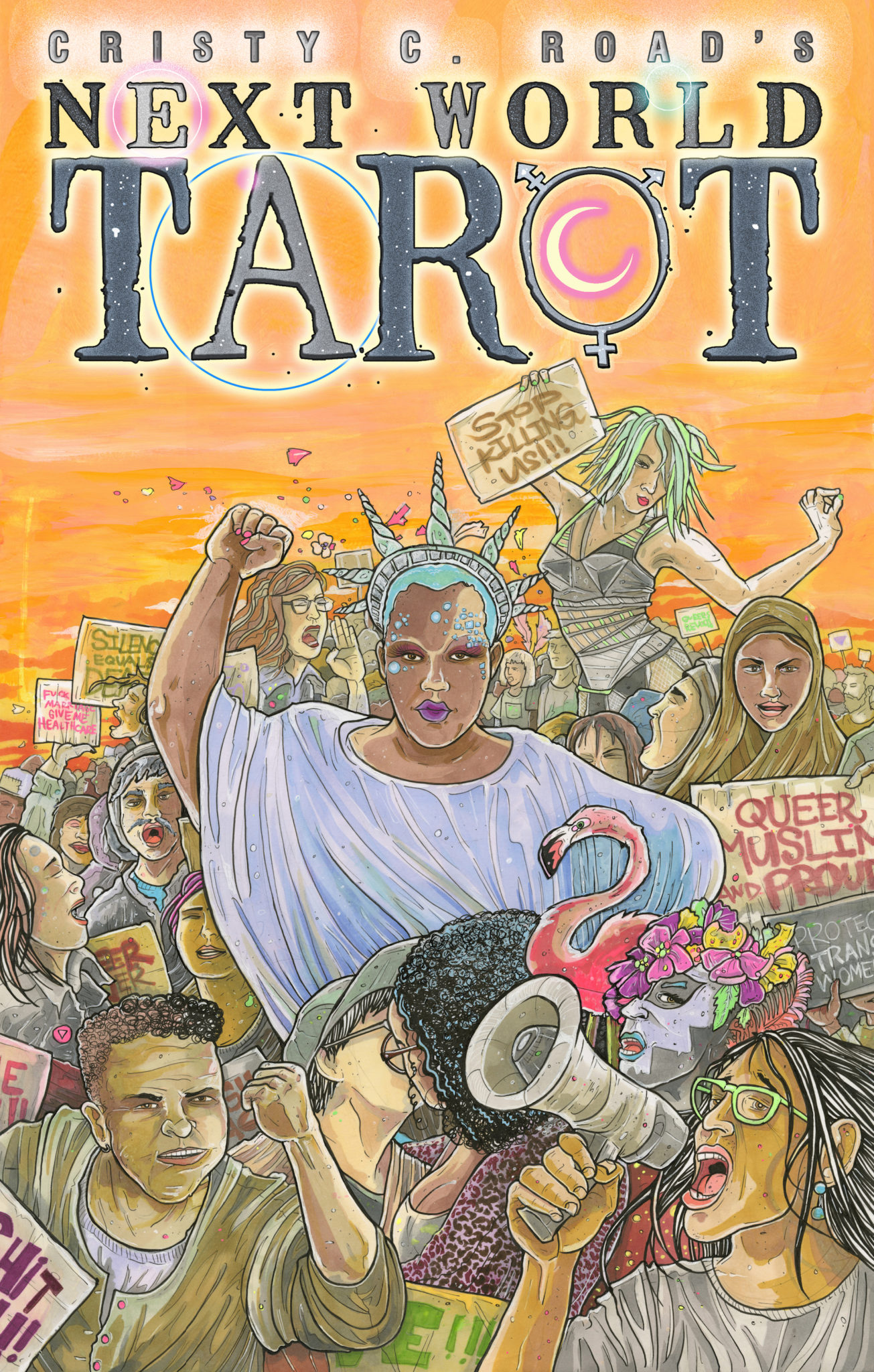 Cristy C. Road is a Cuban-American artist, writer and musician who’s been supplying creativity for punk rock, publishing, & social justice movements since she was a teenager in Miami, circa1997. Road self-published Green’zine for ten years, and has since released three illustrated novels which tackle gender, sexuality, mental health and cultural identity; truthfully spoken with curse words and bathroom humor: “Indestructible” (2005), “Bad Habits” (2008), “Spit and Passion” (2013). Her most recent project, the Next World Tarot, is a traditionally illustrated Tarot deck depicting resilience and revolution.

C.Road’s illustrations have been featured in New York Magazine, The Advocate, The New York Times, Maximumrocknroll, Razorcake, Bitch Magazine, Bust Magazine, and countless other publications; as well as on shirts, record album covers, concert and political advocacy posters worldwide. As a musician, Road is a songwriter and guitarist. She fronted the pop-punk group The Homewreckers for eight years, and currently fronts her new project, Choked Up. Road has been touring nationally and internationally on her own, with her punk rock bands, and with Sister Spit: The Next Generation since 2001. Cultivating a performance trajectory with a consistent show of defiance, she performs at bookstores, record stores, basements, bars, college campuses, and beyond.

She is a Gemini and lives and works in Brooklyn, NY.