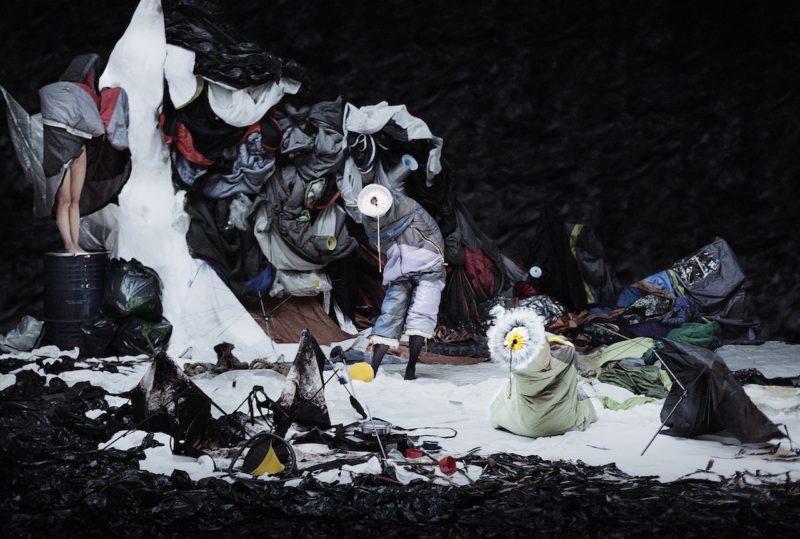 Award-winning theatre – only 2 performances at ONCA

Strap on your inflatable safety device to meet three fates who are caught between their memories, fantasies and present day predicament. Laugh as they become increasingly stuck. In the muck. WTF?! Devised with clown-director Lucy Hopkins and eco-scenographer Andrea Carr, ‘stuck’ is a hilarious exposé of the end of the world as we know it.

HOAX specialise in provocative contemporary work, blending text, physical theatre and comedy to voice to social and ecological issues. They formalised as a company in early 2015 after creating Tack-On Tours: The Ugliest Buildings in London at the London Festival of Architecture, which as hailed as “genius” by A Younger Theatre and was Londonist\s pick of the festival. They have since gone on to create several acclaimed productions, including winner of the People’s Choice award at Vault Festival 2016, Hysterical and Vault Festival 2015’s New Origins award recipient – Please Don’t Talk About Me When I’m Gone.