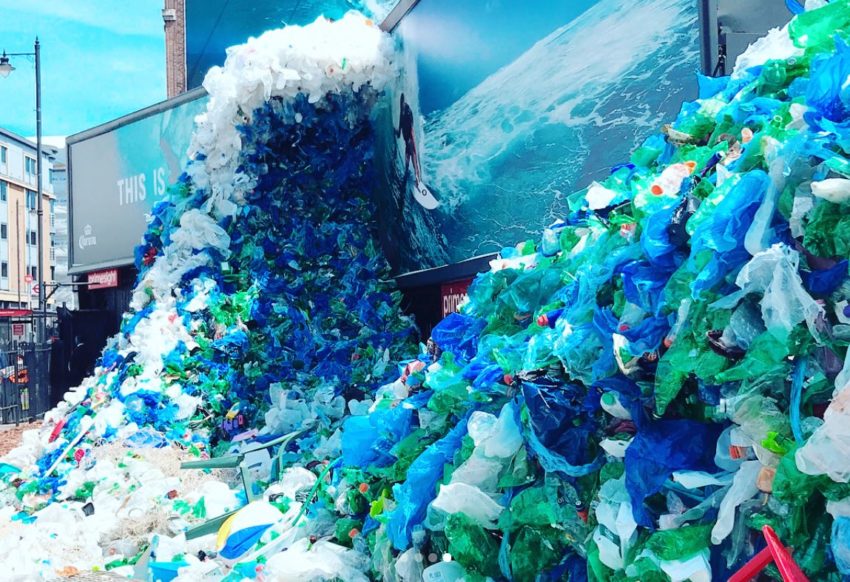 Led by Ayesha Tansey (AUS) and the cast of ‘stuck’, you will undertake practical explorations utilising the Viewpoints method to generate short site-specific responses to Brighton Beach and the ONCA Gallery using ‘the plastic ocean’ as impetus for creation.

– Your collection of plastic bags that you don’t want to throw away but don’t use.

This workshop includes a free ticket to ‘stuck’. All performances will be documented and shared with participants.

Ayesha Tansey is one of the founding members of HOAX. She is an actor and a creative producer who has studied at the Royal Central School of Speech and Drama in classical acting and Jaques Lecoq in Paris. She has worked with: Interactive Theatre International, RAF, Garnier, Allanah Madeline, Met Police, MKA: Theatre of New Writing, Les Foules, Miriam Austin, One Taste Cabaret. She is a creative member of the Culture and Ecology Network, the Young Vic Directors Program and Equity. HOAX CREDITS: stuck (2017), Hysterical (2016) Tack-On Tours: The Ugliest Buildings in London (2014-2015), and Please Don’t Talk About Me When I’m Gone (2015).

‘Tansey is exceptional, the comedic gem of this play’

Please Don’t Talk About Me When I’m Gone RobertAdlam.com

The Ugliest Buildings in London. A Younger Theatre

A ‘Pronto’ is a piece of theatre, immersive live-art performance or public intervention that is created in response to a place, situation or idea. It is is generated quickly, performed promptly and remembered FOREVER. HOAX will be facilitating a series of ‘Prontos’ designed for artists or people who would like to learn how to make great art quickly.