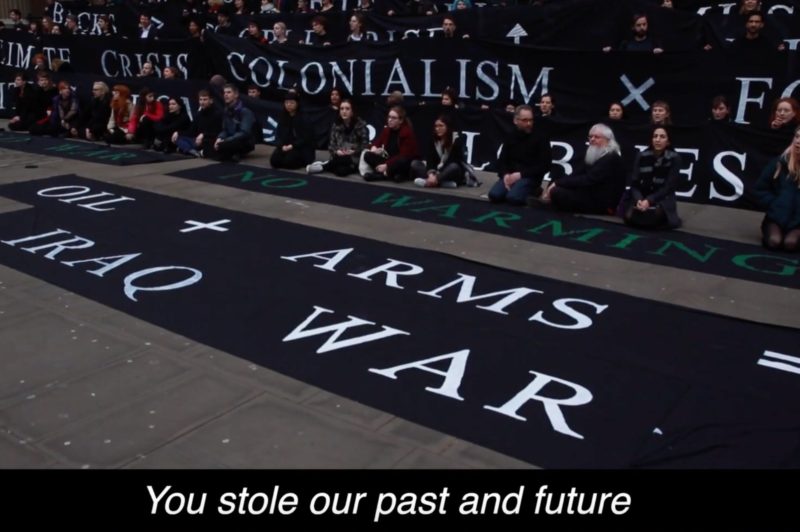 The Climate crisis is already destroying homes and lives, and BP is fuelling it.

In November 2018, Iraqi activists teamed up with BP or not BP? to protest the opening of the BP-sponsored Ashurbanipal: King of the World, King of Assyria exhibition, by pretending to be Iraqi civilian protestors facing BP representatives. This was in preparation for the biggest-ever protest at the British Museum in February to mark the sixteen-year anniversary of the invasion of Iraq.

Activist Tara Mariwany, will be joining ONCA’s Gallery Supervisor & Communications Manager Susuana Amoah to talk about her role in the British Museum protest. We’ll also be discussing how current issues in Iraq are linked to the work of oil companies like BP, and what the environmental and economical impacts have been for Iraqis.

Video by Nasser Marhoon and Rim Walid, for BP or not BP?

Tara is a German-born Iraqi activist and currently studying the Graduate Diploma in Law in London after receiving my BA in Politics from Goldsmiths. She is interested in social justice and human rights, with a particular focus on Iraq and the wider MENA region.

BP or not BP? regularly organise creative actions, campaigning against oil sponsorship in the arts, and they’re always happy for people to get involved in whatever ways they can.