HOW ARE YOU?: #Sergina’s Live Participatory Soap Opera 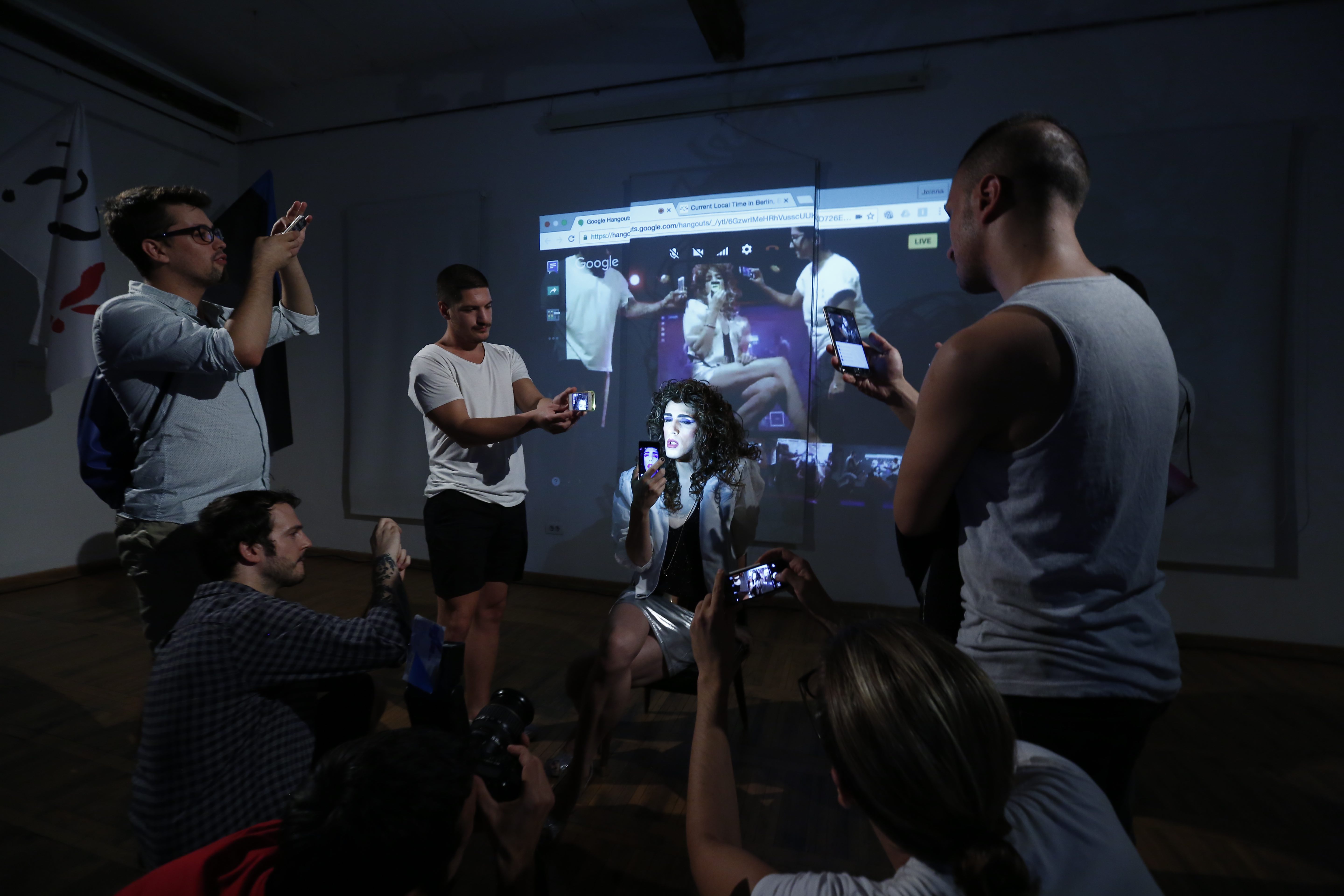 HOW ARE YOU? #Sergina’s Live Participatory Soap Opera about Wrestling with Wellbeing in the Digital Age

#SERGINA is a multi-bodied, border-straddling drag princess who sings songs about love, lust and loneliness in a time of digitalism. She performs in one place or in many, on the screen and off it, to and with people she can see and people she can’t. Her identity is up for grabs, transferable and viral. #Sergina first came out for parties in Berlin in about 2009, and later in her own right, performing alone to start with and later with others.

Conceived and embodied initially by Elly Clarke, #Sergina has since become a truly collaborative project/ion with other people involved at all stages – from music to videos to performance. Vladimir Bjeličić has been involved since the first edition of #Sergina’s Stimulatingly Sexy Simultaneous Simulation of Herself in 2015 and remains Clarke’s key collaborator on the project. 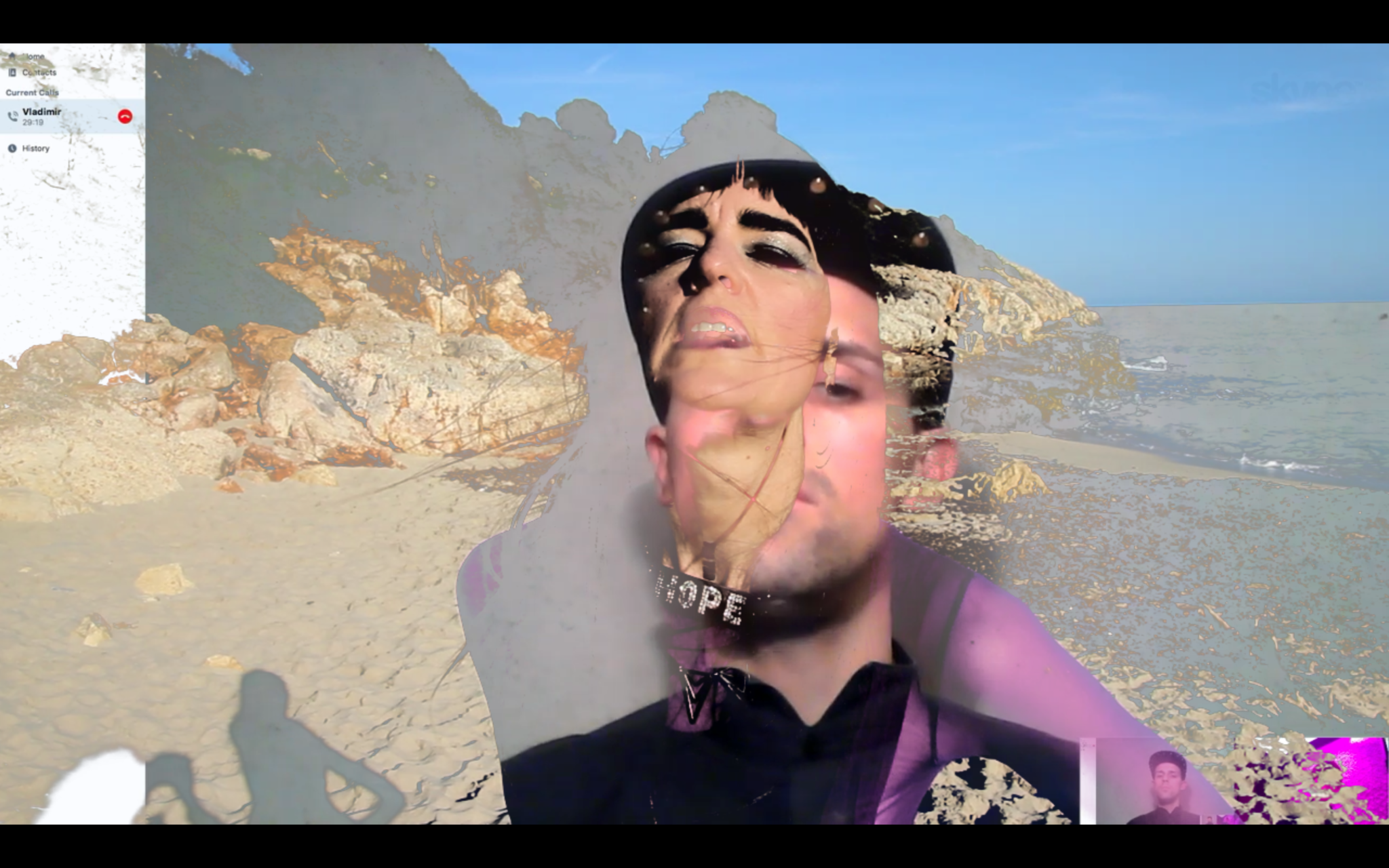 With the support of the Chase Feminist Network, #Sergina (plural) takes over ONCA to present a new performance entitled HOW ARE YOU? to reflect upon the aggressive, increasingly capitalist nature of this question and other questions that inevitably follow. These include:

The performance will take place over Three Acts. This is the first time Clarke and Bjeličić will have performed together in the same physical space.

#Sergina would like you to join in – with questions, answers, actions, and images. Voyeurs, participants, fans, spies and cyborgs of all species welcome.

Elly Clarke is interested in the experience, role and value of the physical body in a digitally-mediated and experienced world. She explores this through video, photography, performance, audio, music, writing and community-based projects. And through #Sergina, a border-straddling drag queen persona, who sings and performs songs online and offline, across one body and several, about love, desire and loneliness in the mesh of hyper-dis/connection. Clarke’s work has been shown at venues that include The Lowry Centre; MAC Birmingham; The Marlborough Theatre; Milton Keynes Gallery; Franklin Furnace, New York; Kiasma, Helsinki and Galerie Wedding, Berlin.

#Sergina came out for parties in Berlin in 2009 and entered Clarke’s work a few years later. First for music videos and later live performances, which soon involved other people performing simultaneously as #Sergina, to the same choreography, wearing the same clothes, the same wig, the same makeup, to live audiences in different cities, linked up by Google Hangout and live broadcast online. In this format, #Sergina (plural) has performed in museum, gallery, theatre and queer spaces in the UK, Germany, Serbia and the USA.

Elly is a first-year practice-led PhD candidate at Sussex looking at the ‘Drag of Physicality in the Digital Age’ and is part of the Berlin-based Wicked Hag music collective, with a track just released on new album ‘Peak Shame’.

Vladimir Bjeličić (born in Belgrade, 1983) is engaged in art criticism, curatorial and artistic practice and is the author of numerous critical articles published in print and digital media as well as catalogues of Belgrade-based artists. His work spans different performative practices, photography and video. Together with Senka Latinovic Bjeličić runs post-curatorial formation Vocal Curatorial Syndrome, and is a founding member of drag based theatre collective Ephemeral Confessions. All of Bjeličić’s work rotates around the politics of representation of corporeality in contemporary art, especially in the field of video and performance. Bjeličić has been collaborating with Elly Clarke on the #Sergina project since 2015.