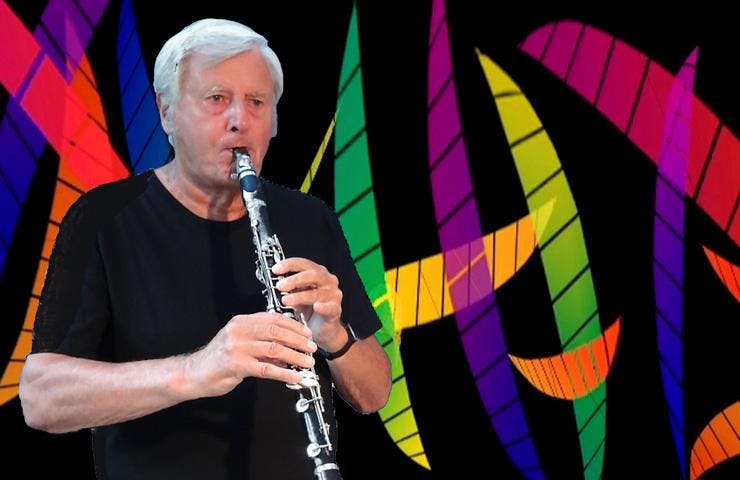 As part of Brighton Digital Festival, Terry Trickett will be performing MAKING MUSIC TALK live in the ONCA Gallery.

MAKING MUSIC TALK: a demonstration of three separate pieces of Visual Music – each will include a performance on solo clarinet matched by the simultaneous projection of a visual interpretation of the pieces.

TURINGALILA: an interpretation of Alan Turing’s morphogen theory as Visual Music
SHAPES: a celebration of abstract art and artists based on J S Bach’s first Cello Suite
CITIRAMA: where the patterns of architecture join the rhythms of music

The derivation of these pieces will be explained and each performance will include a commentary on how music combined with visual imagery can give a new slant on science (TURINGALILA),
art (SHAPES), and architecture (CITIRAMA).

TURINGALILA is about Alan Turing’s discovery of linking patterns between many separate scientific and mathematical disciplines.
SHAPES explores the intrinsic relationship that exists between music and abstract imagery.
The imagery of CITIRAMA takes flight into a realm of fantasy to celebrate one particular building – the ‘Cheesegrater’ in the City of London.

The aim of MAKING MUSIC TALK is to bring facts to fantasy and fantasy to facts.