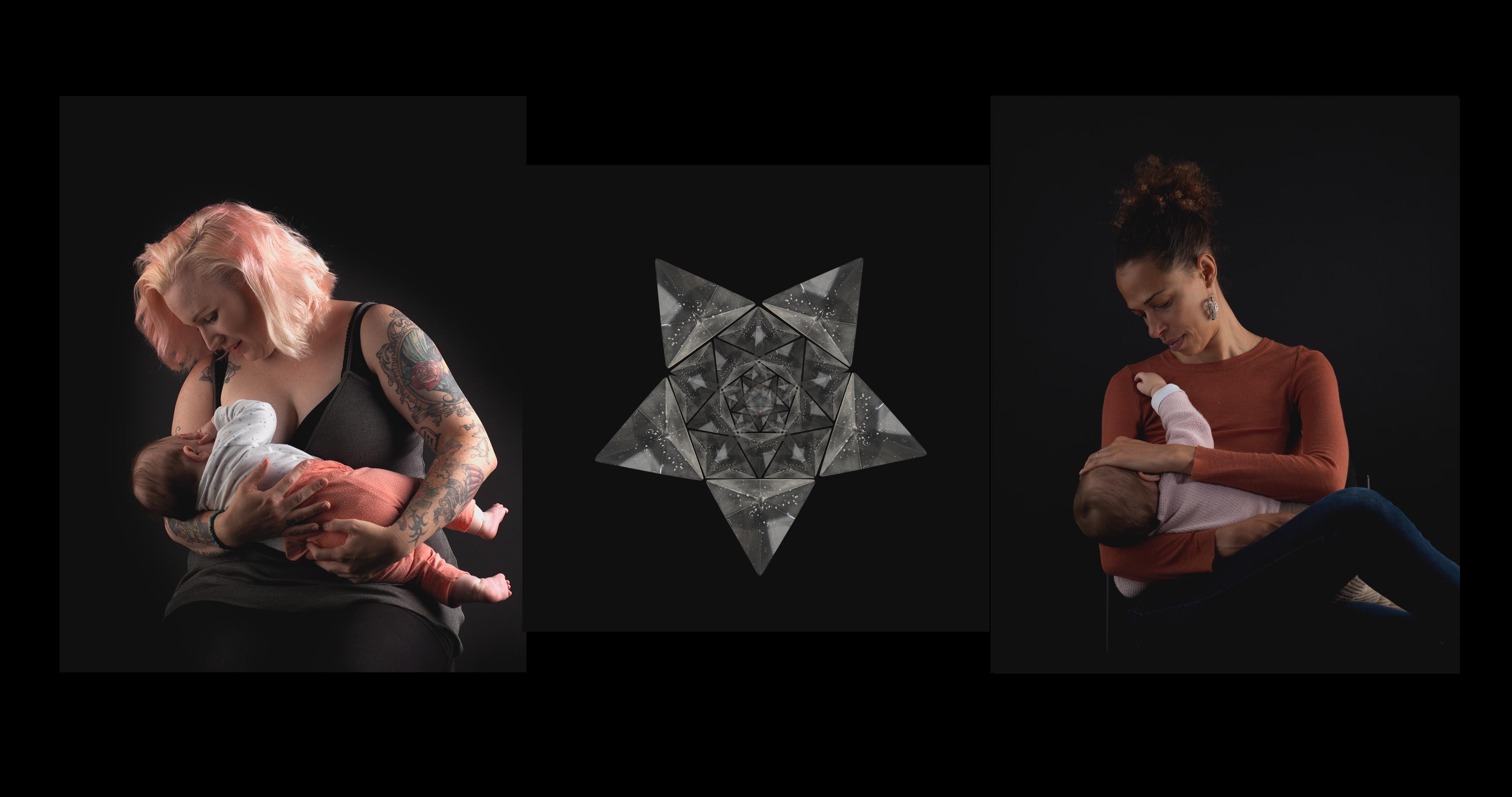 Holding Time is a new body of work by photographic artist Lisa Creagh, the exhibition will feature a ‘breastfeeding sit in’ where mothers are invited to breastfeed in the gallery for the entire duration of the exhibition.

This work addresses ideas around Motherhood and Time. Breastfeeding is not an economic activity, is free and cannot be commercialised. In a society preoccupied with economic growth, formula has been presented as a time-saving alternative to breastfeeding but this work challenges our notion of time, presenting the act of breastfeeding as occupying an older, more universal time system, where time did not equate to money. The mothers featured are presented alongside a reimagined ‘Timepeice’ digitally reconfigured from ancient Cosmatesque design. Rather than animated at 24 frames per second, each mother is presented in an emptier time of only twelve frames per minute. The effect is to slow time down, an emptying out of time that is strangely calming.

The range of breastfeeding mothers is deliberately broad. Mothers range in age from early twenties to mid-forties, with children aged from a few weeks to up to three and a half. There are tandem-feeding mothers (mothers feeding two children simultaneously), single mothers and mothers of sick children. All are shot in the same way: against a neutral dark background in lighting reminiscent of Renaissance paintings.

The development of the work is promoted using a specially created online Social Enterprise called The Parlour. Creagh describes this as ‘preparing the ground’ for the work by engaging with a diverse audience of passionate breastfeeding mothers on social media and the web.  Through interviews with the participating mothers, and a blog written by Sociologist and collaborator, Lucila Newell, the ideas and themes of Holding Time are explored more broadly and the Parlour will be hosting a workshop on 28 February exploring the themes of Motherhood and Space/Time. Details and booking form here. 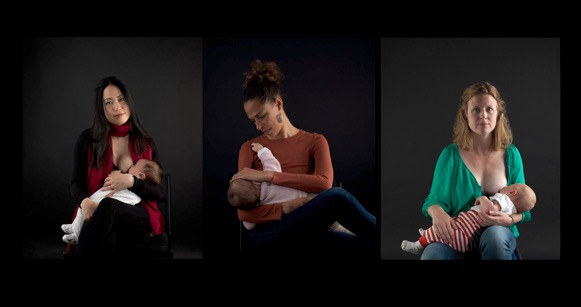 Much of the information that women receive about breastfeeding comes from the medical community but the conversations taking place in the mainstream media are cultural: is it acceptable to breastfeed in public, for example.

In Pre-Renaissance times, the most sacred image was that of a mother breastfeeding. But with the advent of the printing press and the increasing number of sexualised images of female breasts, this sacred act became objectified and viewed as ‘indecent’ – an argument we still hear today.

When I had my daughter, one of the first things I heard was that I had to learn to “put her down”, despite her obvious desire to be held, promoting the idea that there were more important things to do. My child was tongue tied, so after only ten days of breastfeeding, I switched to bottle feeding and expressing. But after four months, she found her way back to the breast and I witnessed a miraculous change in her from being fed by bottle to being fed on the breast. I would sum it up by saying that I had to hold her.

At first I struggled with this: sitting there, “doing nothing”. But eventually I came to realise that her needs were also mine: I needed this time to sit, hold, lie, sleep, relax. It was from the many hours of practicing this act of stillness that this new work emerged.

Alongside the photographic piece, I decided to create The Parlour with sociologist Lucila Newell to look more deeply into the issues women face in breastfeeding to full term. Together we want to overturn or counter some of the negative associations with breastfeeding. 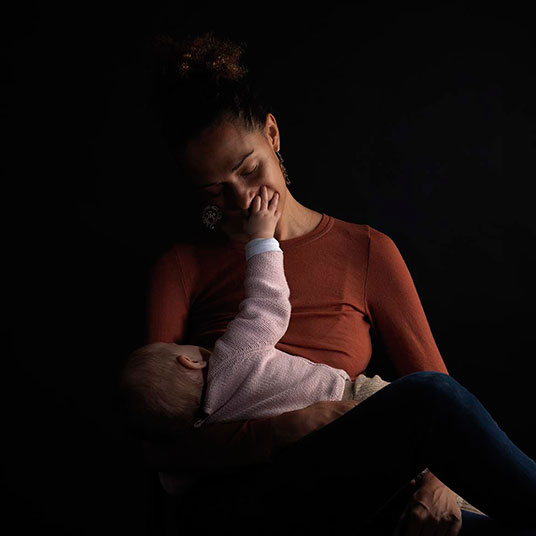