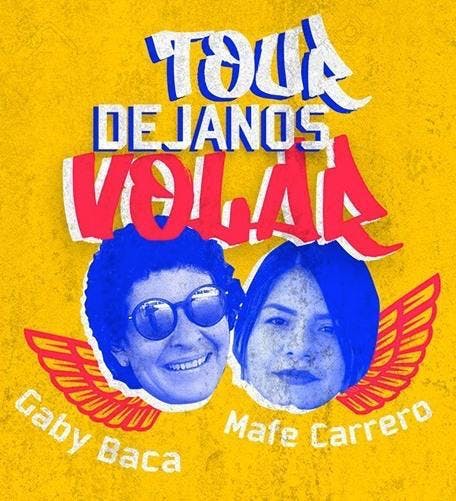 Gaby Baca and Mafe Carrero are two Nicaraguan artists who combine rap, hip-hop and their own songs.

They are currently on tour in exile in Europe. The event is a creative musical celebration of Nicaraguan queer feminist resistance to the brutal massacres, arbitrary detentions and repression of protest by the Ortega-Murillo dictatorship. Music to feel to resist to celebrate our collective strength.

The first time Mafe rapped on a stage she had only one feminist song in her repertoire and although she was already a well-known video artist she was nervous as she had never performed publicly before. From that day everyone who was there still remembers the ovations she received after finishing her lyrics, verses that called for freedom for the women of the hip-hop subculture, still marginalised in Nicaragua, and in which men predominate.