Howard Johns in conversation with Duncan Blinkhorn, followed by Just Do It 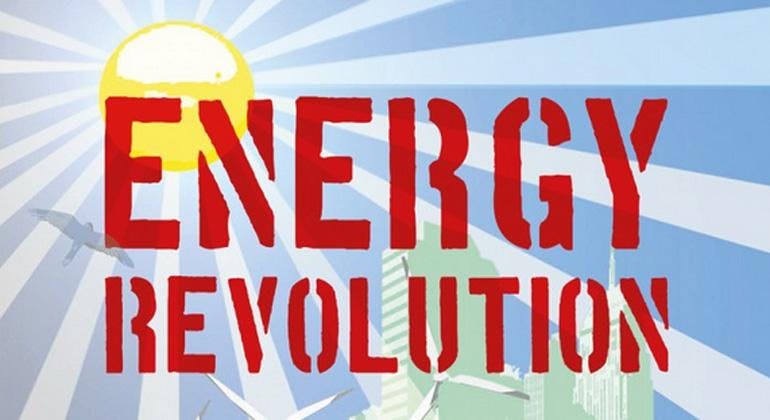 Howard Johns, author of ‘Energy Revolution’ is an energy engineer, entrepreneur, business leader and activist. After a formative involvement in the environmental protest movement, he set about building solutions, eventually founding Southern Solar – a national solar energy company – and Ovesco, a locally owned renewable energy cooperative. Howard is convinced we have all the technology and money we need to implement the climate and energy solutions we need.

Duncan Blinkhorn is a Brighton-based cycle activist and founder of Brighton Critical Mass and the Bike Train movement. He will be going to Paris as part of Time to Ride.

Howard and Duncan will talk about living lives of positive action, and then we’ll watch Just Do It, directed by Emily James.
The evening will end with a discussion about COP21/ D12: how has the climate/ protest movement evolved since the making of this film in 2010-11? And, what are the implications of the November 13th attacks on Paris for the planned civil disobedience around the Paris climate change summit?

Just Do It: For one eventful year, filmmaker Emily James gained unprecedented access to document the work of a group of environmental activists engaged in nonviolent direct action campaigns across England. Embedded in the activists’ clandestine activities, she captured the triumph, setbacks, secret planning sessions, and feverish passion of a group of remarkable characters. They blockaded factories, attack coal power stations, and glued themselves to the trading floors of international banks — despite the very real threat of arrest. Just Do It gives a thrilling inside look at direct action campaigns, showing how everyday people can use the tools of civil disobedience to make meaningful change.