Electric Eclectic; Life, the Universe and… 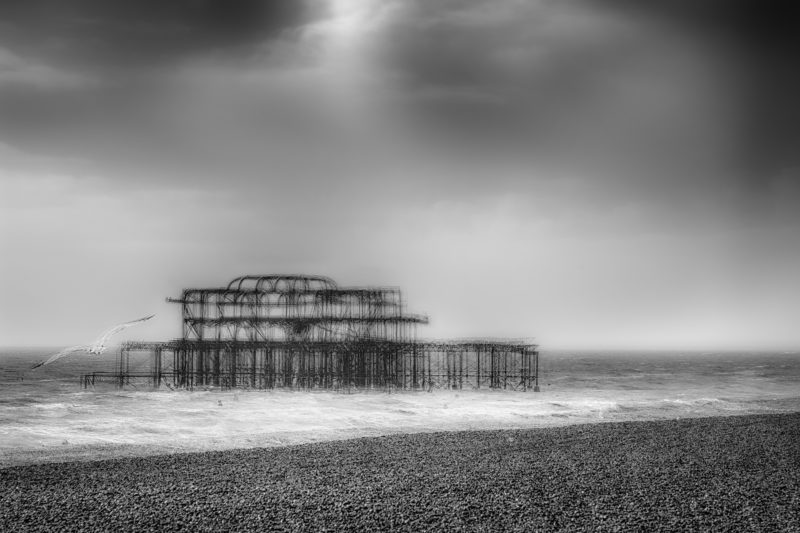 Tension between commonly perceived realism and individual interpretation is explored and presented within Electric Eclectic; Life, the Universe and…

The diversity of Kym Cox’s practice of photographing soap bubbles, soap films and foams and Juliet Evan’s travel, landscape and urban documentary engages the audience by transforming the ordinary into the extraordinary. For what we see in the perspective of commonplace and everyday is turned upside down, inside out by these two artist photographers.

Pareidolia – the human tendency to perceive a specific, often meaningful image in a random or ambiguous visual pattern informs Evan’s latest series, the dreamy, geometrical Mandalas of British trees. Each piece will reveal the phenomenon to the perceptive viewer, if they look carefully and with an open mind. 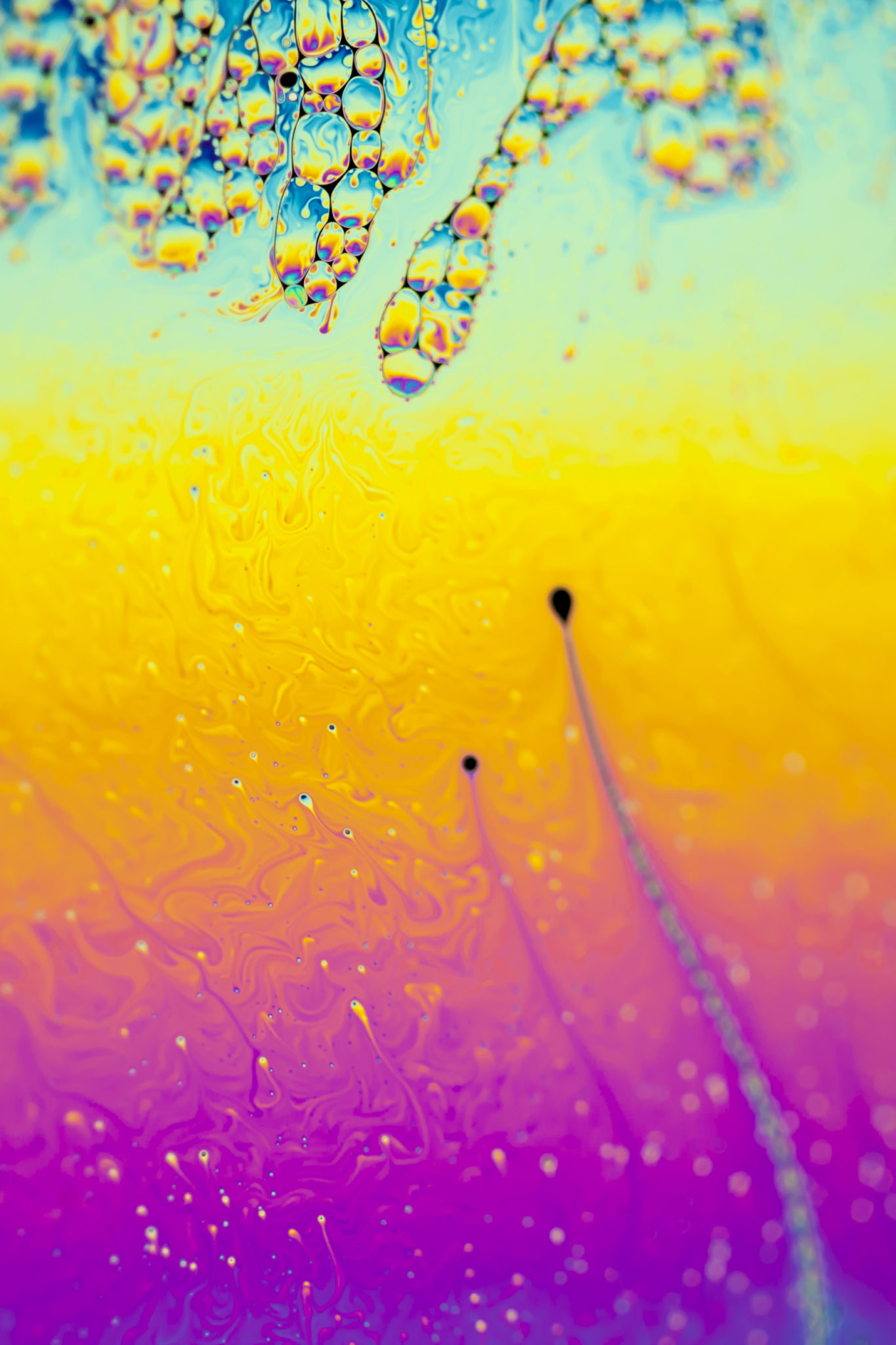 Colour macro photograph showing soap bubble/soap film structures. This image is one in the ‘Rude Bubbles’ series by artist and photographer Kym Cox.

In Evans’ series of architectural images she is drawn to the curves and structures that are almost organic in nature. Her images of buildings designed by Santiago Calatrava and Antoni Gaudi, for example, represent another example of art inspired by science.

The pareidolia theme extends to Cox’s risqué Rude Bubbles series – an uncompromising take from her work photographing bubbles for serious, scientific illustration that proves human characteristics can be seen in the most unlikely subject and with humour.

Colour Coast – we are but an island and a selection of Cox’s imagery depicting intriguing, scientific soap bubble phenomena compliments the work in the show.

Kym is a multi-award winning photographer whose practice concentrates on the Art and Science of soap bubbles.  By combining traditional art symbolism with bubble science she creates intriguing work everyone can relate to.  The risqué Rude Bubbles series and Colour Coast – we are but an island, testify to transcending conventions and narrative.

Who wants to see something seen before?  Science presents exciting, new ways of seeing in a world over-loaded with images.  And, with bubbles being significant tools for scientific investigation, the scope for imaginative creativity is tremendous.

There’s more to bubbles than the obvious!

In support of continued originality her ArtScience ethos is currently informed by collaboration with Prof. Stefan Hutzler, Leader of the Foams and Complex Systems Group, Trinity College Dublin.  She was awarded ‘Close-up Photographer of the Year 2019’ (Man-made) with a resulting photograph.

Kym has exhibited her photographs in many Group Shows. She contributes to the Science Photo Library and their affiliated agencies around the world.  The New York Times and BBC World News recently published her work.

After completing a Foundation degree in Photographic Practice at the Arts University Bournemouth in 2013, Juliet has built up a portfolio that includes a broad spectrum of genres. These include a large portion of travel and landscape photography with a more recent emphasis on coastal work and abstracts.

The essence of her work is to produce visual art. Postproduction forms a large part of her image making process, using it to enhance the feel of the image rather than disguise it.

She enjoys working in black and white and with subdued colour casts that bring tranquillity to her images. She is enthusiastic about creating new projects and researching different printing mediums; her newest series of square mandalas are printed on aluminium and acrylic.

An Associate member of the Royal Photographic Society (ARPS); the award gained in 2014 with a contemporary project ‘Looking for Alice’, a series of still life images of her great grandmother’s Victorian doll. In 2018 this series was turned into a self-published book.

Juliet has had Group exhibitions in New York and Dorset. Her work has been used in the Guardian, the Daily Mail, the Huffington Post and the cover of an OS Landranger Map!