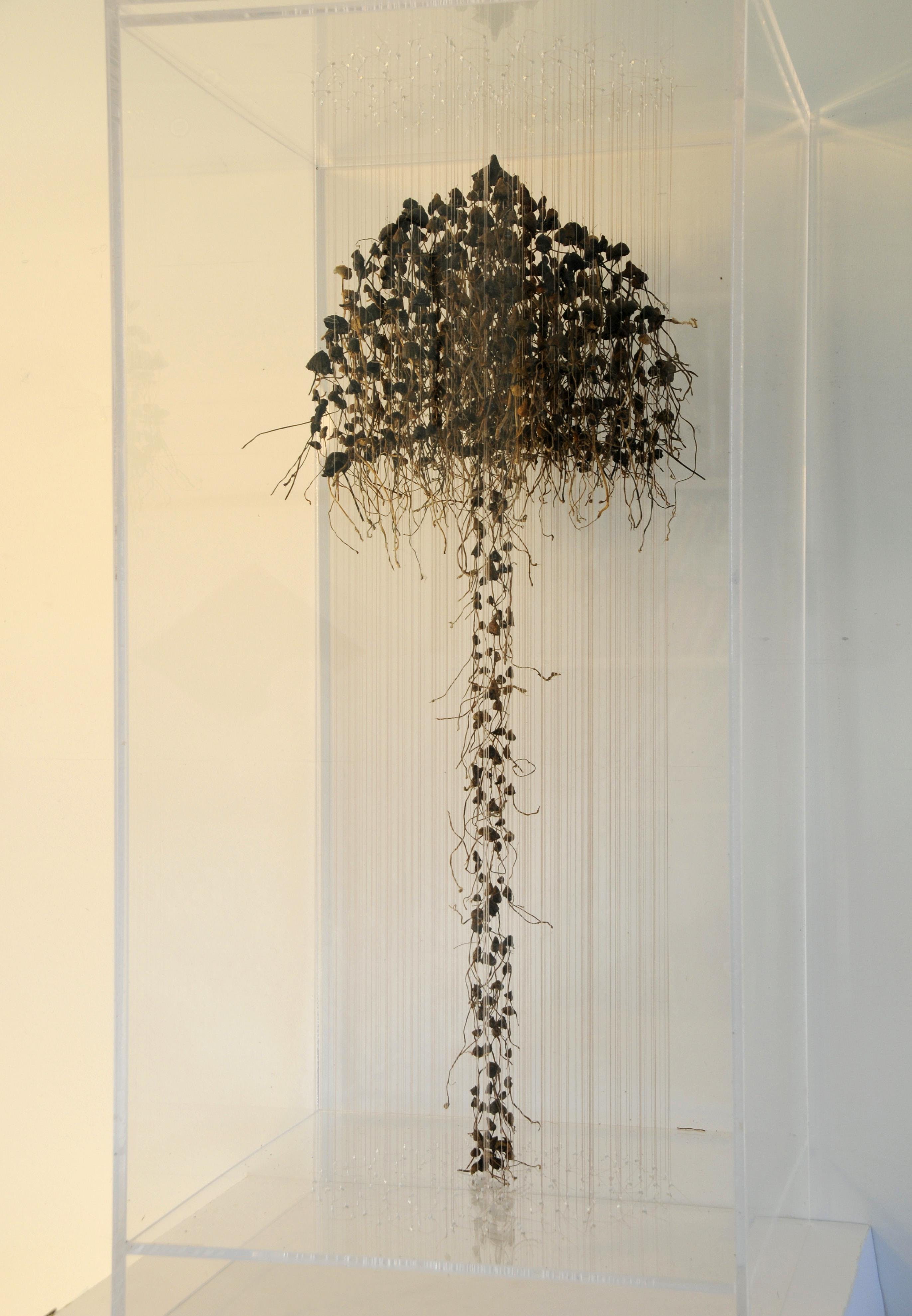 This March, ONCA is delighted to host EARTH, a new commission and selected artworks by internationally acclaimed land artist and ONCA patron Chris Drury. Join Drury for an exclusive artist-led preview tour of the show on March 10th. Limited spaces.

Drury’s EARTH works explore themes such as the endurance and survival of organisms in hostile environments. The collection features soil pigment works like Rhone Carmargue and Mani/Ouse alongside Destroying Angel Nevada and Cloud 9, thought-provoking sculptural pieces made with strung earth materials.  There are gene sequence works – the Life in The Field of Death series, and works which use mushrooms as a metaphor for life, death and regeneration.  One of the artworks is interactive – a whirlpool on the wall created by each gallery visitor adding a single muddy fingerprint to the evolving spiral. A new work commissioned for ONCA’s window features soils collected over 30 years of travelling the world, displayed in labelled jars and arranged in colours from white through yellows, reds and ochres to blues, greys and black. The jars include rock from the lava fields of Iceland, schist from Antarctica, red ochres from Central Australia and the white chalk of Sussex.

This event will be BSL interpreted.