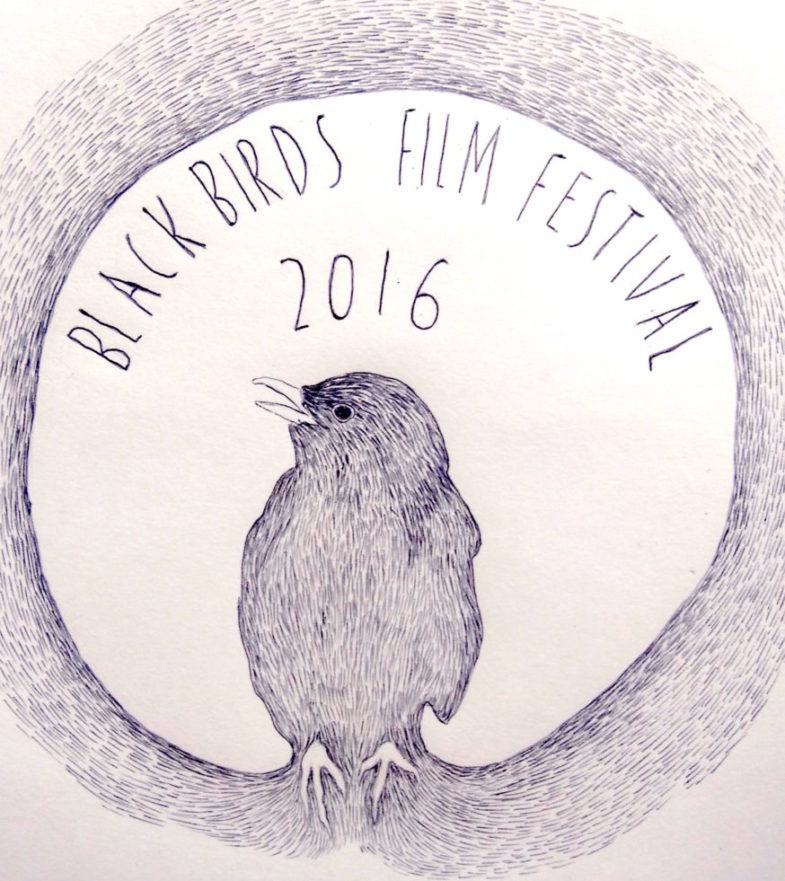 Go beyond boundaries, discovering new ways to see and re-connect

After the success of the Festival in 2015, Blackbirds continues to develop with the key question: what is true diversity? We aim to reach wider audiences and provide a space for people from all backgrounds to share films, ideas and experiences.

6.15-9pm: Creative Compere by Keith Ellis of Moving Sounds – expect the unexpected. Mike the Mic from Harry’s Tricks – Mike looks forward to playing to an intimate audience and selecting some of his favourite songs, enjoying the freedom of solo performance.

8pm: Feature Film – In Transition 2.0 ‘A story of resilience and hope in extraordinary times’ Subtitled 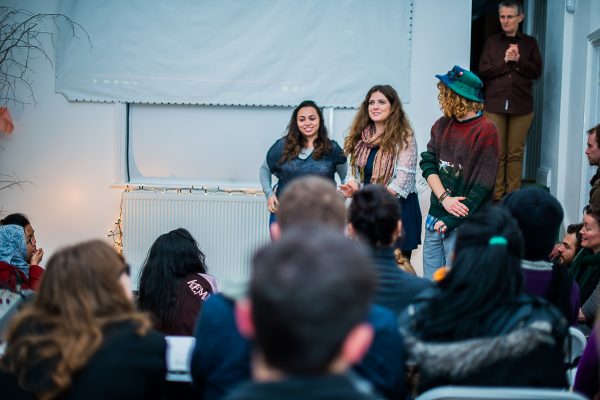 12-1.30pm: Aim to Fly UK Circus film screening and Q&A. A short film showing professional aerialist Mel Stevens’ personal journey and liberation through movement. Two short films will be shown, and will be followed by a Q&A with Mel and a practical workshop on re-connecting with the body. BSL interpreter.

2-4pm: Film-making workshop and screening with Felix Goncalez. A practical workshop – learn to make films using mobile phones, Instagram and Vine. A look at how films can be used to communicate and empower. BSL interpreter.

4.15-5pm: Life Out There film screening, behind the scenes Q&A. Director David Ellington’s film Life Out There is a gentle comedy about relationships, change and discovering that the life you want might just be right under your nose. The film follows Billy who is 30, Deaf, single, a Shop Assistant and a carer for his UFO obsessed father Jack. Winner of Best Short Film at the CineMobile Film Festival 2013 awards, and nominated for Best Director at the Third International Film Festival in Sign Language, Tolosa 2013 – amongst others – Life Out There and a ‘Behind the Scenes’ documentary demonstrates the empowering possibility of film making. BSL interpreter / Subtitled.

6.00-9.30pm: Saturday Night Shorts for Social Change. You are warmly invited to join us to watch a host of inspiring short films and meet the film makers:

Nesting ‘a sense of home’ recent exhibition at ONCA by local environmental artist Jill Parsons and her findings. 3.09 mins

Making good telling stories of people who are trying to lessen the impact of the built environment making Brighton a better place to dwell. 6.15 mins subtitled

The Sun Within the tales follows a migrant artists quest to overcome life’s difficulties moving from Spain to England. 5.11mins subtitled

We Have a Dream unaccompanied refugee children stuck in the ‘Calais Jungle’ share their dreams for their future. 2.54 mins subtitled

Compassion without borders with with a focus on global compassion the documentary explores the aid workers in the UK, Kuwait and Jordan. 6.35 mins some subtitles

Hanan Samara’s story following her tale of the support work she is doing for refugees in Syria and Iraq. 5.48mins

Ellipsis the story of friendship and community following Lupita’s endurance and determination as she loses her sight. 5.54 mins subtitled

Urban Permaculture Permablitz a group of people meet and set to work transforming neglected spaces into homes for creatures big and small. 2.52 mins

The Love Activists meet every Sunday with the Love Kitchen bringing Food, happiness and warmth to the homeless community of Brighton. 5 mins 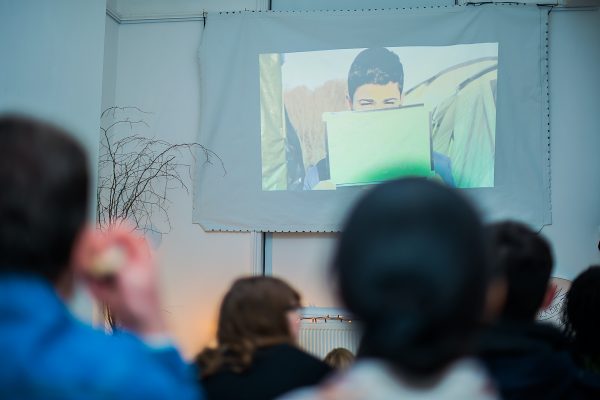 12.30-2pm. We the Uncivilised : Film preview and Q&A. Activists and artists Lily and Pete Sequoia share their extraordinary journey making their film We the Uncivilised. Their trailer will be screened followed by an opportunity to quiz the artists on their experiences. BSL Interpreter.

3-4.30pm INHABIT: A PERMACULTURE PERSPECTIVE film screening. ‘INHABIT is a feature length documentary introducing permaculture: a design method that offers an ecological lens for solving issues related to agriculture, economics, governance, and on. The film presents a vast array of projects, concepts, and people, and it translates the diversity of permaculture into something that can be understood by an equally diverse audience. For those familiar, it will be a call to action and a glimpse into what’s possible – what kind of projects and solutions are already underway. For those unfamiliar, it will be an introduction to a new way of being and a new way of relating to the Earth. For everyone, it will be a reminder that humans are capable of being planetary healing forces.’ Directed by COSTA BOUTSIKARIS, 2015. Subtitled.