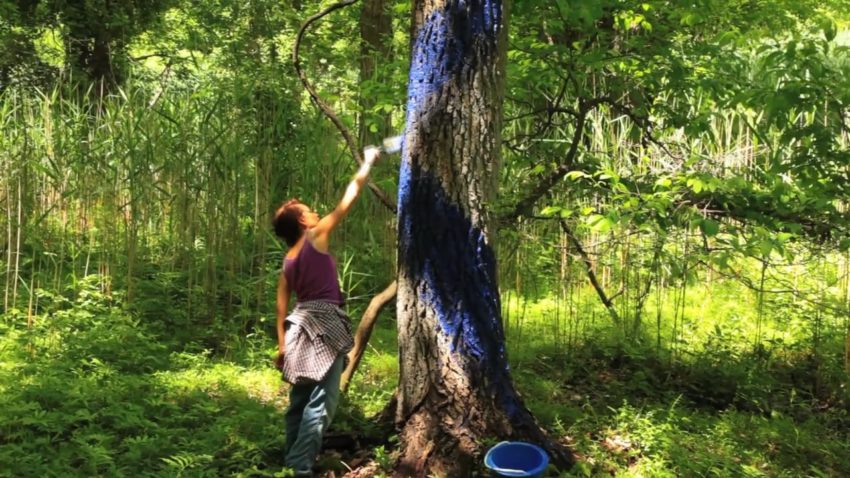 Join distinguished US-based ecological artist Aviva Rahmani for an evening of inspiration and conversation as she discusses her practice and her current project ‘The Blued Trees Symphony’.
This international work has been installed and copyrighted in the path of natural gas pipelines at multiple sites.

Aviva Rahmani calls her practice “performing ecology.” She began her career as a performance artist in the late sixties as the director and founder of the American Ritual Theatre (1968-1971). Her work has been exhibited and published internationally. In 2009, she began presenting performance workshops on her theoretical approach to environmental restoration.

Rahmani received an Arts and Healing Network 2009 award for her work on water. Previous ecological art projects have resulted in the restoration of a former dump site to a flourishing wetlands system – Ghost Nets 1990- 2000 (www.ghostnets.com) – and helped catalyze the restoration of 26 acres of critical wetlands habitat (the Blue Rocks project) in the Gulf of Maine.