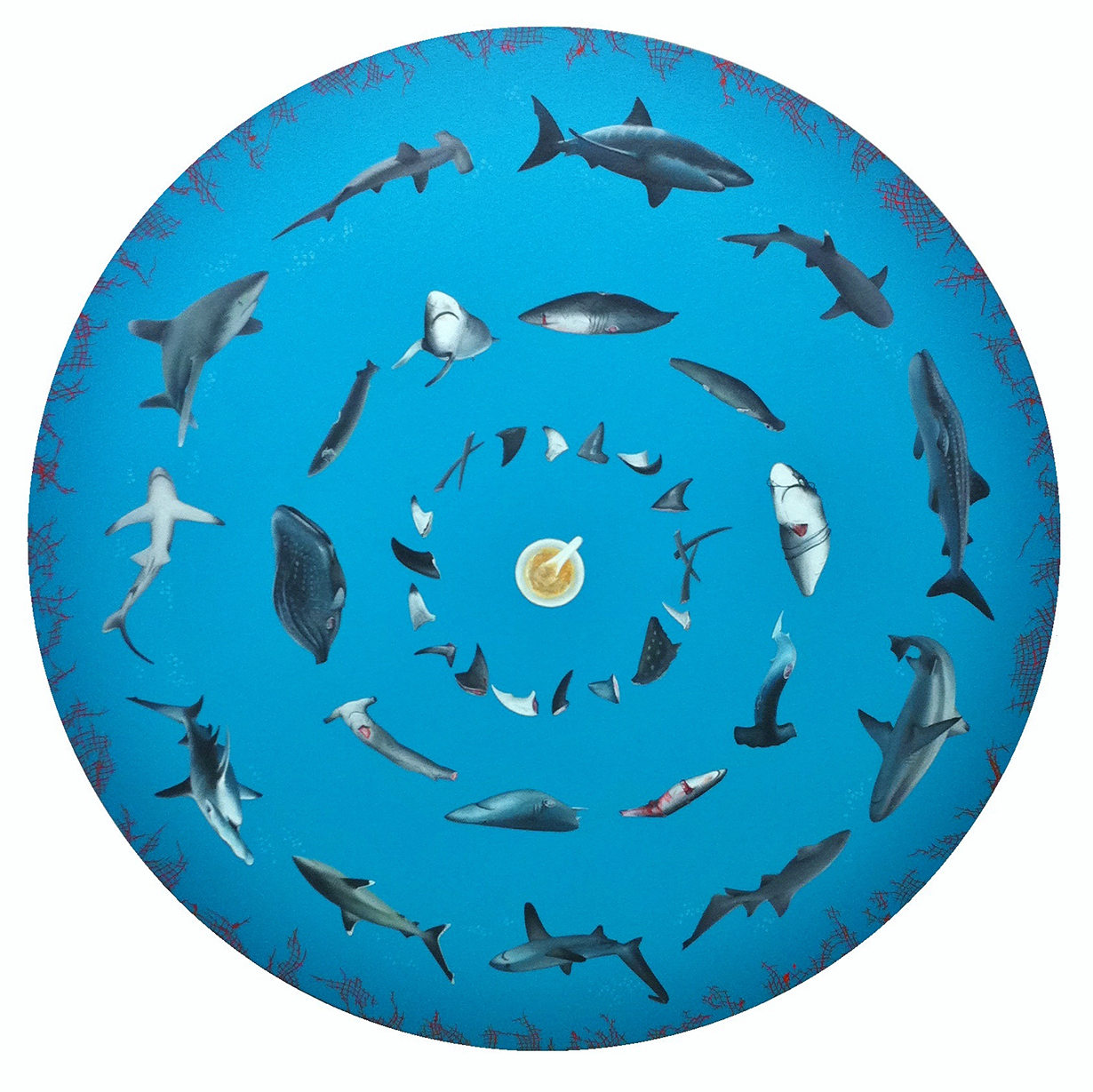 A cetacean-filled exhibition in association with WhaleFest, the world’s largest festival about whales, dolphins and marine life. 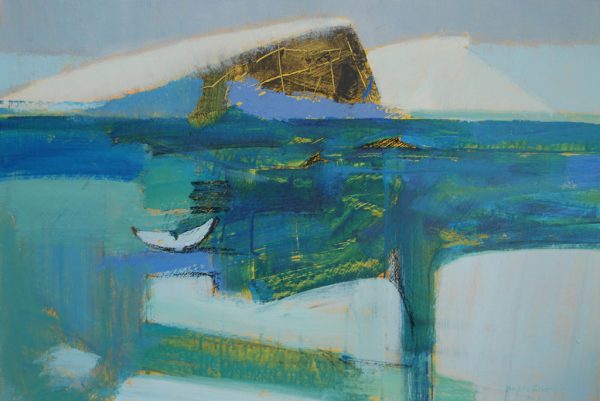 Humpback Whales in The Antarctic by Dafila Scott

WhaleFest is a not-for-profit event, which raises funds for the World Cetacean Alliance (WCA), the only global partnership of organisations working for whales and dolphins. With Jean-Michel Cousteau as Honorary President, the WCA has a focused strategy to end captive Killer Whale entertainment at marine parks, and to save threatened species – such as the world’s last 50 Maui’s dolphins in New Zealand.

Darren Rees has been painting for over twenty years and he is one of our most decorated and highly respected wildlife artists. His first solo book Bird Impressions was published in 1993 to much critical acclaim. Darren is a knowledgeable naturalist and he acts as a guide for wildlife tours to several overseas destinations. He is also keen to promote the work of other painters of natural history and has penned many essays and a much praised series of profiles of wildlife artists. Sharing his enthusiasm for nature through pictures, words and tours has taken him around the globe. 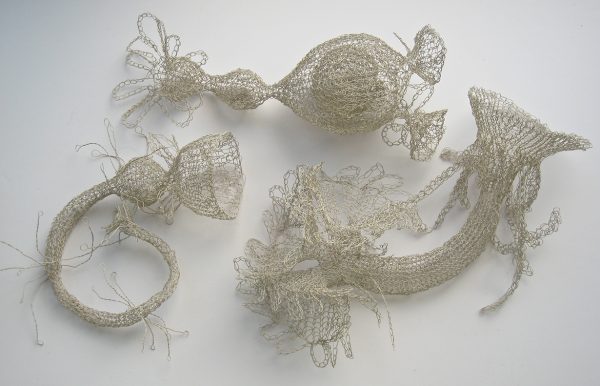 “This is a first. This is the first time I have been assigned to curate an exhibition (other than my one-man shows), but more importantly this is the first Whalefest Arts Exhibition.

Ian Rowlands and Dylan Walker, founders of Whalefest, are brimming with energy and ambition, and both have that ability to infect others with the same qualities. How could I resist their challenge of bringing an arts component to the ever-growing festival of all things whaley? Ideas were tossed about and a wish-list of artists made. ‘Put it out there’ as Ian so often says, ‘and you’ll be amazed.’ And I have been amazed and inspired by the reaction by so many artists – the plight of the world’s cetaceans fosters such responses.

So, if there was to be a show of the finest whale and dolphin inspired art to celebrate Whalefest then it makes sense that it should be in Brighton, and I can think of no more fitting a venue than ONCA. Laura Coleman at One Network For Conservation and Arts is a similar spirit with vision and ambition and has formed a band of like-minded individuals to take this and a myriad other conservation projects forward.

And what of the wish-list of artists assembled here? There is one of Julian Meredith’s celebrated monumental woodcuts and a huge charcoal drawing by Sonia Shomalzadeh from her time working on IFAW boats. Society of Wildlife Artists members on show include David Bennett’s fieldwork from the Scottish west coast; Paul Bartlett’s vibrant collages; Kendra Haste’s three dimensional wire drawing; Madeline Goold’s carved stonework and a beautiful example of Adam Binder’s award-winning bronzes. Katrina Van Grouw and Martin Hayward Harris, both formerly from the Natural History Museum, have brought their own wonderful interpretations of Sperm and Blue Whales. Works from the southern oceans include a suite of field paintings by Bruce Pearson from his most recent trip to the Antarctic; and work from Dafila Scott who ventured to the far south in the centenary year of her grandfather Captain Scott. We’ve the inspirational oversize knitted plankton from Anita Bruce and there’s also an example of Inuit art carved from a bowhead whale vertebrae on loan from Nature in Art Museum. 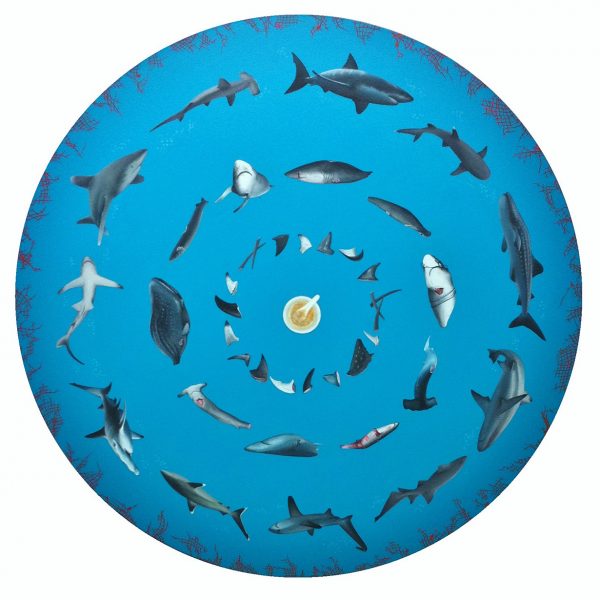 All the exhibits are from people enthused by the wonder of whales and dolphins. All want to share that wonder and all point to the wonder that is in peril of being lost to future generations.

Of course, it’s too difficult to choose a favourite, but one does have a personal resonance for me as it’s from a golden era of wildlife painting and by an artist that has inspired so many of my generation. The honesty and directness of Charles Tunnicliffe’s measured drawing of a Common Porpoise speaks volumes. An artist and a piece with no pretence and with no motivation other than ‘this is what it’s like’ and ‘isn’t nature’s design wonderful.’

Art to celebrate. Art with a porpoise.”