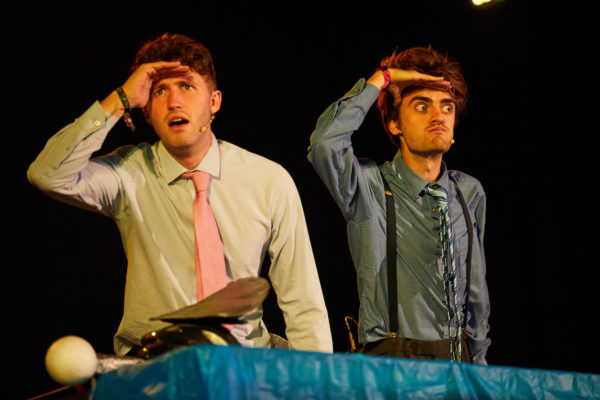 Alongside developing their family show Blue Planet III, they’re hosting TITANIC, a night-time alternative comedy performance party unlike any you have ever seen.

It’s Barge vs. Iceberg in the Titanic grudge match of the century, and we’re all going down with the ship.

Titanic tickets are pay what you feel.

★★★★ Broadway Baby “made me cry with laughter”