For this year’s Pride weekend we are proud to display a triptych of LGBTQ+ portraits by the artist Jacob V Joyce in our gallery window.

Below Jacob shares the stories of those depicted in the portraits and the important contribution they’ve made to queer history:

Osumare is the West African Yoruba Orisha of the rainbow and the water cycle; they are worshiped as a deity both synonymous with and capable of gender fluidity. It is said that Osumare alternates between the form of a woman and a man; like the waters of our earth Osumare is an energy in a continual state of transition. Despite colonial efforts to Christianise Yoruba culture and erase traditional practices that held space for gender fluidity across Africa, respect and reverence of Osumare, and many other African non-binary energies, continues in black diasporas worldwide. This drawing is an invocation of a future that will unbind us from the violence of gender and embrace a spectrum of historical and new queer identities. 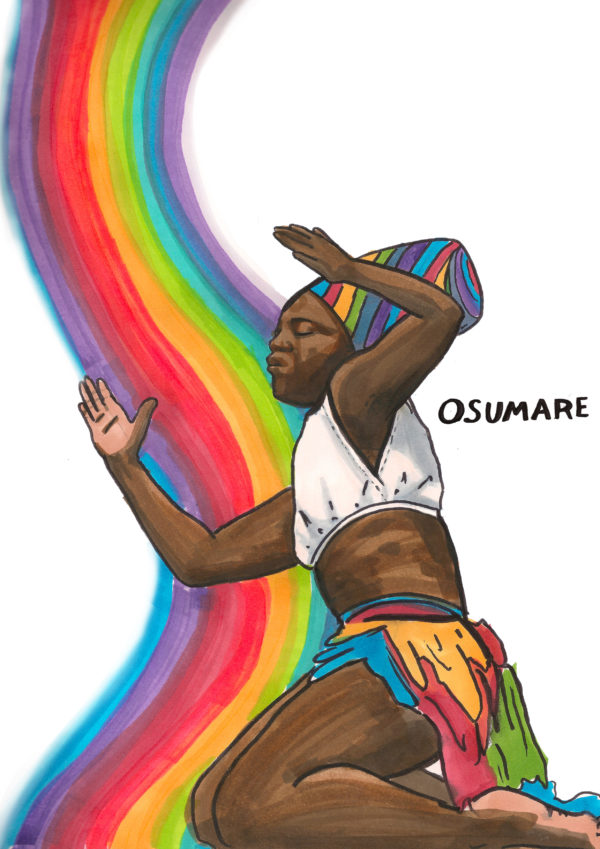 Justin Fashanu was a footballer from Nottingham who became the first openly gay player and the first black player to be signed for over a million pounds in the UK. His personal life became the focus of many newspapers and media outlets that fanned the flames of radicalised homophobia already prevalent in football culture and in general British society. Although Justin was undoubtedly brave for coming out amidst a landscape of toxic racism and homophobia his story is complicated because in the months before his suicide in 1998 he was accused of sexually assaulting a 17 year old in the United States. In the end he was both a victim and a perpetuator of violent patriarchal masculinity that often dominates homosexual and heterosexual cultures. 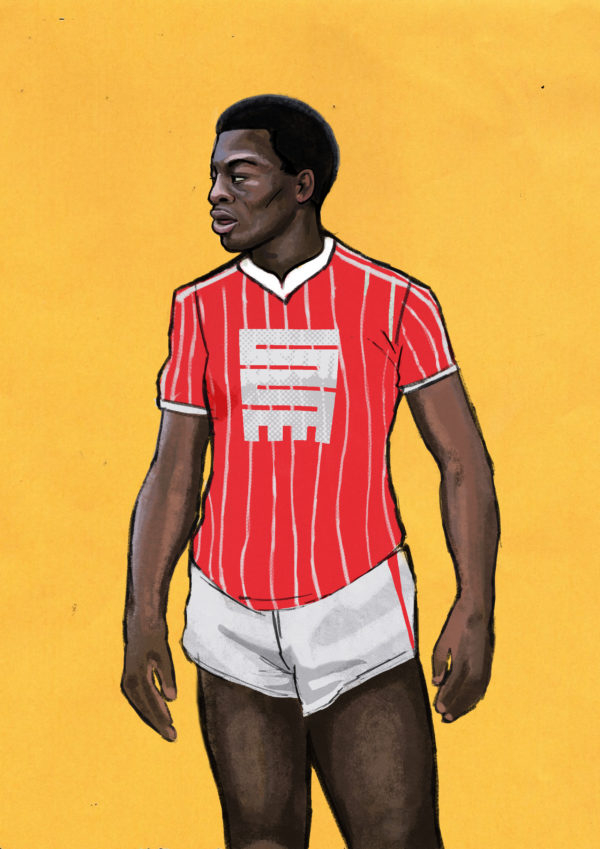 Justin is quoted as saying:

You have got hope

You can do things

People need to know the truth

its ok to allow yourself to express your sexuality.

David Kato was a human rights activist who sacrificed everything for the rights of LGBT people of Uganda. He spent his life on the front line fighting against anti gay laws that were instituted by British Colonial laws which persistently result in many deaths of LGBTQ people in Uganda. Kato is often described as Uganda’s first openly gay man and as a result he was attacked many times in his life. Speaking out against the Ugandan ‘kill the gays legislation’ on the BBC News in 2010 Kato said, “they don’t hate us because they want to hate, it is because of the policy makers.” In October 2010 Kato’s face was put on the front cover of a Ugandan newspaper with the words “Hang Them” and on January 26th 2011 he was murdered. Ugandan LGBTQ people have not lost hope and in 2015 they hosted the first ever Ugandan Pride event. 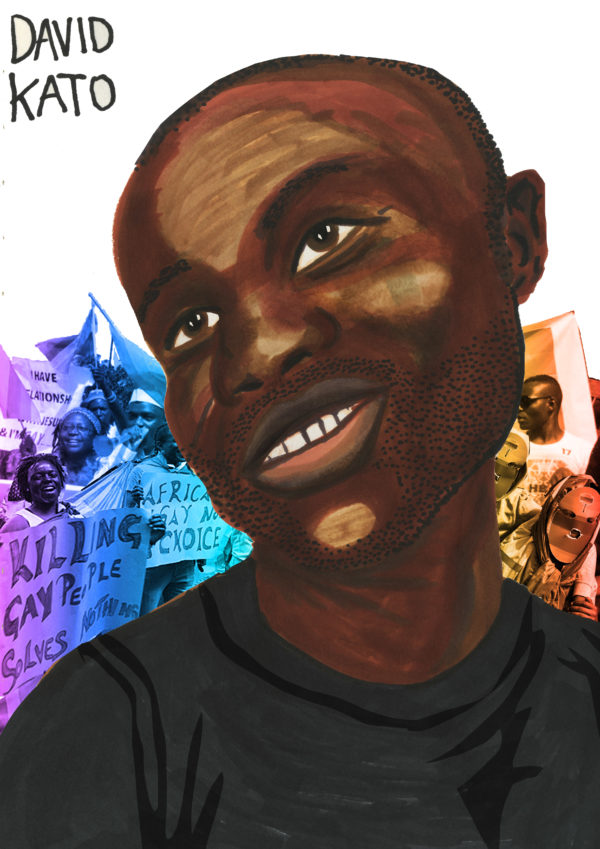 Jacob V Joyce’s work ranges from afro-futurist world building workshops to mural painting, comic books, performance art and punk music with their band Screaming Toenail. Best known for their illustrations, Joyce has self published a number of books and has illustrated international human rights campaigns for Amnesty International, Global Justice Now and had their comics in national newspapers. Currently artist in residence at Gasworks and the Tate Galleries Education department Joyce is a non-binary artist amplifying historical and nourishing new queer and decolonial narratives.