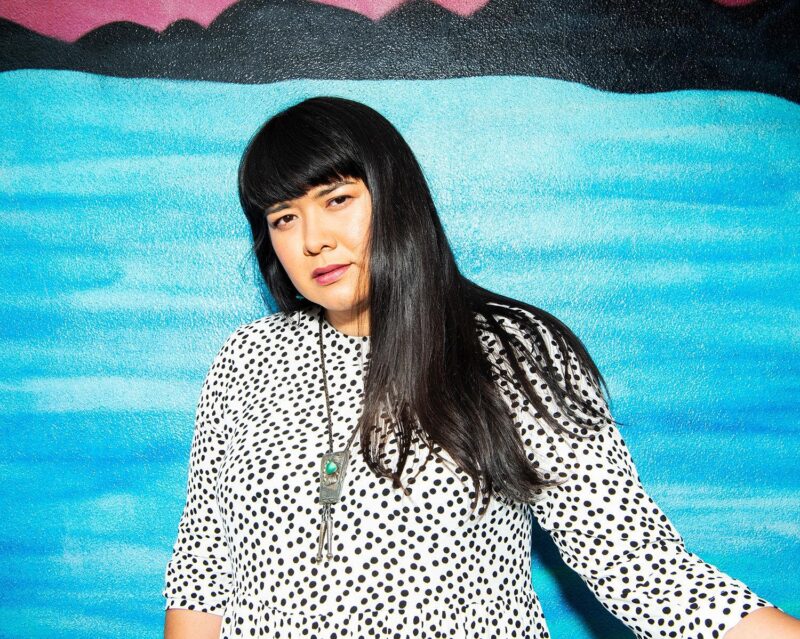 Somewhere between a slumber party, a punk show, a conversation and a mixtape, this Bedroom Hootenanny is not your average Zoom show.

Join ONCA’s community artist and curator Nadia Buyse as she invites some of her favourite musicians from around the world for some songs, stories, laughs, and comradery.

Ticket donations will be shared between ONCA and Potlatch Fund – a Native-led nonprofit organisation that provides grants and leadership development to Tribal Nations in Washington, Oregon, Idaho and Montana, USA. Potlatch Fund works to promote diversity and address inequality by educating foundations about Tribal communities, introducing them to Native nonprofits, and holding funder briefings specific to Indian Country.

Katherine Paul “KP” is a Swinomish/Iñupiaq singer-songwriter and multi-instrumentalist based in Portland, Oregon. Her music is influenced by post-rock, alternative rock, and Native American traditional music. She has released an EP and two albums under the moniker Black Belt Eagle Scout. Her self-titled EP as Black Belt Eagle Scout was released in June 2014. Her debut album, Mother Of My Children, was first released by Portland tape label Good Cheer Records in 2017, then re-released in September 2018 by Saddle Creek Records.On April 26, 2019, Saddle Creek released a new Black Belt Eagle Scout single titled “Loss & Relax” on a seven-inch vinyl backed with b-side track titled “Half Colored Hair”.

“My name is Katherine Paul and I am Black Belt Eagle Scout. I grew up on the Swinomish Indian Reservation in NW Washington state, learning to play piano, guitar and drums in my adolescent years. The very first form of music that I can remember experiencing was the sound of my dad singing native chants to coo me to sleep as a baby. I grew up around powwows and the songs my grandfather and grandmother sang with my family in their drum group. This is what shapes how I create music: with passion and from the heart. After the release of Mother of My Children, I felt awake and desperately wanted to put new music out into the world. I had no real intent behind At The Party with My Brown Friends except creating songs around what was going on in my life. In the past few years, the reciprocal love I experienced within friendships is what has been keeping me going. A lot of what is in this album deals with love, desire and friendship.”