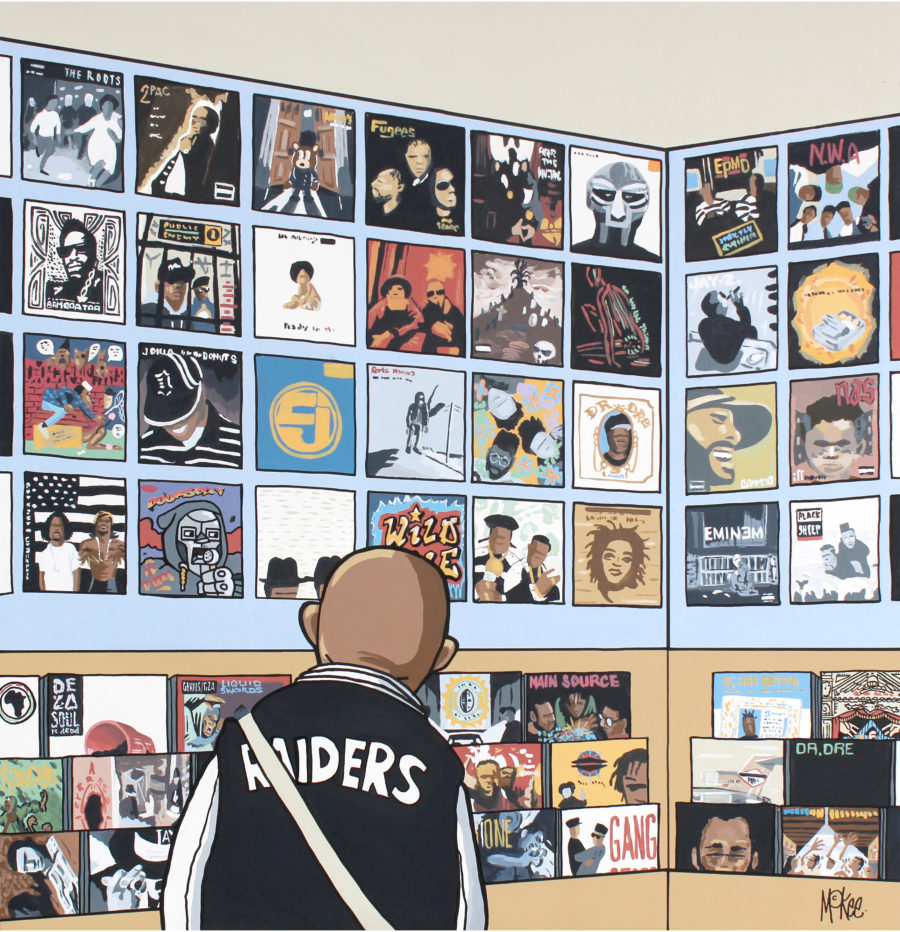 Pete McKee is delighted to announce the details of his new pop-up gallery in Brighton. After the success of his pop-up galleries in Manchester and London, Pete will be showcasing his unique and highly collectable work in this iconic seaside city.

His artwork provides a unique perspective on working class life, offering humorous and tender social commentary on the community he grew up in. His work is also heavily influenced by his passion for music and subcultures.

A selection of classic and new McKee work specially selected for this pop-up event in Brighton will be displayed, in addition to spring/summer products, his new book and limited edition and original pieces. So, plenty to discover for those who already follow his work and for those who are yet to be acquainted with it.

Pete will also be holding a signing for his new book ‘Council Skies’ at ONCA on Saturday the 15th of June from 10am – 12pm. Later that same day Pete will give a lecture on his artwork and latest publication followed by a Q & A at The Old Courtroom in Brighton Museum, just a stone’s throw away. This event, which runs from 6.30pm – 8pm, is free but seats must be booked in advance through Eventbrite. 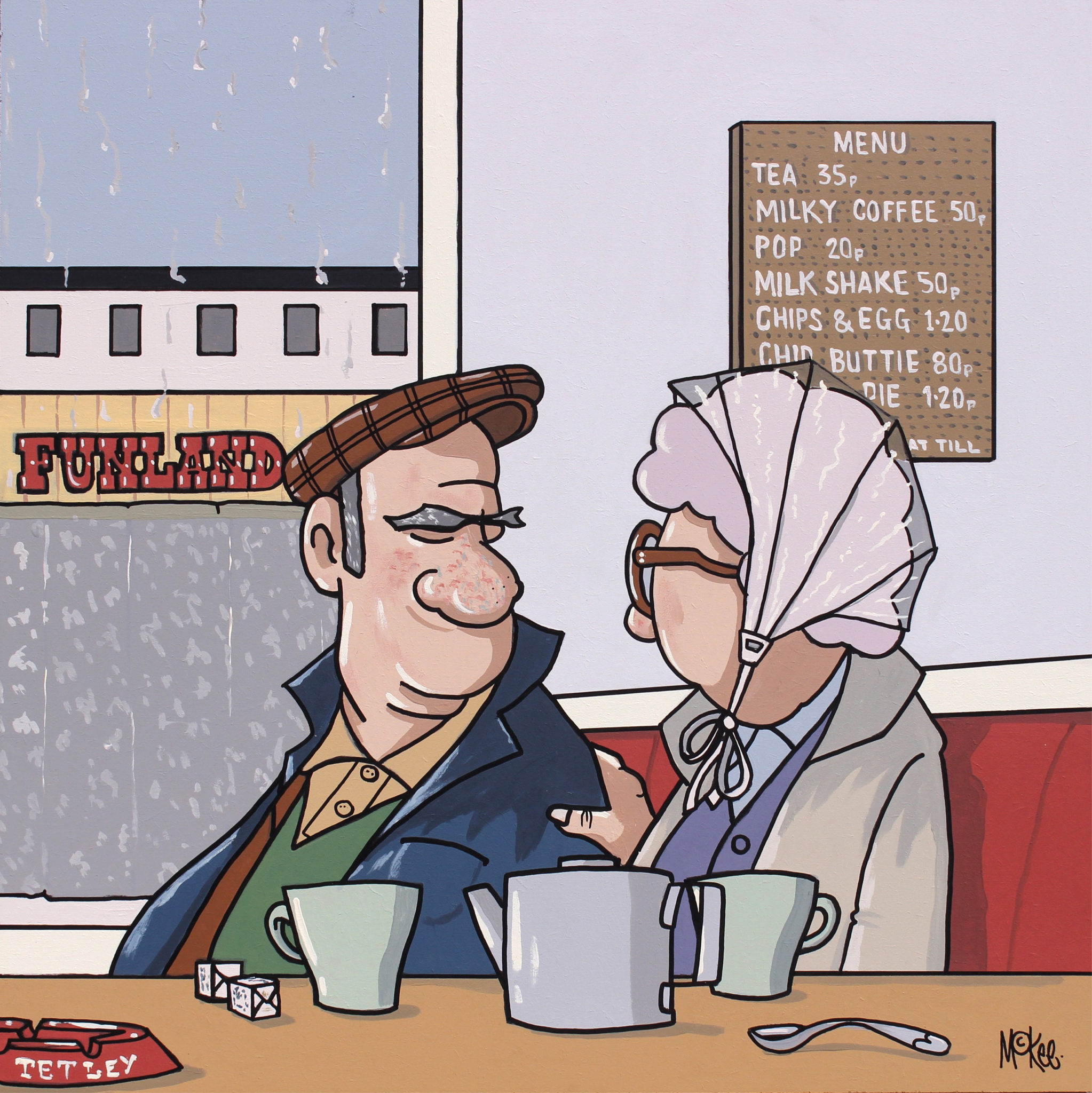 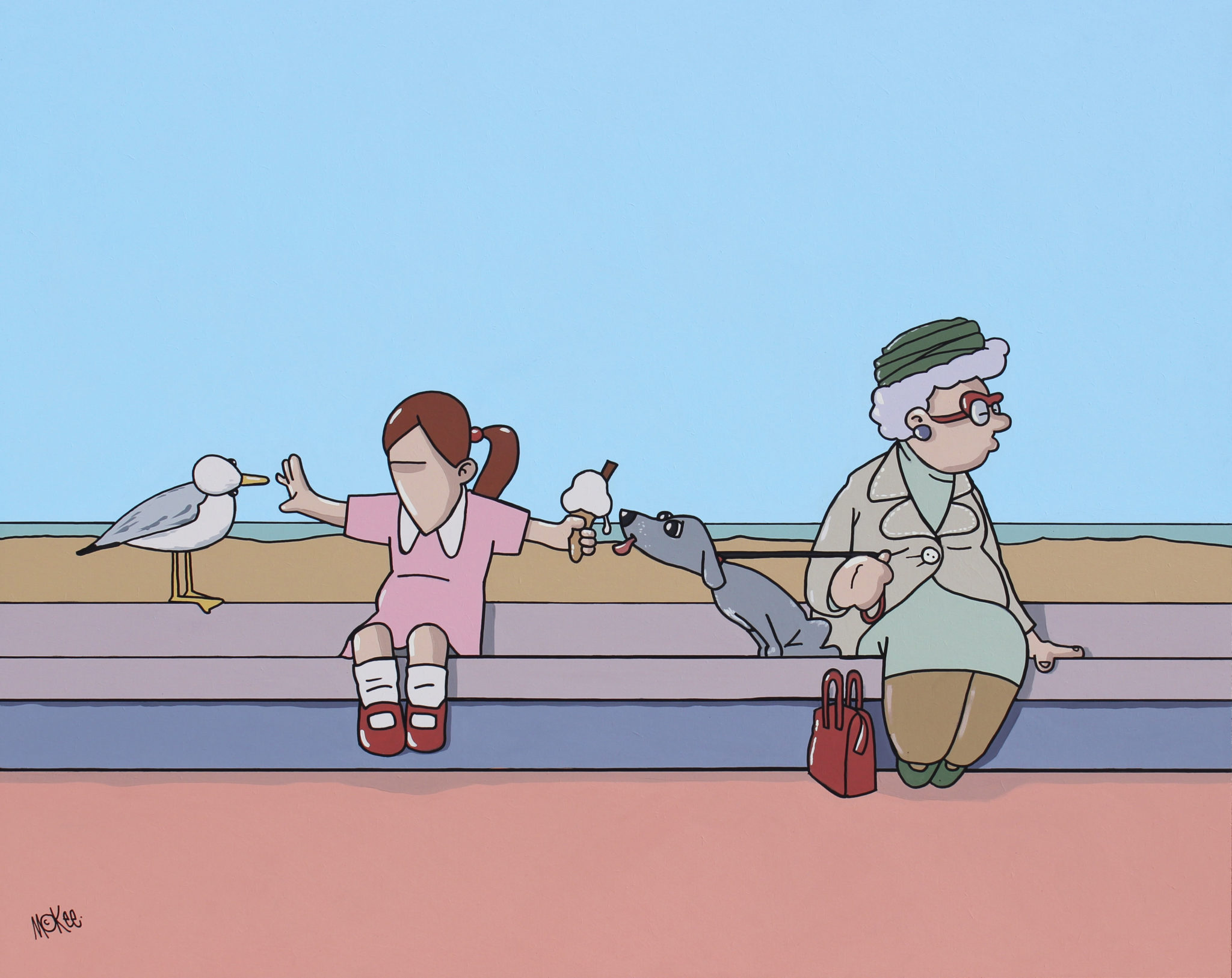 Pete McKee has forged an artistic career that has gained a worldwide following. Self-taught, McKee developed a signature style influenced by his years as a professional cartoonist, contributing to his work’s balance and minimalism. A nod to Pop Art, his paintings are often colourful. Fine black lines create his images, echoing the ‘Cloisonné’ style where strips of metal divide coloured enamel, traditionally seen in Chinese pottery. Classical paintings are echoed in his work, referencing Vermeer, Manet and Hopper.

His work regularly explores working class culture and humour, directly influenced by his upbringing. McKee grew up on a council estate during the ’60s and ’70s in Sheffield, a city rooted in the steel industry. His passion for subcultures and music is also evident in his work, depicting mods and rockers as well as many musical greats including the Beatles, Bowie and Hendrix.

McKee’s prolific work ethic has led to multiple creative collaborations. He has worked with Paul Smith, the Arctic Monkeys, Richard Hawley, Oasis, BBC 6 Music, Disney, ACME Studios, Warp Films and Rega. He has raised over £180,000 through his work for Teenage Cancer Trust and is also a patron of the Sheffield Children’s Hospital charity, Artfelt.