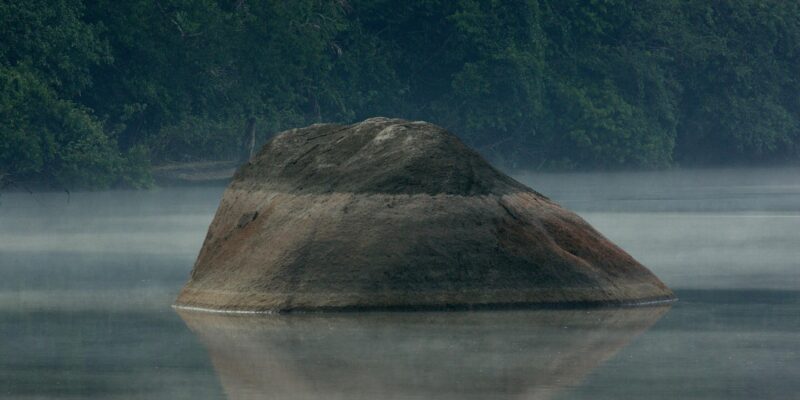 Made collaboratively with a Maroon community in the former Dutch colony Suriname, ‘Stones Have Laws’ (Dee Sitonu a Weti) blends myth and storytelling with ethnographic filmmaking. Join us to watch it online together as part of the Lost Species Day 2020 weekend gathering.

STONES HAVE LAWS – TRAILER from VRIZA on Vimeo.

Stones Have Laws is an immersive initiation into the life of a Maroon community in the former Dutch colony of Suriname. Combining stories of African ancestral traditions and escaped slavery with enacted contemporary rituals, the film explores how the community’s powerful ties to the land have become endangered as industries threaten to devastate the region through deforestation and mining. Dutch artists Lonnie van Brummelen and Siebren de Haan and Surinamese theatre maker Tolin Alexander closely involved the community in the development of the project, which was made using an experimental process of collective scripting. The result is a unique cinematic form that bridges filmmaking, poetry and theatre and demonstrates the links between racism, slavery, colonisation, social injustice and modern environmental disasters.

The film will be introduced by Lost Species Day co-founder artist Emily Laurens. After the screening, we’ll hold an informal post-show discussion finishing at 9.30pm. This will also be a chance for people to meet each other and socialise online. This event will be hosted via Zoom (meeting link to follow). Participants will be given a time-limited link to watch the film direct from Vimeo.

Tolin Alexander: Surinamese theatre maker, poet and performer Tolin Alexander joined the Stones Have Laws project as researcher and co-director in 2015. Alexander is a specialist in cross-cultural theatre and community projects. He co-initiated the Culture Caravan that travelled to Ecuadorian and Colombian villages plagued by violent groups. Most recently he collaborated with the crew of the Dutch-flagged Ship of Fools to present a new play in Paramaribo.