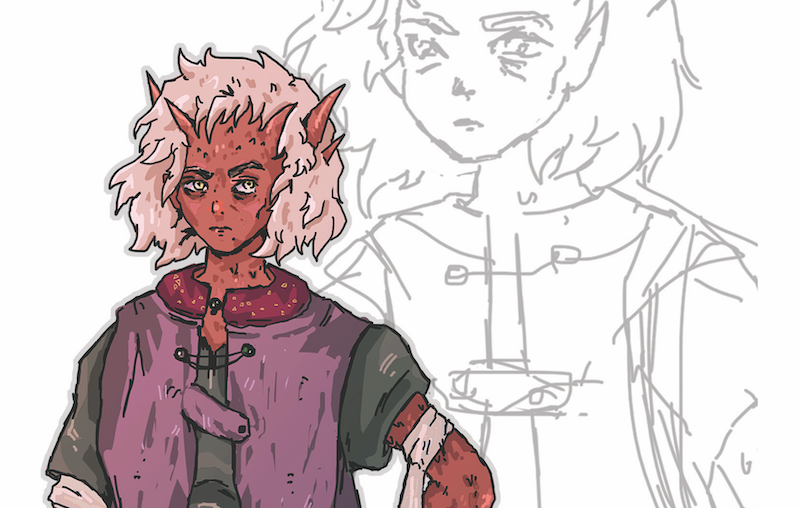 Revising high fantasy tropes while discarding harmful baggage such as inherent good, evil and alignment, racial traits and the coding of monstrous creatures, The World After: Lost Eons gives High Fantasy a clean slate to build a new space for magic, heroism, fights for social justice and grand adventure.

Lost Eons is a setting for the World After, based on visions of England in the deep future after global sea rise. In this world 8000 years into the future, following a catastrophic man-made ecological crisis, The Cataclysm, those who remained have become post-human hybrids in the seclusion of underground Havens. Only now are they resurfacing, to face this verdant world where our present is their archaeology. In this Intersection they have to find new ways to survive and form kin, while staving off the extractivist colonial Mars-based corporation, CryOrg.

Sign up via Eventbrite to join artist David Blandy for this 2-session (6-8pm) table-top role-play jam to consider the consequences of climate change, how we can work together to imagine a better world, and how to build stories and imagine new legends for a diverse world. Lost Eons participants will create a table-top role-play game (TTRPG) based on Brighton’s geography and history. Through drawing, writing and active play sessions we will create a future world, generating self-portraits projected into a far-distant time, where humans have adapted and merged with the area’s flora and fauna. These new characters will then develop new myths, with maps, legendary figures and illustrations. The project will form a future archaeology of Brighton.

The work done by everyone involved will be incorporated directly in the project, or, if they prefer, interpreted by professional illustrators Cat Rogers and Wumi Olaosebikan, co-creators of the World After book.