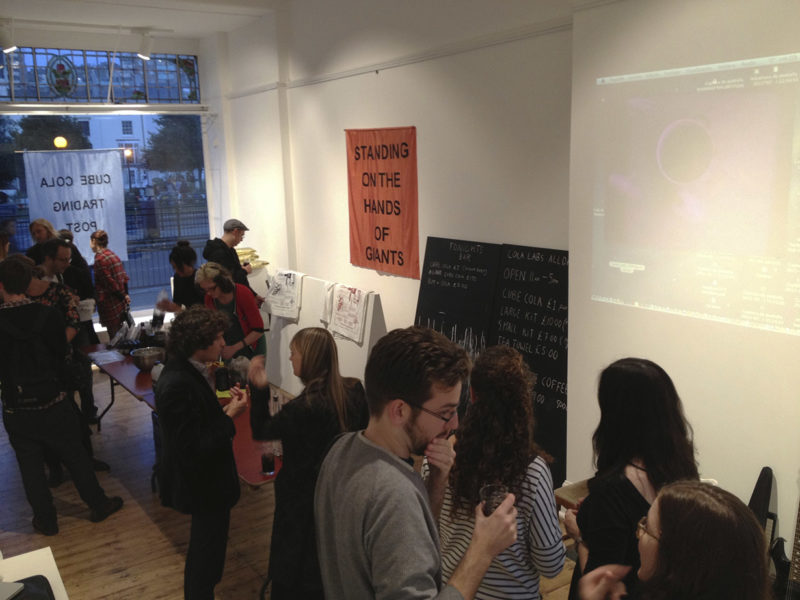 The Trading Post, stationed at The ONCA Gallery from Sept 18-22, operated as a Cube-Cola factory, drinks bar and open shop.

The artists and invited guests tunnelled deeper into the drink’s social and biological connections, experimenting with home-carbonation, street-trading, sugar and other antiheroes and open source colour.

Cube-Cola worked with experts including students from Brighton and Portslade Aldridge Community Academies. Coffee from the Feral Trade network, traded over social networks, was also served. 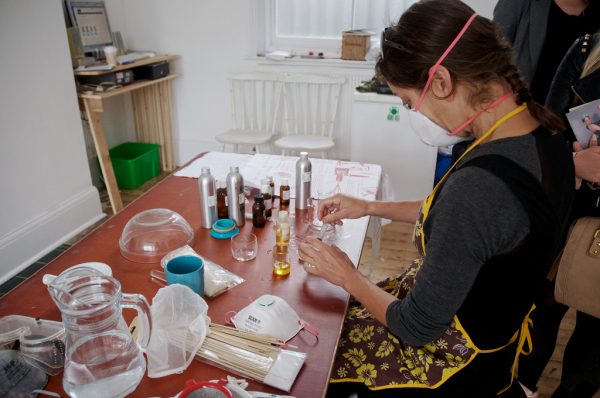 Cube-Cola are wildcrafting their own cola from an open source recipe, reverse-engineered from the original Coke. The project brings together tools and methods from the science lab, home kitchen and open source software to produce an iconoclast DIY soft drink. Cube-Cola is an open source drink, developed at Bristol’s Cube Microplex from a recipe reverse-engineered from the original Coke. At Brighton Digital Festival, artists Kayle Brandon and Kate Rich will set up a Cube-Cola Trading Post on London Road for the making and drinking of open source beverages.

Cube-Cola is a collaboration between Bristol-based artists Kate Rich and Kayle Brandon. They volunteer at Bristol’s Cube Cinema and are members of Irational.org, a transnational art collective. Their work deals with relationships to nature, urban space, animals, architecture, sports, finance, trade and survival. Cube-Cola has been produced and presented internationally in art museums and offices and is available anywhere by mail order. As a start-up beverage, Cube-Cola hacks into one of the dark icons of our age.

Friday 20 September at 7pm – a DIY Party with a guest lecture and cocktail tastings from engineer and technologist Francisco J. Fernández Gallardo followed by a DIY 3D movie – Cube-Cola the Making of – with live score performed by zoo rock anti sound collective The Bubbles.