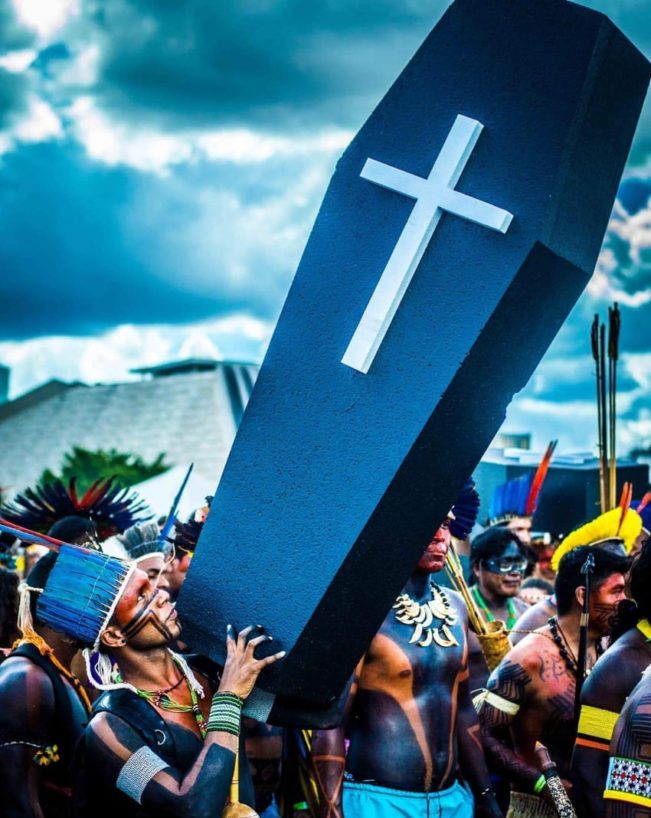 We live in a time when people are transforming the earth’s climate, changing the skin of the planet through deforestation, dredging the seas and delving for metals and fuel. Resistance to this systematic change is powerful and sometimes successful – and is violently repressed.

Across the world over the last 15 years, more than 1500 people have been killed because they took action to defend their lands, forests, rivers and environment. Thousands more face criminalisation, threats, vilification and ‘slow violence’ – loss of the lands and conditions that they need to exist. Their stories are diverse. Some defenders choose to take on a life of activism, while others are forced into a desperate situation where they are fighting for their survival. Some are professionals, such as lawyers and journalists. Some are farmers, peasants, fishers, or forest peoples.

Development projects, agribusiness and extraction of natural and mineral resources are portrayed as suitable, economically advantageous and inevitable. But many experiences of those directly impacted, some of which are portrayed here, show us the price of ‘progress’. What is being lost? A grandfather’s cashew, tamarind and resin trees; his hopes for his grandchildren’s independence. The languages and cultures of indigenous peoples in Brazil, whose identity is threatened by their new president, and who face the invasions of miners, ranchers and loggers. Ways of seeing and valuing the world that put us in the heart of it. And at least three times each week, we lose someone who dared to resist.

This exhibition of work from Cambodia, Brazil and Bangladesh invites us to understand and explore these struggles.