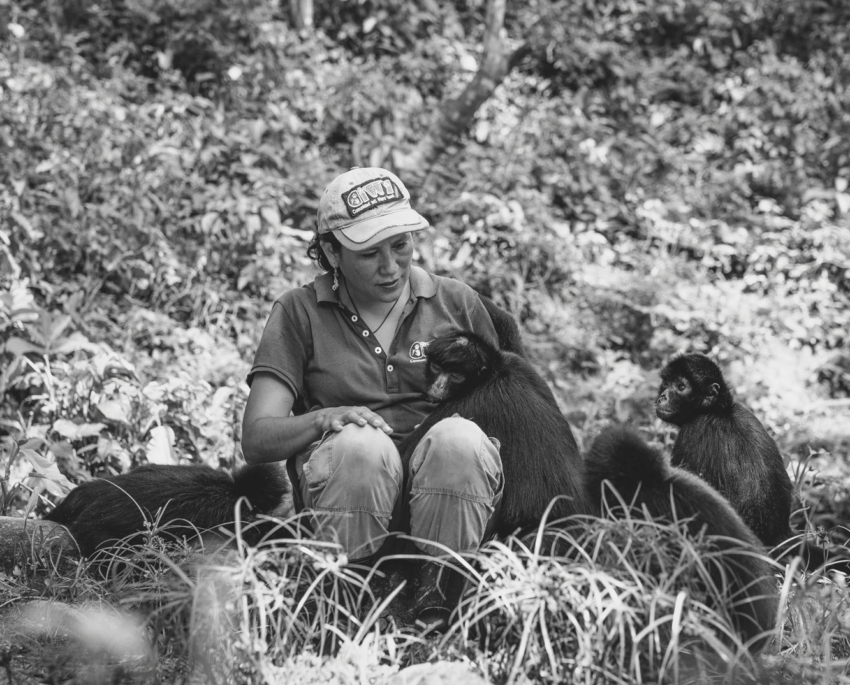 Tania ‘Nena’ Baltazar Lugones was born in the Yungas region of La Paz. She studied biology at the University of La Paz when, in 1992, she founded Comunidad Inti Wara Yassi (CIWY) together with other activists to carry out activities in defence of the environment and wildlife. Inti Wara Yassi means “sun”, “star”, and “moon” in Quechua, Aymara and Chiriguano-Guaraní, the three main Indigenous languages in Bolivia.

CIWY created the first ever wildlife sanctuary in Bolivia for the care of animals rescued from illegal trafficking. Nena spent fourteen years as General Director of Machía Sanctuary and was instrumental in the expansion of CIWY in later years. In 2010 she was elected president, her current position. In 1997 she received the Environmental Leadership Award from the Junior Chamber of La Paz, for her work leading youth in environmentalism.

In 1998 she received the Women’s Creativity in Rural Life Award from the Women’s World Summit Foundation (WWSF) for her environmental work. She is the youngest woman to receive a WWSF award.

She has made CIWY’s mission her life’s work, having dedicated herself to the organization since she was 18 years old. It was then that she rescued a young spider monkey, also called Nena, and changed her life – left her studies in biology and went on to found Machía – in order to give that spider monkey, and all the others who were in need, safe homes in the rainforest.

ONCA would not have been created without Nena, and her work protecting and rescuing wild animals and the rainforest those animals, and the peoples of Bolivia, depend on.