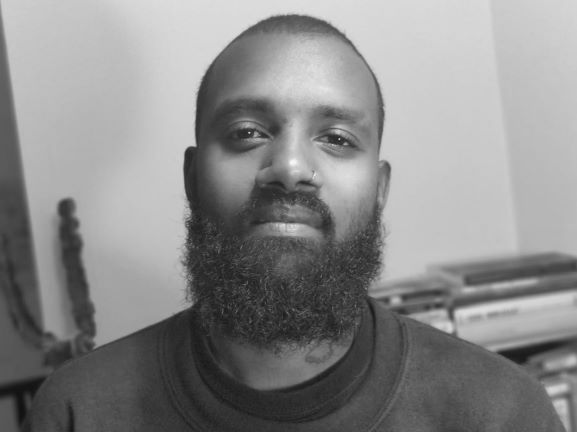 Joshua Virasami is an artist, writer and political organiser whose work intersects across political struggles and whose campaigning sits in a variety of organisations.

He has been involved in various movements including Occupy and Black Lives Matter.  Joshua uses writing, film, music and direct action to educate, agitate and organise toward social change. As well as being a political activist in the UK, Virasami has spent time studying and travelling in Balochistan, Kurdistan, Mauritius and over eighteen countries around the world. He is a second generation immigrant who grew up in Hounslow, West London.

“In an increasingly reactionary world, ONCA is a haven of lucidity and nuance, using culture and critical practice to engage the climate catastrophe, proactively. The output from ONCA is not just refreshing but radical and necessary, playing a vital role in planting seeds for the climate activism of tomorrow. I’m proud to be a patron of ONCA simply because it represents the commitment to transformative praxis that is urgently needed to carry environmentalism to the space it need to be.” – Joshua Virasami