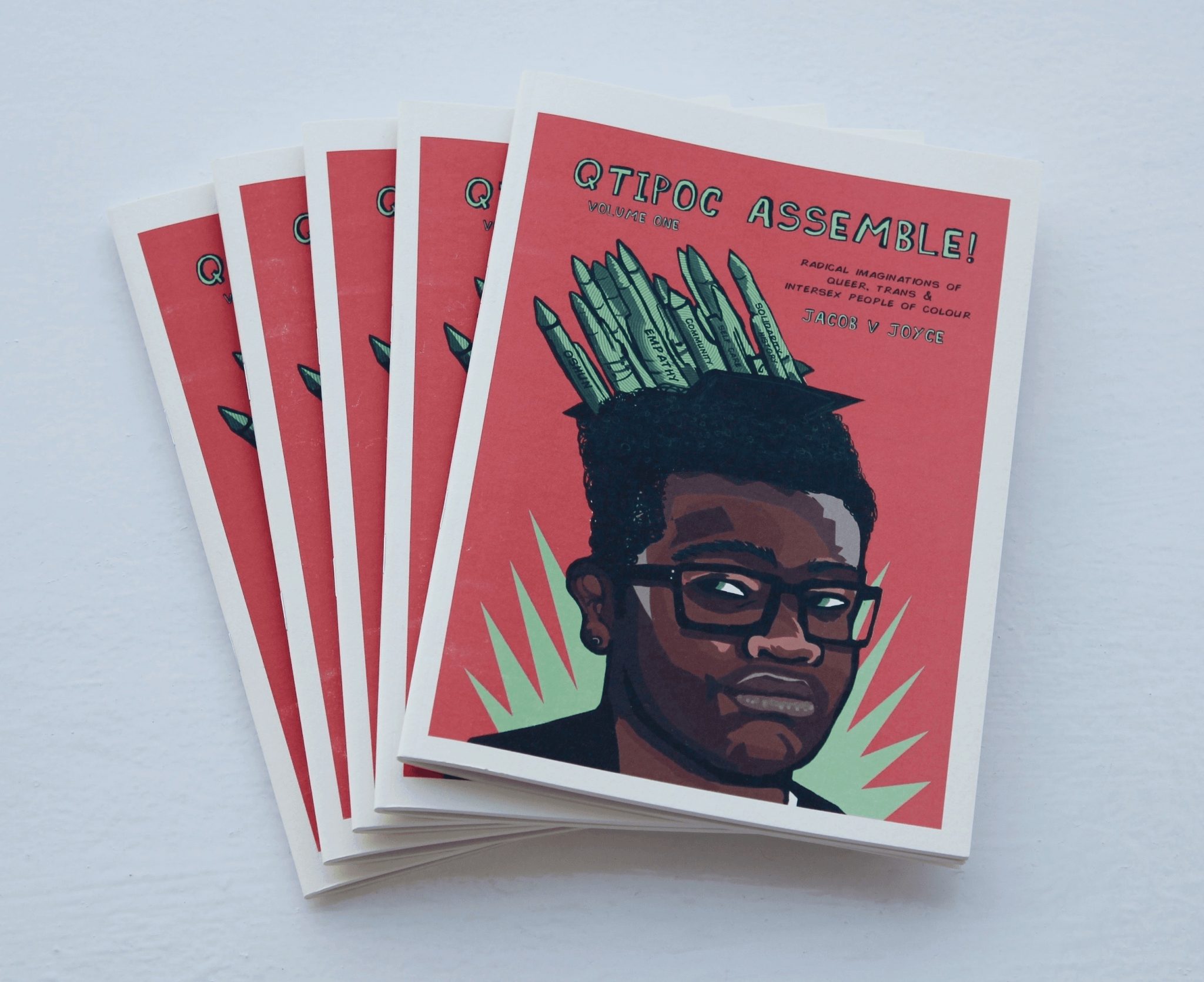 QTIPOC ASSEMBLE Volume One, a book of illustrated interviews printed in full colour on beautiful heavy weight cartridge paper. A5, 28 pages long plus a key of useful terminologies.

At an anti-corporate pride event during the summer of 2015 artists Aaks Hits, Abdul Rufai Ajala and Jacob V Joyce decided to photograph and interview 40 QTIPOC (queer, trans & intersex people of colour) asking them all the same question:

“If you had a super power to fight white supremacist, ableist, hetero-patriarchal capitalism what would it be and how would you use it?”
This book is just one outcome of many conversations started on that day and is intended to archive and illustrate the radical imaginations of people navigating intersecting oppressions of race, gender and sexuality. This book is a record of oral histories collected at an outdoor social event created by QTIPOC for QTIPOC and allies. The interviews are unrehearsed and unedited and as a result contain strong language that may offend people who are unwilling to commit to a process of undoing white supremacy.

The word whiteness is used not as descriptor for white people, but the arbitrary power structure which allows for an establishment of an ideological normativity in order to legitimise and maintain colonial exploitation and the dominance of European/American imperialism. 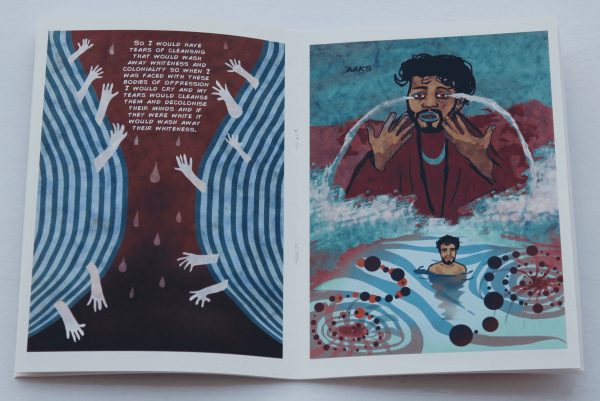