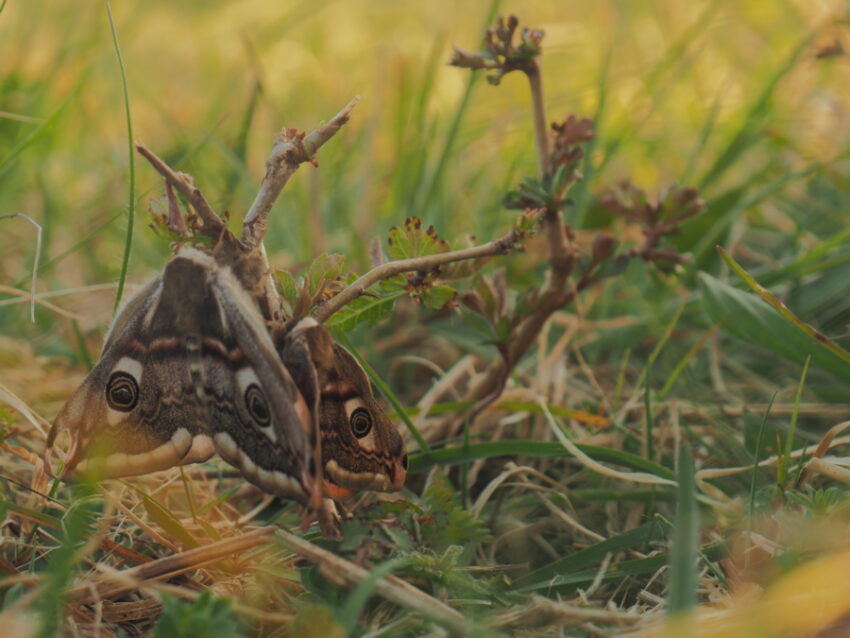 Announcing the selected artists for The Living Coast Artist Residencies 2022

This paid opportunity for artists and makers living and/or working in The Living Coast area is advertised annually, and includes up to a month’s access to the ONCA Barge artist studio.

The thematic for this year’s call was the ‘connection between immersion in the natural world and physical and mental wellbeing’. Across a strong field of applicants, proposals from Rachel Henson and Andrés Saenz de Sicilia particularly stood out.

Rachel Henson’s practice is based on exploratory walking and how it gives rise to altered states of attention. She uses photo animation and moving image to make located experiences about how we perceive, interpret and navigate locations. She asks people to view her work in the place it was filmed, often in a way that involves their physicality. Past projects include: paper flick books as point-of-view navigation tools, and mutoscopes installed in situ as hand-cranked augmented-reality devices.

Rachel explains that, ‘During pandemic lockdowns, walking only in places we could reach on foot from our front door meant an intense reconnection with overlooked, nearby natural spaces, and a recognition of their value for our mental health. This residency will examine the urge to walk out of built up areas when dealing with difficult feelings and find ways of defining the qualities of particular locations that help. Uplifting qualities can be hard to describe, sounding woolly and weightless when set against other more quantifiable attributes used to assess a location for conservation or development. Scientists’ frameworks for studying the mental health effects of natural places define terms such as ‘soft fascination’ and ‘ephemera’ for phenomena (moving leaves, changing skies, light on water,) which seem to have positive effects. In this residency, in a series of exploratory walks into different habitats within the biosphere, alone and led by guardians of community land, I will reflect on these frames of reference, while creating my own. Some questions: How to map the process of mental untangling? How to quantify a happy place? Are there links between happiness and biodiversity?’

Andrés Saenz de Sicilia is a British-Mexican sound artist/performer, philosopher and researcher. He holds a PhD from the Centre for Research in Modern European Philosophy, Kingston University London and teaches at Central Saint Martins, University of the Arts London. His works and performances have been featured in programs at the British Museum, Victoria & Albert Museum, Café OTO, Whitechapel Gallery, Museo d’Arte Contemporanea di Roma, Villa Lontana, Flat Time House and ZKM Center for Art and Media, Karlsruhe. He has released music both under his own name and as Pataphysical on record labels including 12th Isle, Good Morning Tapes and Villa Lontana Records.

For his residency, Andrés says, ‘I am interested in how sound can function as the medium of a psycho-social-ecological journey, both in the process of its capture and creation and as a listening experience. Using field recording techniques to explore and engage with the living coast biosphere, I am going to carry out a process of creative research: documenting, archiving, mapping and constructing responses to the environment and communities of the biosphere. I make extensive use of hydrophones (underwater microphones) in my work and a part of the residency will be used to create an archive of underwater audio that registers the unique living coast ecosystem through sound. Participating in this residency will provide an opportunity to explore the application of my existing practice to a coastal environment and to experiment and test out new techniques and approaches in context-responsive creation that aims to foster lasting awareness and responsibility for threatened social-ecological spaces.’

Both residencies have the potential to enrich and add to the understandings of specificities of The Living Coast and to catalyse interdisciplinary dialogue and knowledge sharing.

Biospheres are a spatial designation, recognised for their globally important habitats, species, environmental & cultural heritage, but also for the way local communities live, work and learn sustainably in the area. The Living Coast’s Biosphere designation is built upon the chalk block of the Eastern South Downs, from the River Adur in the West to the River Ouse in the East, following the Northern edge of the Downs escarpment to encompass the towns of Ditchling and Lewes, and also extending two miles off shore to incorporate the chalk reef.  Within the Biosphere we have 14 sites of Special Scientific Interest, 2 National Nature Reserves and European Special Area of Conservation and one Marine Conservation Zone.  The majority of our special sites are designated as good examples of rare chalk grassland, which are classified as priority habitats in the UK (habitats that are identified as most threatened and requiring conservation action).  Chalk grassland has a rich cultural and environmental heritage, however over 80% of this habitat has been lost in the UK since World War Two.