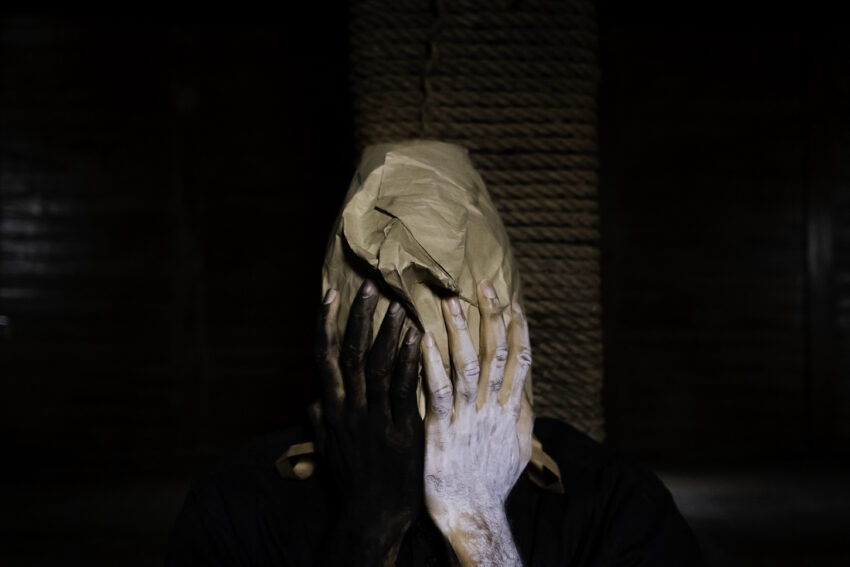 Lagos-based photographer Bernard Kalu completed an Enjoolata artist residency on ONCA Barge in April 2022. Onye Ocha Biara Uwa Ojii, the body of work that emerged, is a continuation of Kalu’s exploration of the subject of colourism.

Colourism (or shadeism) is a form of prejudice and/or discrimination in which people who share similar ethnicity traits or perceived race are treated differently based on the social implications that come with the cultural meanings that are attached to skin colour. Discrimination based on skin colour is a type of racism.

‘When I was a young boy, one of my aunts, who I hold in fond memories, often called me “onye ocha biara uwa ojii”.  The literal meaning of her endearment was: “the white man who came to the world as black”, or “the white man who came to a black man’s world.” She hailed me with such joy whenever she set her eyes on me, that I knew to expect the eulogising when I saw her from a distance. The nickname was apt because, though I am Nigerian, I am light-skinned. I am Igbo. When my aunt hailed me – calling me a white man metaphorically – it was by way of a preference, that is, the superiority of my lighter skin to others whose skin tones were of a darker hue.

Famed actress Lupita Nyong’o once said, “colourism is a daughter of racism,” a seed that blossomed into white supremacy – the idea that whiter and brighter denotes better. It runs deep in families, in peer groups, this penchant to allot higher esteem to people of a lighter complexion. Colourism has been around for centuries and is “thought to be a lasting relic of slavery; white masters showed preferential treatment to light-skinned or mixed-race slaves, who were often the product of rapes with darker-skinned women”. 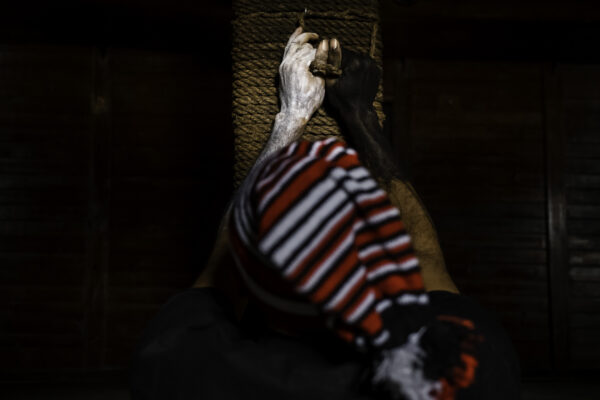 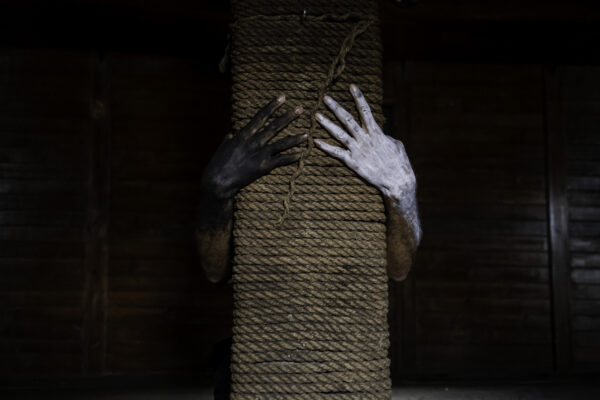 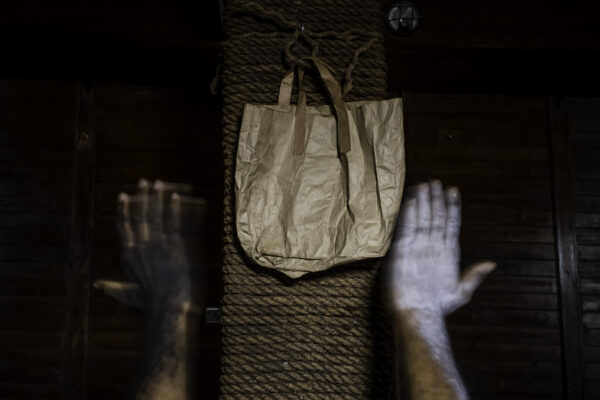 This preference and glorification of light skin isn’t an unknown phenomenon to humanity. Centuries ago in Europe, pale skin was desirable because people associated it with wealth and status. Women who could afford the luxury of staying indoors had pale skin, in contrast to their counterparts who worked outdoors and whose skins were affected by the effects of the sun. Just as the inclination towards light skin isn’t new, neither is the practice of digesting or rubbing in harmful substances to achieve this ideal skin type. In 16th and 19th century Europe, white lead and arsenic wafers—which are both extremely poisonous—were used to achieve a paler look.

The penchant for light skin found its way into the countries of Africa through colonialism. Although it is unknown if colourism existed in Africa pre-colonisation, it is safe to say colonialism widely propagated it. Colonialism brought along with it the white supremacist ideology, which preached the superiority of all things white and the inferiority of all things Black, including dark skin, which was seen as dirty and ugly. Having features closer to whiteness, including light skin, earned you certain privileges. For example, in colonial Rwanda, privilege, power and opportunities were accorded to the Tutsi ethnic group because they had lighter skin, among other physical features that were closer to whiteness, while the Hutu ethnic group with darker skin were treated poorly. More African countries like Nigeria still perpetuate this belief in many ways. 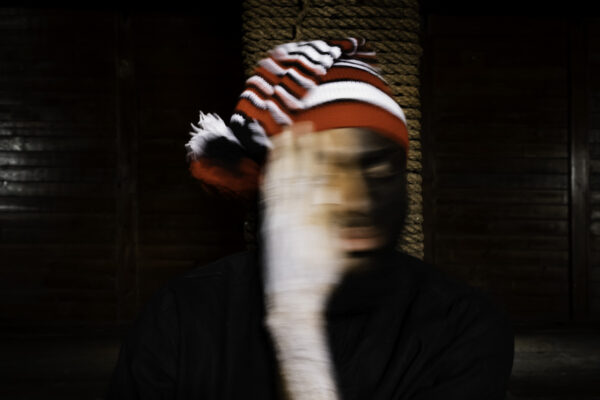 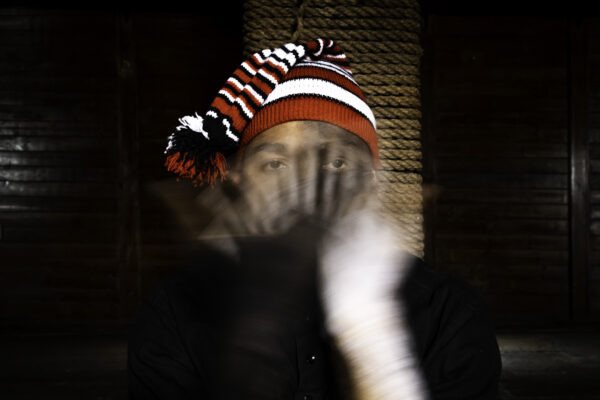 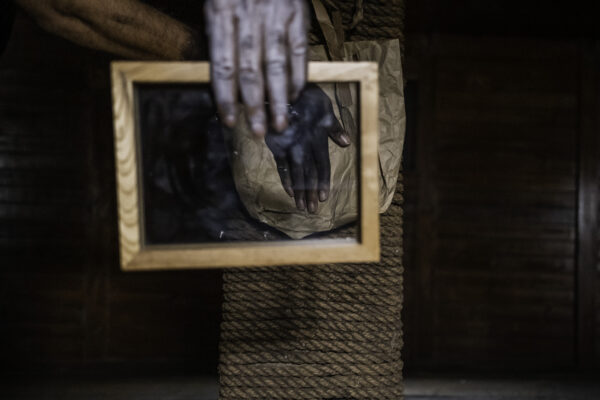 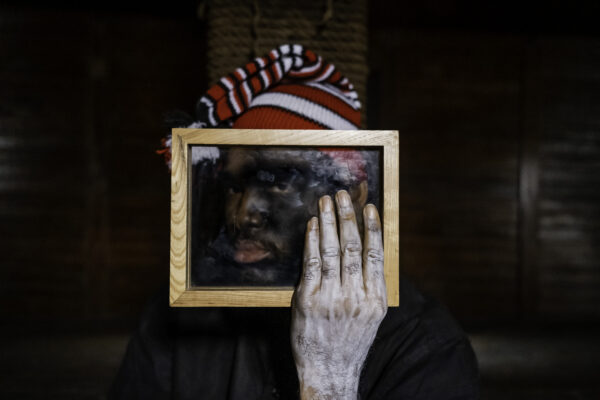 In the job market, some companies hire only light-skinned people. Dark-skinned people are told they won’t be able to attract customers with their dark skin, or they are not the ‘company’s look.’ When I found out one of the major banks in the country practised this, I was amazed that this happens in a place where most of the population is dark-skinned. But when I walked into the bank, I could confirm that all the people you make first contact with, like the customer service personnel, are light-skinned, while the actual bankers who were hidden upstairs were given the pass to be dark-skinned.

Colourism has grabbed beauty standards by the neck. Here’s proof: walk into any store in Nigeria, from the small kiosk by the road to a branch of one of the big supermarkets and even online stores, and you’ll be shocked by the number of skin-bleaching products disguised as ‘lightening, brightening, whitening or glow’ products that aim to reveal your ‘true colour’. Quack injections and pills are sold at alarming rates to achieve lighter skin and some parents bleach the skins of their babies and toddlers, despite the side effects including ochronosis. And it begs to question: who deserves the right to allot superiority based on skin tone? When do we begin to see ourselves outside the lens of colourism and enjoy the contentment of being born with whatever skin we come clothed in? Shouldn’t the unlearning begin now?’ 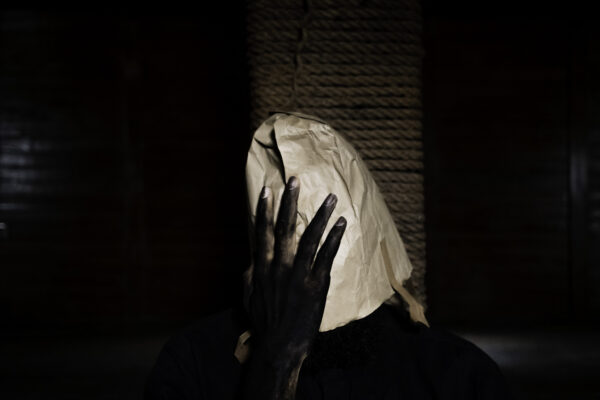 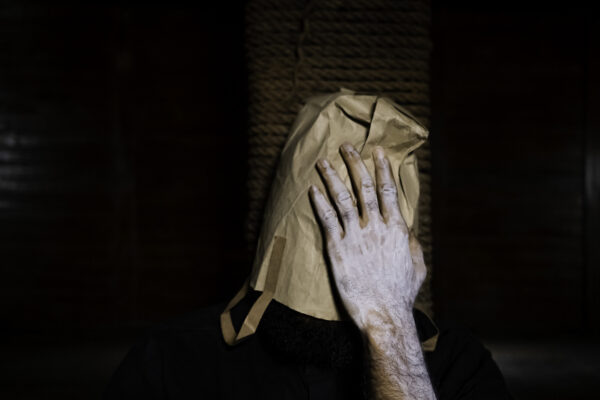 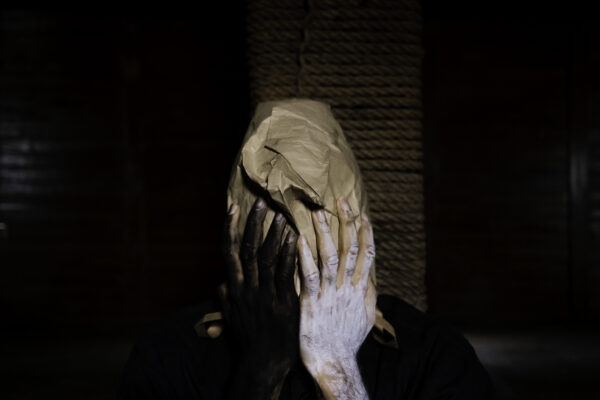 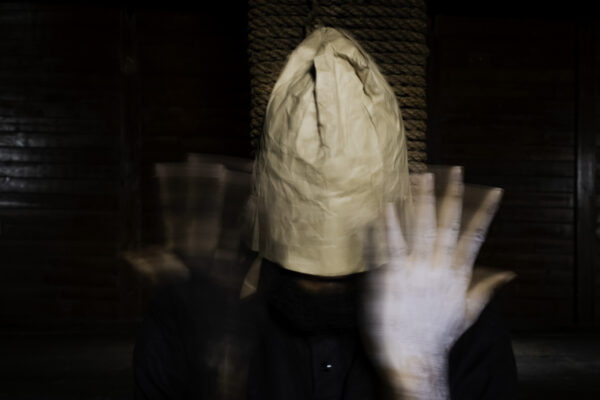 The concepts used to develop the images in this collection are symbols associated with the history of colourism, especially in the USA:

Okpu Agu, the red and white cap used in Eastern Nigeria, is used in the imagery to depict the history of Bernard Kalu and his people as it relates to slavery and colonisation, of which colourism became an inevitable consequence.

Bernard Kalu (b. 1989) is a visual artist based in Lagos, Nigeria, with a passion for humans and the stories they tell simply by existing. His work aims to explore life and humanity.

Photography is drawing with light and he’s adopted it as a tool to not only tell stories but preserve today for the future. Bernard began working in photography in 2014, exploring street documentary and creative twists to wedding photography – with Auxano Photography, now Verteller Studios. He is a certified Canon Miraisha master storyteller, VII Academy Foundry alumni, first runner up in the 2017 NATGEO Portfolio Review, a nominee for World Press Photo 6X6 Global talent 2020 and has been on assignment with a number of organizations within and outside Nigeria. To mention a few, The Lancet, Bloomberg, IFAD, NBNL, MyAfricanPassport Inc. and so on. Also, he is a member of Diversify Photo – a global collective of BIPOC visual Journalists – African Photojournalism Database – a joint -project by World Press Photo and Everyday Africa – and the convener of the Street Photography Workshop with Bernard Kalu through which he engages and mentors upcoming visual storytellers.

He had his first exhibition early 2017 at the Revolving Art Gallery, Lagos Nigeria and has since then exhibited both locally and internationally. He is an official Fujifilm Global X-Photographer.

→ Soofiya : The Things That Shape Us
← The Eco-anxiety in Africa Project