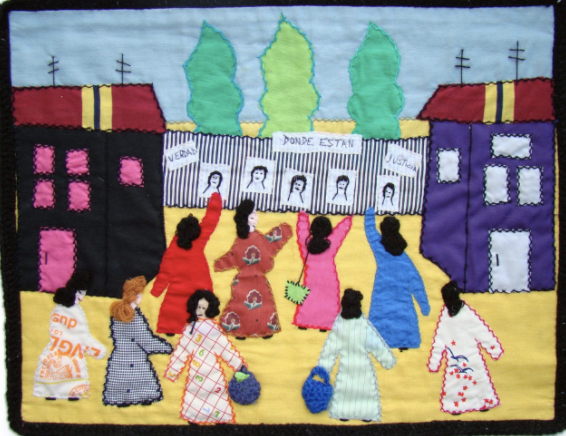 This treasured craft is celebrated every March and it’s a time in which we honour the importance of quilting, as not only is it a therapeutic practice, but also a historical one as it’s interconnected with glocal (global & local) social and environmental struggles, such as feminism, the search for and continuation of sustainable ways of living and resistance to individualism through the preservation of community building – all of which form parts of what ONCA supports.

Within the UK, the birth of quilting is difficult to specify because of the lack of recorded history. It appears to have been introduced in the 12th century, and it was mainly a domestic practice as it was commonly women who made quilts for their families and communities for important life-occasions – such as births or weddings – which eventually became treasured heirlooms.

Quilting products became part of upper class fashion at the end of the 18th /beginning of the 19th century; expensive materials such as silk and cotton were used to produce clothing such as quilted petticoats. 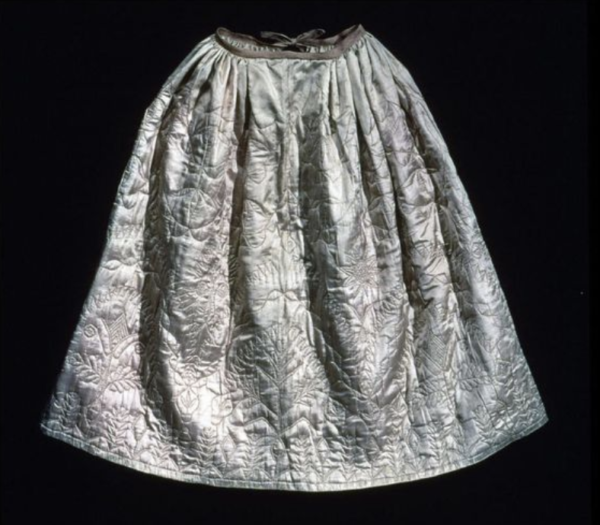 As technological improvements took place in the middle of the 19th century – with the advent of roller printing for example – materials like cottons became much cheaper to produce, making fashion styles more accessible.

WWI & WWII brought a halt to quilting’s heyday, with a general decline in traditional skills as materials became scarce across the region. However, the post-war 1960s & 70s brought a prolific rebirth to the craft as people re-discovered its historical and cultural significance. In 1979 The Quilter’s Guild was formed in the UK and has been preserving quilting’s valuable history and practice ever since.

Nevertheless, the history of quilting doesn’t stop within the British Isles or Europe. It’s a universal human art form, and it has been an integral part of numerous cultures, acting as a medium to keep history alive through storytelling, continuing the weaving of ancestral practices and even as a form of protest and survival against systematic oppressive powers.

The Arpilleristas, for example, were a group of – mostly – Chilean women who used quilting as their form of protest against the military dictatorship of Augusto Pinochet (1973-90). Many women lost their husbands, sons and brothers – who disappeared, were killed or imprisoned – and had to face the dictatorship’s hostility and repression alone, forcing them to find emotional and economic support within communities. Many families were left without the common male breadwinner, meaning that women had to find new ways of surviving and sustaining their loved ones. By getting together, they produced Arpilleras: colourful and vibrant embroidered tapestries and quilts which portrayed the day to day struggles, economic crisis, political repression and suffering that the country underwent. The Chilean Catholic Church supported the Arpilleristas and helped them to sell the quilts overseas, turning this craft a means of surviving the Chilean repressive crisis, building communities and nourishing freedom of expression through creativity. 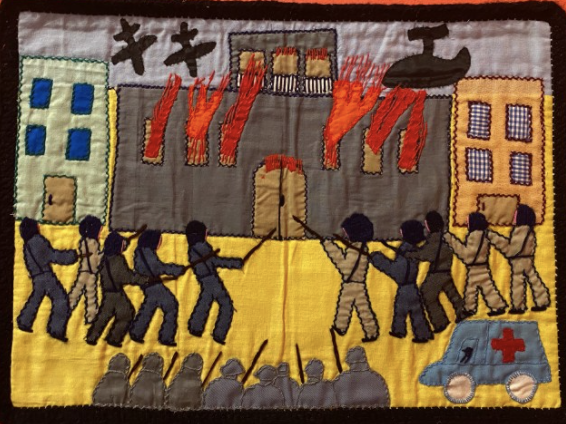 As with the Arpilleristas, quilting has been a form of storytelling, creating bonds, finding resilience, resisting and healing historical wounds across the world. From Hmong quilting as a form of language mainly in Asia, to the Mola quilting of Guna Indigenous women in Panama – who made the largest Mola in history to share it with the public at COP26 in Glasgow – quilting can be found in every continent! 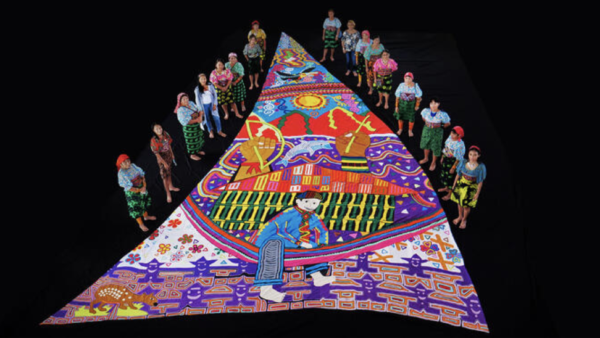 Through our weekly Dresscue workshop on the Barge, ONCA marked National Quilting Month and celebrated the unity, creativity, history and diversity it represents. Dresscue is an initiative that encourages upcycling, mending  and extending the life cycle of clothes to combat fast fashion and encourage more sustainable lifestyles. Every Friday in March, people from diverse backgrounds joined our growing community and helped bring our beautiful barge to life in quilt form, using recycled material offcuts to help make our quilt sparkle! 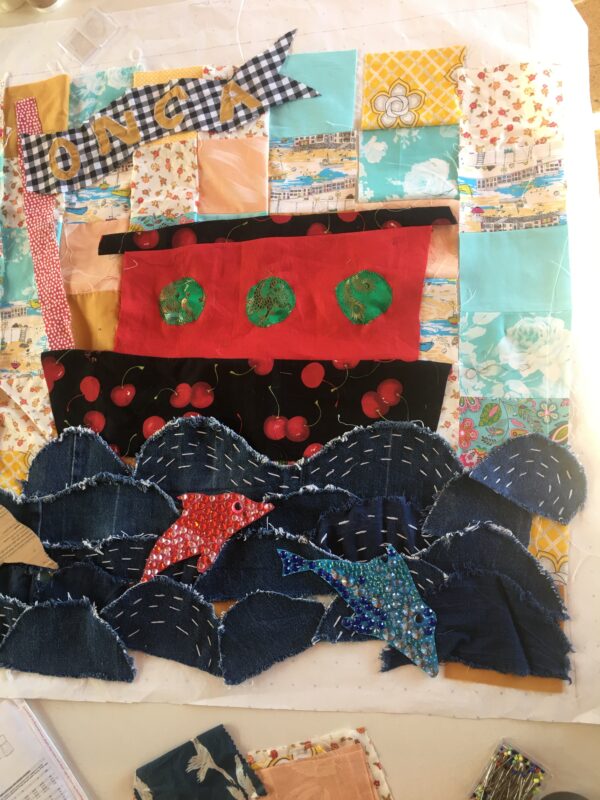 Quilting is an opportunity for getting together and using creativity to express the things that matter, within a safe and communal environment. It has taught us about the universality and beauty of being human through its power to keep history alive.