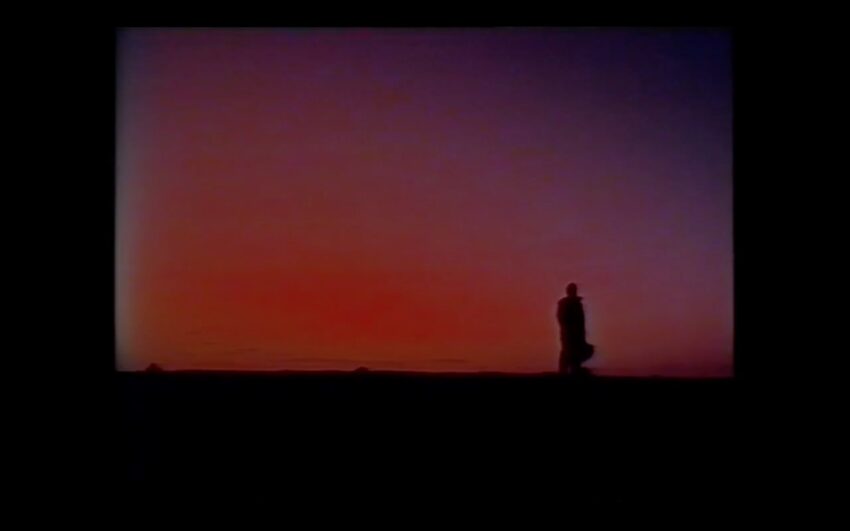 The Animals, the Plant and the Stranger

Film by Leila Gamaz - with subtitles and transcript

The lion and the stranger

And so there was one lion left
He looked out from his cave, over the trees and mountains he’d climbed
And the streams and rivers he’d drunk from
And he wondered, will the stranger find me here?
But he was in the secret cave
The cave with memories
Of sleeping lions and rumbling thunder
Of paws and manes and kings
Of feasts and blood, and roars and cries
But his empty belly ached, and he couldn’t stay in the cave forever
And so one night, he stepped out into the darkness
At that very same moment, one mile away, the stranger waited
He sat huddled under a tree, wearing a pith helmet and khaki overalls, his gun resting on his knee
He drifted in and out of sleep, until he was awoken by a grunt in the distance
The lion withdrew from the path as a deep thorn entered his paw
He waited for a moment, and then continued, assured by the quiet, assured that he hadn’t been heard
But his grunt had travelled, and the stranger under the tree felt his heart race and his eyes widen
He thought of God who would be glad of this killing
And he pictured himself standing beside the lions body
So he picked up his gun and edged closer to the sound
He spotted the lion in the distance and crouched behind a rock
With sweaty hands, he pulled the trigger, and watched the lion fall
He waited for stillness, and then approached, shooting once more to end its moans
He stood for a moment looking over the body
Then he touched the lion’s mane, and looked at the paw prints left behind in the dirt

The plant and the stranger

And so there was one plant left
She sat on a hillside, facing the sea
Beside the old fig trees and the prickly pears
And the hoopoes and the eagles flying above
And she wondered, how did the stranger find me here?
She remembered when her heart shaped seeds scattered across the land
And her golden flowers lined the hills
And the land remembers too
At that very same moment, the stranger stepped into a deep bath lined with terracotta bricks and surrounded by columns
He rubbed his hands together, thinking about the riches the plant had brought him
For snakebites and warts and fevers and chills
For feasts and broths
But he was hungry for more
More power, and more money
‘I will go to the emperor, and take him the plant’ he thought
And so he lifted himself out of the bath, put on his robes, and headed for the sea
Back on the hills, the plant felt vibrations in the land
She wiggled her roots and leaned towards the sun one last time before the stranger crouched down, and pulled her out of the ground
He ran to the emperor, knelt before him on the marble floor, and made the offering
‘A gift from the sun god Apollo’ he said
The Emperor sniffed at the yellow flowers as the stranger boasted of his riches
‘You would make a fine senator’ he said, before holding up the plant one last time, and eating it whole

The trout, the carp, and the stranger

And so there was one trout left
She swam towards the surface of the lake
Towards the old juniper and cedar trees, and the deep ridges and mountains capped in snow
Towards the floating ducks and the jackals drinking at the lake edge, piercing the water from the world of the land with their snouts
And she wondered, how did the stranger find me here?
Looking up towards the sky, she remembered when the lake was the whole world
And the water remembers too
Of slimy scales and changing colours
Of rocks and silt and sand
Of long winters spent on the lake bed, and springtimes, rising to the surface
At that very same moment, in a cabin beside the lake
The stranger sat on a wooden stool, taking in the landscape in front of him
This new world filled him with excitement, but it also made him think of home
Of the village with the stream running through the centre
Of the poissonnerie his aunt ran
And of his mother, standing on her doorstep in an apron
He felt sad, but he knew they’d be proud
So he took his binoculars, and sat by the water’s edge
He watched the carp roiling the surface of the water and felt his belly ache
So he picked up his fishing rod and cast it into the lake
Meanwhile, the trout grew hungrier and hungrier as she searched for food
She looked up at the shapes on the surface of the water, against the blue sky, and turned away, into the silty darkness

Title: The Animals, the Plant and the Stranger

‘Inspired by North African oral traditions, I tell the story of three species which have become extinct in North Africa as a result of over-consumption, capitalism, and colonialism. The spirits of the Barbary lion, salmo pallaryi (a trout), and silphium (a fennel-like plant) are brought alive in memory of them, and in honour of International Lost Species Day on 30th November.

The Barbary lion lived in the mountains and deserts of Morocco and Algeria alongside people for thousands of years. During the Roman Empire, they were hunted extensively and used as part of spectacles in amphitheatres. The population was further reduced by French colonial hunters who shot the last recorded lion in the Atlas mountains of Morocco in 1922. The Tower of London had Barbary lions in their menagerie collection between the 13th and 15th centuries, and their skulls are on permanent display at the Natural History Museum.

Silphium was a fennel-like plant that grew on the coast of Libya. It was used by locals to treat fever, nausea, snakebites, epilepsy, and as birth control, and the whole plant was also eaten and grated onto dishes as a seasoning. This knowledge was adopted by Greek and then Roman settlers who monetised it, exporting it across the Mediterranean. Pliny the Elder called it “among the most precious gifts presented to us by nature”, and it is believed to have been part of Julius Caesar’s treasury. It can be found on Roman coins from Libya, and its heart shaped seeds are understood to have influenced the connection between the heart and love. According to Pliny, the last plant was gifted to Emperor Nero and promptly eaten.

Salmo pallaryi was a trout endemic to Lake Aguelman de Sidi Ali in the Atlas mountains of Morocco. It quickly went extinct after French colonial settlers introduced common carp. It is now represented by just two taxidermied specimens held in the collections of French museums.

There are so many layers of loss and disconnection folded into this piece – my dad reading it aloud in a language that he had to learn, that isn’t his own, with footage shot by my family in Morocco where we spent our summers instead of Algeria which a long Civil War prevented.’