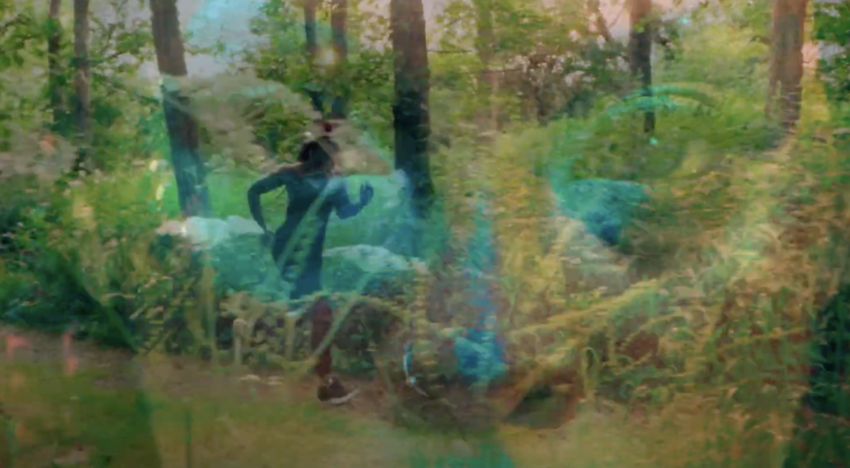 ONCA is delighted to showcase the song and short film Uncurling by Jaguar Kin. Uncurling is a song and short film, created by a group of Brighton-based black and brown artists. It explores the loss experienced by racialised bodies – in the last 18 months, and throughout history – and celebrates the light, hope and growth that is found, uncurling, amongst the darkness.

Listen to Josephine Hall and Oluwafemi Hughes Jonas in conversation about the process of turning the original poem into a song and short film [27 minutes]:

Read the transcript of the conversation here – A conversation between Oluwafemi Hughes Jonas and Josephine Hall.

The lyrics to Uncurling began as a poem called Wind Wheels Turn, written by Oluwafemi Hughes Jonas as part of the Tenebrae: Lessons Learnt in Darkness project for Brighton Festival, 2021. It was reworked into song lyrics by Josephine Hall, and developed further in collaboration with Oluwafemi, Riphco and Moemar (aka Cyan Sphinx – musicians and producers) and Jez Clavi (lead vocalist), with saxophone added by Yebga Dikoba and audio mastering by QM Records Studio. Josephine then developed the visual element with Munya Muchati (Thirty10Arts) and Lya Abdoua Issa (aka Blk Diamond Dance, who also did backing vocals) – culminating in a film shoot in and around Brighton, with artistic assistance from Carolyn Baguma (Art by Mulinde).

Uncurling begins by looking back over lockdown, lamenting the loss and reliving the emptiness and despair. With Lya, the dancer in the story, the viewer journeys through the darkness leading toward a chorus that asks ‘How, in these shadows / do we continue to breathe?’ In the second verse, we see a different version of Lya – taking inspiration from Harriet Tubman’s sprints for freedom and the free expression of a wild black jaguar, as in Oluwafemi’s original poem. There is a sense of rising resilience, as Lya connects with the earth beneath her feet, the creature within, and the support of her ancestors. As a turning point is reached, there is a cameo from the band – as Lya flows, like breath, amongst them – before a climb to the last chorus which declares, triumphantly – ‘Still, in these shadows / we continue to breathe’. Uncurling ends as it began, with Oluwafemi’s voice speaking words from the original poem. Throughout the film, we see different versions of Lya as she glides through different elements of herself, and responds to the changing world around her. The film was shot at various locations in Brighton and Hove, and Woods Mill Nature Reserve in Steyning.

The team of artists has ancestral roots in various African countries, Caribbean islands, the Middle East, Europe and the UK and have all been based in Brighton and Hove for several years. Although we hope the film can be enjoyed and appreciated by all, we especially hope it connects with the local BIPOC community. As with Oluwafemi’s original poem, the project honours and remembers Joy Gardener and Leon Briggs, whose breath was brutally forced from them in the name of ‘law enforcement’; Harriet Tubman and Amanda Gorman, whose creativity, courage and compassionate spirit brought freedom and agency – restoring hope for future generations. Uncurling also makes reference to local poets Priss Nash and AFLO.the poet, and their anthemic poem Wake Up (and film by Sam Parish-Rookes) which they shared wholeheartedly at many protests, and on many stages, throughout the last eighteen months.

The development of Uncurling was supported by Arts Council England.