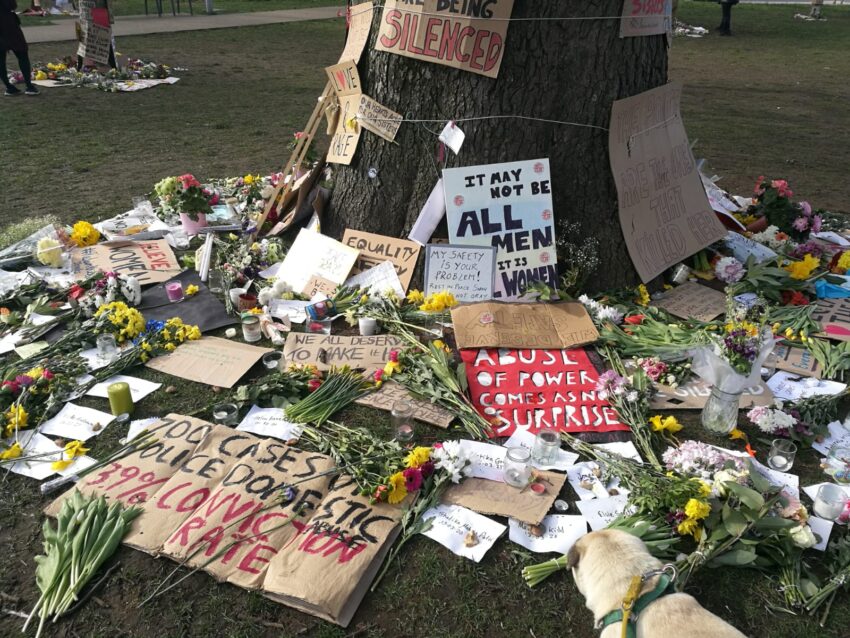 ONCA’s statement in response to Sarah Everard’s killing, the police response to the Clapham Common vigil and the proposed Police, Crime, Sentencing and Courts Bill.

The ONCA team is committed to amplifying the voices of women and girls* and standing in solidarity with initiatives that support, protect and seek justice for those experiencing violence, oppression and/or discrimination.

ONCA condemns the police response to the vigil at Clapham Common on Saturday 13 March 2021 held in response to news of serving police officer, Wayne Couzens, being charged with the brutal murder of Sarah Everard. We believe the response was excessive, used unnecessary force and failed to acknowledge the ways in which police not only fail to protect women but actively contribute to their harm.

Women are disproportionately affected by gender-based violence and systemic misogyny, sexism and discrimination. The ongoing Covid-19 pandemic has exposed and exacerbated these inequalities.

The killing of Sarah Everard is horrific, and we share the outrage felt by all who have spoken out and taken to the streets. However, we feel it is important to draw attention to the disparity of response when Black women, women of colour, trans women and gender non conforming people are killed and/or subjected to harm including police brutality.

We acknowledge the racial bias within mainstream media that minimises violence inflicted upon BIPOC communities, particularly Black women, women of colour, trans women and gender non conforming people. We also acknowledge historical and ongoing police brutality against these communities. Just one recent example of this is the media coverage of the police treatment of the bodies of murdered Black sisters Nicole Smallman and Bibaa Henry.

We are also particularly concerned with the proposed Police, Crime, Sentencing and Courts Bill which would give the police and the government increased power to ban, restrict and police protests without parliamentary scrutiny. This would progress an agenda that systematically silences and inflicts harm on vulnerable and marginalised people who do not align with the concerns of the Conservative Government. The current Home Secretary Priti Patel has made her opposition to Black Lives Matter, climate activism and LGBTQ+ rights activism clear over the past few years. The increase to penalties for damage to memorials (such as statues of slave owners) from 3 months to 10 years is of particular concern. It is a direct response to the Black Lives Matter protests last year and an attempt to silence those challenging police brutality and systemic racism.

*by ‘women and girls’ we mean anyone self-identifying as such