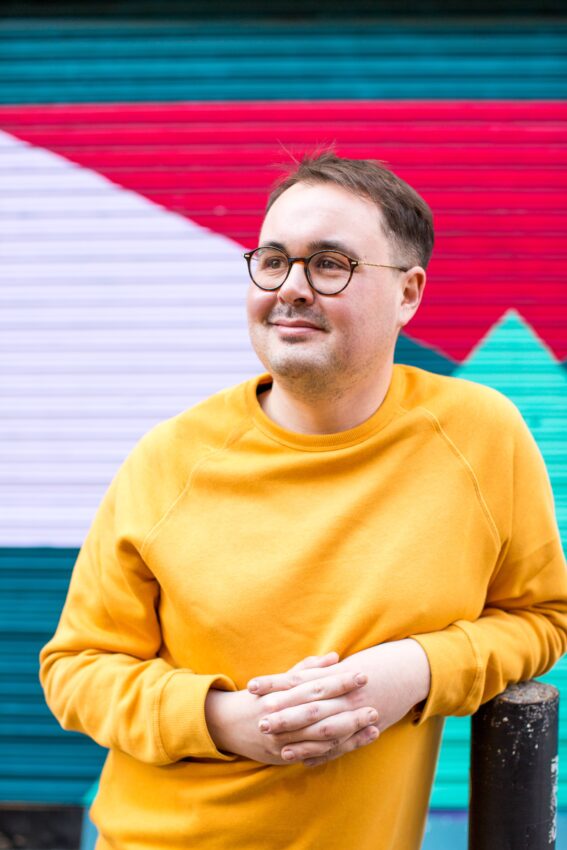 Interview with The Queer Historian

For LGBTQIA+ History Month we caught up with 2019’s ONCA Green Curtain Award Winner Tommy aka The Queer Historian to see how lockdown life has been treating them.

ONCA: How have you been passing the time during the various lockdowns?

Tommy: Apart from completing 26 series of The Only Way is Essex, 9 seasons of The Real Housewives of Beverly Hills, I’ve been getting into making jams, jellies and chutneys. I’ve also discovered sea swimming which has been a revelation to my self care routine.

ONCA: How has your artistic practice changed or been impacted because of Covid?

Tommy: It’s funny thinking about the arts and myself as an artist. I’ve found thinking of myself as such quite difficult during Covid – I think it’s the whole situation the arts was thrust into and being put on “hold” with no real insight into what’s next. I also think about the implications that have been thrust upon activists during this time and the pressure we put upon our shoulders.

ONCA: What has inspired/ comforted you during this time?

Tommy: One thing I’ve found totally inspiring is seeing local business change – mainly because they’re being forced to by our incompetent government – and adapt in new ways. It’s also been interesting seeing theatre spaces do the same and often go back to that DIY nature.

ONCA: What does LGBTQ+ History Month mean to you?

ONCA: What advice / words of wisdom would you give to your younger queer self?

Tommy: I often think about this as a queer person living with trauma – how we often look to our past selves and say what we would change if we could and whilst I honestly think I’d like to say “do this, be yourself,” in reality I don’t think I’d change much as I wouldn’t have got to this place where I am today.

Tommy: Well who knows? I’m waiting patiently for The Only Way is Essex & Housewives of Beverly Hills to return but I’m also hoping that I’ll be able to get back and perform in an actual space, in front of actual people by the end of the year.

Tommy also very kindly shared a piece of their writing with us to include here (content warning: contains homophobic slurs).

Pride is for them and not for me

Pride is for those who believe in 2 genders. The gender confirming Topmans and Topshops of the world. Pride is surrounded by the cis, the white, the heteronormative. Pride is for them and not for me.

Pride is for the rainbows in the Co-ops, Bagelmans, Sainsburys. The Paddy Powders, Natwests, Flying Tigers. The HSBCs, Oh So Social, The Mucky Duck. The Hare & Hounds, H&Ms, The Love Swing outside Churchill Square. The Topmans, The Joker, Argos. The Berts, Lynx, Boohoos. The Debenhams, Lakelands, Morrisons. Bus Stop (the restaurant), The Mash Tun & The Fiddlers Elbow. The TopShops, Cafe 13 on Lewes Road, The Franklin Arms and the endless, and I mean endless, estate agents. Pride is for those who believe in the pink pound & think that putting a rainbow in a shop window is inclusive. Pride is for them and not for me.

Pride is for those can afford the £35 entrance fee to the park. £15 to the street. Then £15 later to Sink the Pink. Pride is those who can afford a £5 pint multiple times. A £5 hotdog. A £10 Rainbow cowboy hat. Pride is for them and for me.

But Pride is built on forgotten queer lives. On queer trauma. Surrounded by a brick wall of a community past. Pride is for those people who’ve forgotten what Stonewall meant. What Pride was for them. For the liberation. For the fight. For those queens, heroes & kings of forgotten past. Pride was built for them and now isn’t for them.

So remember this Pride might not be the easiest for those of us who sit outside the gender constructs. Those of us queers who like to carry a handbag because it makes us feel fancy. For our trans sisters and brothers, for the lesbians, for the bisexuals. For those of us who are just called the added plus.

Be kind.
Be truthful.
Be respectful.
Be the community that Pride was once built on.
Pride should be for us all.