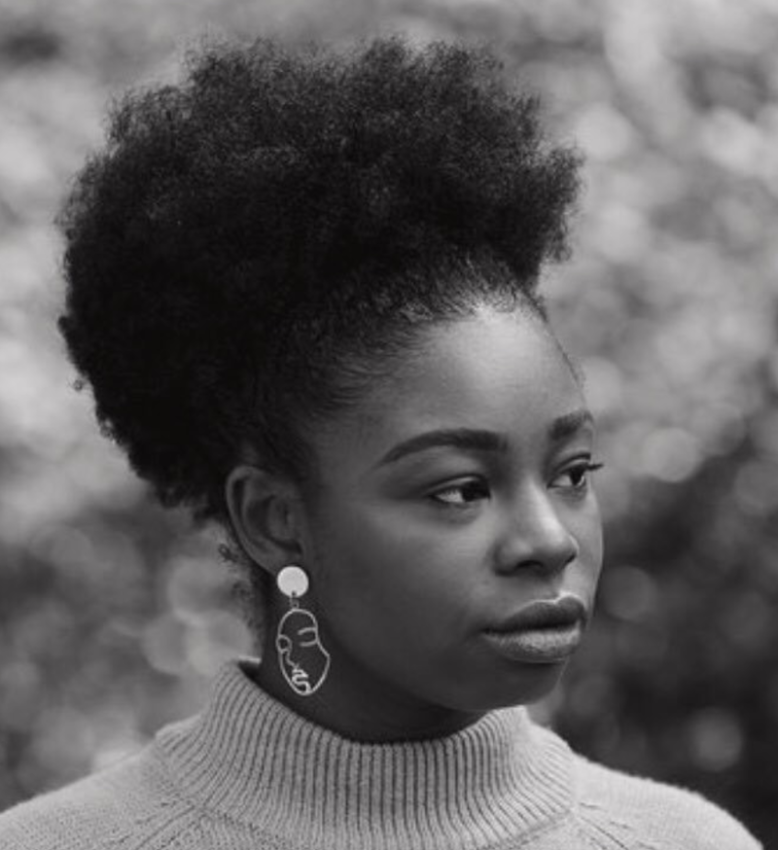 Hello my name is Fope Olaleye and I am the Black Students’ Officer for the NUS. I’m here to talk to you about climate change, climate justice, racism and decolonisation.

We’re only now saying it’s “climate emergency” when the reality is that the world has been burning for decades and the West has only just noticed.

It’s important we frame this within a struggle of 500 years. The climate crisis is deliberate and highlights the crisis point of hundreds of years of colonialism, dominance and exploitation of Black, Indigenous people of colour across the globe. Current framing around the climate crisis poses it as a new crisis, when the destruction of people, land, ecosystems and livelihoods is neither new or recent, but a fight for survival that continues today.

We keep hearing that we have around ‘12 years left’ and Western climate change rhetoric says we must keep global temperatures below two degrees Celsius. However, when low-lying island states in the South Pacific like Kiribati and Tuvalu are saying 2 degrees is too high because of levels of sea rise impacts, we need to think about who is setting these climate targets on the backs of people of colour who will drown in their home nations.

If our climate justice is based on who gets to survive and who doesn’t, then we truly aren’t working toward the justice we want to see – rather, we are working along the same principles of colonialism that disregard the lives and livelihoods of those that are seen as disposable.

When we say we are looking towards climate justice I think the best way to understand it is asking yourself, ‘What is climate injustice?’ What are we trying to fix, and who are we trying to save the planet for?

Even in London, we find that the worst cases of air pollution are found in areas with high populations of working-class people of colour. This shows people of colour across the globe are consistently on the frontlines of environmental pollution, damage and degradation.

Think about it – the climate atrocities of the Global South would never be okay in the Global North. From controversial bauxite mining operations in India, to toxic leaks from copper mines in Zambia, to oil spills in my home nation. Nigeria to fracking disasters in South Africa and Colombia. UK and Dutch companies like BP, Vedanta, Shell and other big players can operate the way they do – destroying livelihoods, lands and cultures in the pursuit of wealth – because somehow, somewhere it has been decided that these lives and lands don’t matter. It has been decided that the destruction of these lands is for the greater good of European markets and lifestyles.

Beyond its exploitive companies, Britain also bears the largest responsibility per capita for historic greenhouse emissions. In other words, Britain is more responsible for global warming than any other country in the world, for the size of its population, followed closely by the US, Canada, Russia and Germany. Whilst it’s important that climate change and divestment is being considered in the West where the problem disproportionately lies, the language used to illustrate Britain’s involvement in the climate crisis is far from accurate in its depiction.

If we’re talking about decolonisation, language is a huge part of that, and you see it in the language of power and justice. One of the greatest examples of that is that we call the Global South and Global North those words to equalise power between the nations in the West and in the Global South.

The top 100 fossil fuel companies are responsible for 80% of all emissions. The issues are rooted in capital profits over people and the exploitation of working class and people of colour globally. The issue is countries in the global North not holding corporations and the fossil fuel industry to account on fossil fuel emissions and climate breakdown.

Without Britain and other Global North nations who profited from the wealth accumulated from colonialism, taking responsibility for their past and current profiting on climate breakdown, how on earth can we ever move forward toward solutions that are anti-racist and centre those who are most affected by climate change?

After all of that you may be thinking, but what can we actually do? I get these questions a lot from students, especially students that work within SUs and institutions. My answer is this: our narratives must not play into the current arguments that undermine this ongoing fight led by Black, Indigenous People of colour or continues colonial discourse, but instead recognises this a centuries-old injustice, a story that has already been written and is constantly being rewritten. We need to acknowledge where power disproportionately lies, and understand that climate justice will never be found through individual actors but through the collective.  Britain is extremely late to this party and it’s up to us to stand with our siblings in the Global South resisting climate change and look to them for answers towards climate justice.

We must consider alternatives for climate justice led by those whose livelihoods and lifestyles it will impact the most, not as imposing but as working in solidarity. As a collective and not as leaders. Anti-racism needs to be at the heart of our campaigns – how we organise, how we strategise, and what our demands should be. I speak a lot with students on campuses who call their universities and vice chancellors and make demands, and I say these are what our demands should be:

1. Your call to action should be for system change, not a giant band aid on the problem. We in the UK and Global North cannot continue to profit from climate change while millions across the globe bear the consequences of our actions – it’s time to take inspiration from climate resistance across the globe on what their calls to justice are, and how we in the UK can embed some of these alternatives into our climate plans.

2. Our calls to action must be rooted within migrants’ rights and justice. The influx of migrants to Europe and the UK is set to increase, not only because of the physical impacts of climate change, but also the socio-political ones. This is not just about the climate and not just about the environment. This is an issue that is deeply rooted in anti capitalism and justice, and our calls for justice must embed justice for migrants and reject hostile environment policies. We must create a culture where the most marginalised people have access to the services and resources needed to live safe and autonomous lives with the dignity they deserve.

3. Hold our institutions to account on their investments, not just in fossil fuels but in the arms trade. Divestment by 2030 or bust. Encourage and work with unions across the country to do the same. It means nothing if your union is not investing in fossil fuels but is investing in arms trade that kills civilians in the Global South. All our issues are connected and we must see to that.

4. Continue to highlight the climate atrocities happening across the globe and use our platforms and networks and our voices to platform global calls for climate justice.

I will end with a quote which I think is very apt from the late Toni Morrison – “Perhaps that’s what all human relationships boil down to: Would you save my life? Or would you take it?”

Thank you very much.

This speech was due to take place at the ONCA Climate Justice Education Symposium which was postponed due to the Coronavirus outbreak. If you found this podcast useful and would like to support ONCA’s educational mission, please consider making a donation to ONCA today.  Thank you!