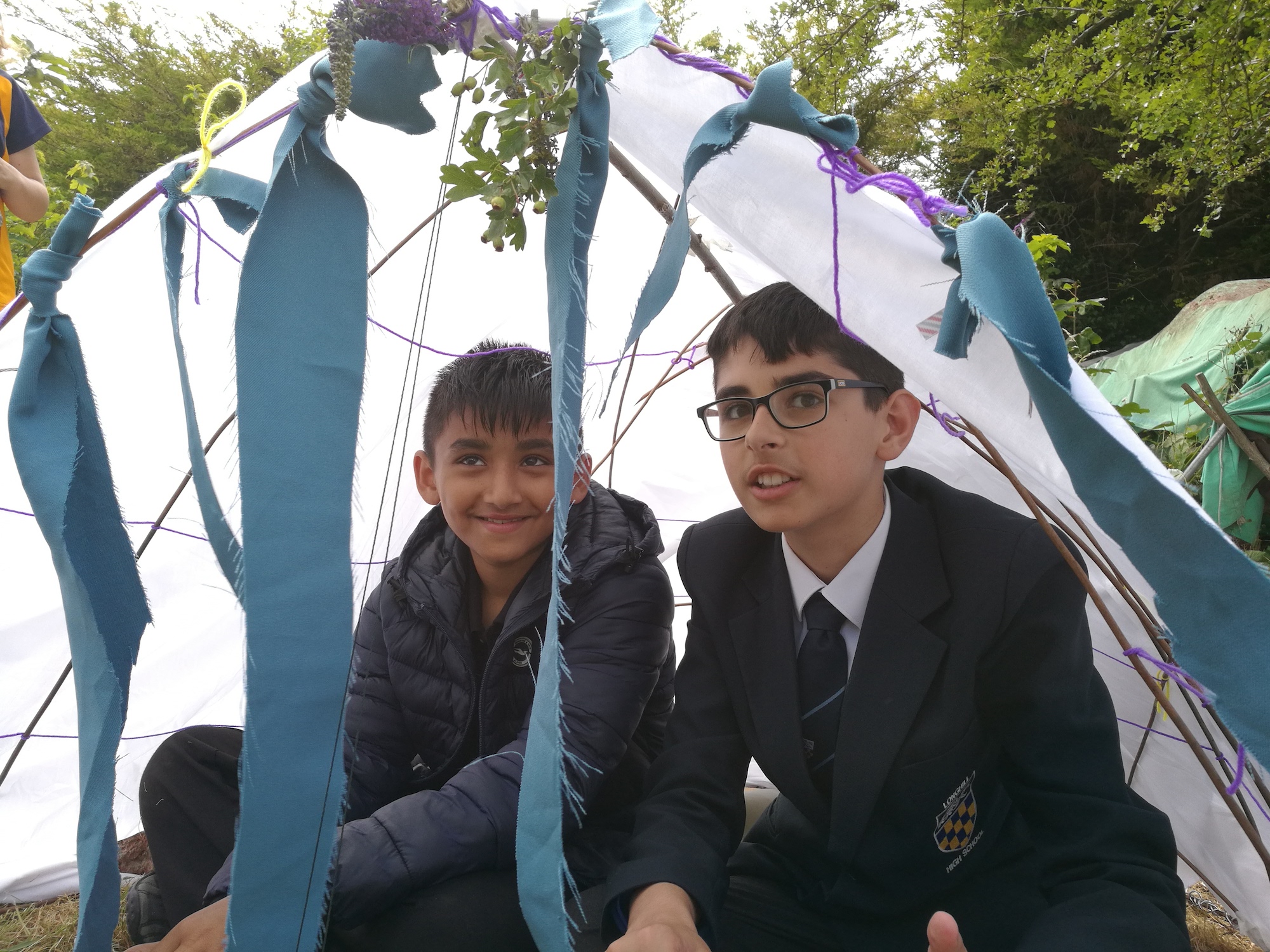 Supported by AOCP, Rampion and Arts Council England, ONCA artists are collaborating with Schools without Walls and three local schools on a summer project exploring our local Marine Conservation Zone and designing MCZ-inspired signage and sculpture for the Undercliff Path. This blog post is a reflection by Longhill School science educator Mitzi Tahsin on the art day held at the school in July:

The day started with a quick recap of all that had gone on in the previous session on the beach, with the students remembering the different species and habitats they had observed. With tales of crabs stuck inside rubber balls and finding a dogfish, albeit a dead one, the beach day had been an all-round success in showing the students the struggles facing marine wildlife.

After the recap, the students were then asked to imagine that they were one of the animals that they had been talking about, and that if they were this animal, what their home under the sea would look like. They were encouraged to think imaginatively, and came up with fantastic ideas like TVs made of kelp, pillows of sponge, shelves full of books made out of seaweed, a sea bass vending machine that you paid one mermaid’s purse to use, and a hotel for all different species of creatures, with multiple floors and rooms etc. The students then had to team up in groups to bring all of their ideas together and create one ideal home. Some students liked the idea of using objects that come from human activity, such as a wine glass or plastic netting, while others thought of using the naturally hole-riddled chalk as a decorative lamp, using driftwood as a ladder and mussel shells as wallpaper.

Once they were satisfied with their designs, the students were encouraged to start thinking of their ideal home structurally – thinking about the different shapes and sizes it needed to be. They were given straws, wispy willow and glue guns to try and make miniature versions of these homes. Each group came up with a completely different design, with some being angular and square, where others were more circular and flowing. This was good practice for the next task – making the shelter ‘life-size’. 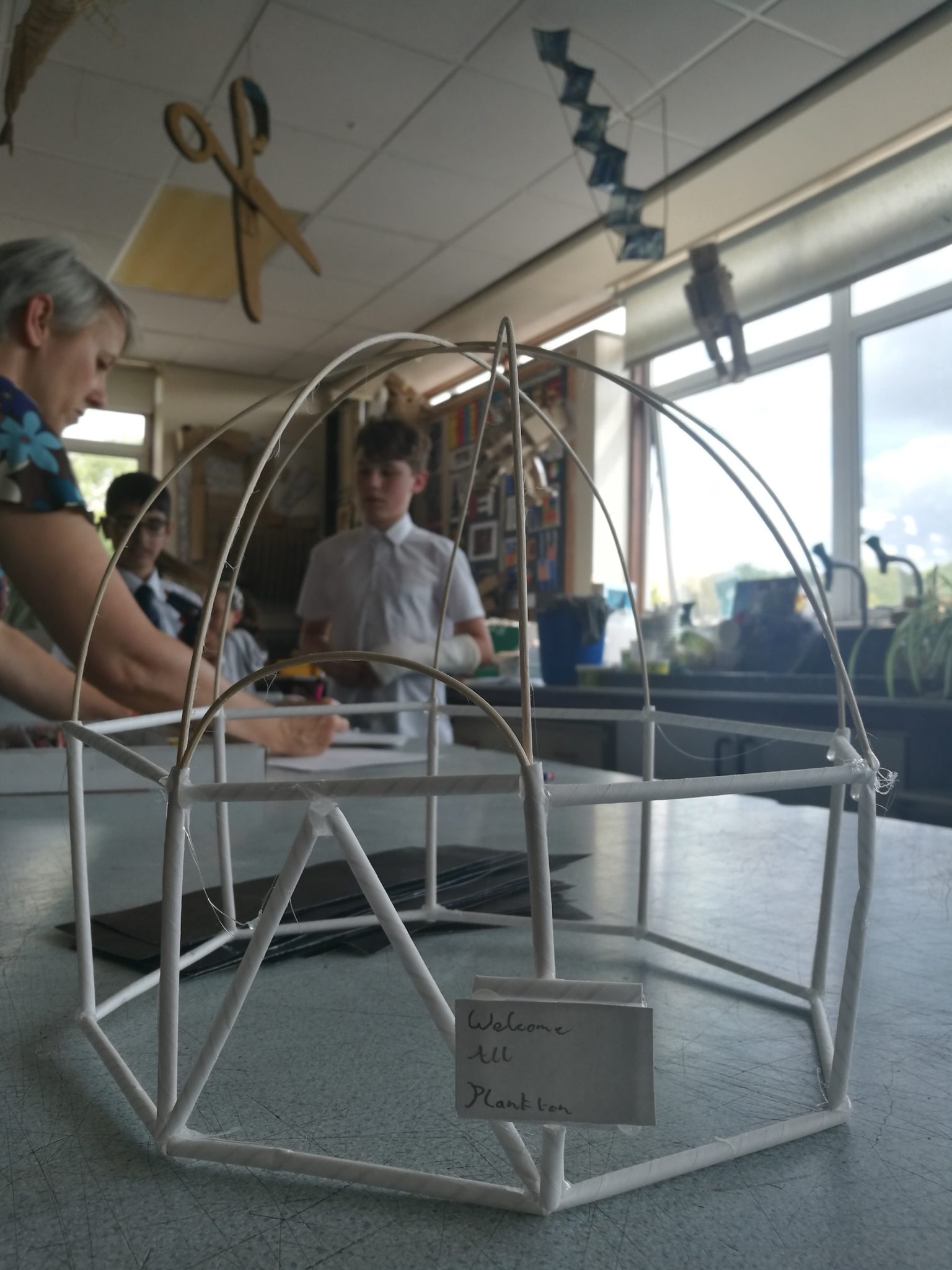 The students were enthusiastic, and as soon as they were in the school orchard, some of them were off searching for big branches on the ground to produce sturdy foundations for their shelters. Others began to think about how they could use the willow that was available to them, as this easier to bend wood suited the groups that had more circular shapes. Two groups immediately seized an advantageous spot next to the fence, and used it in different ways to form their shelters, with one group stacking their wood against it, and the other using only a handful of branches to create a solid outline for the structure. Others decided to create their structures free standing, using different geometric shapes to create strong foundations to then cover with a variety of materials. Most made their shelters big enough for them to fit into, while one group made a ‘Shrimp Shrine Hotel’ that was smaller because it was for smaller animals. 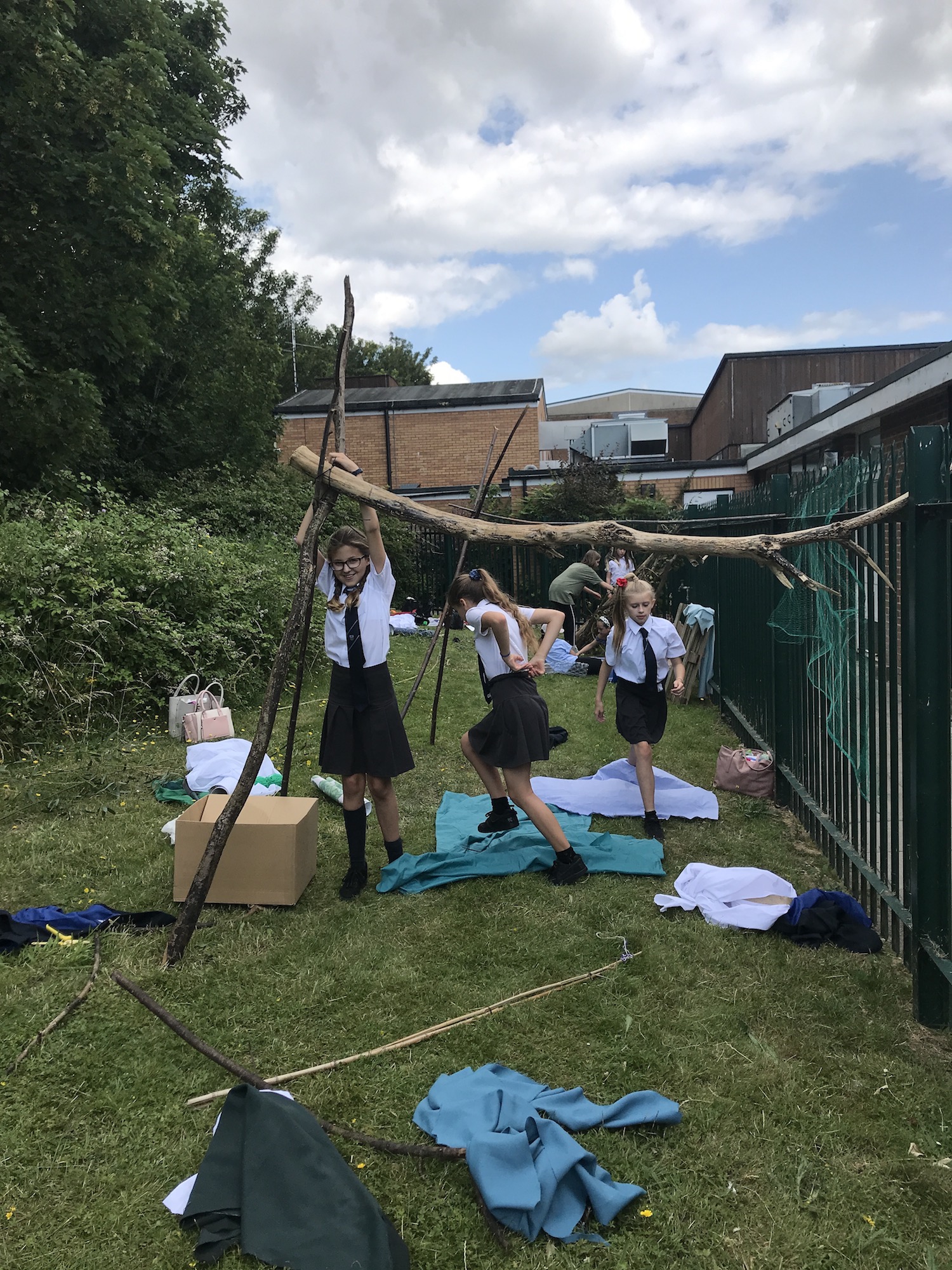 The students really enjoyed their shelter building day and each group created an interesting and unique design. There were shelters for shrimp, basking sharks and seahorses, all carefully constructed with thought as to how sociable these creatures would be in the Marine Conservation Zone (MCZ) and what they would need to survive. 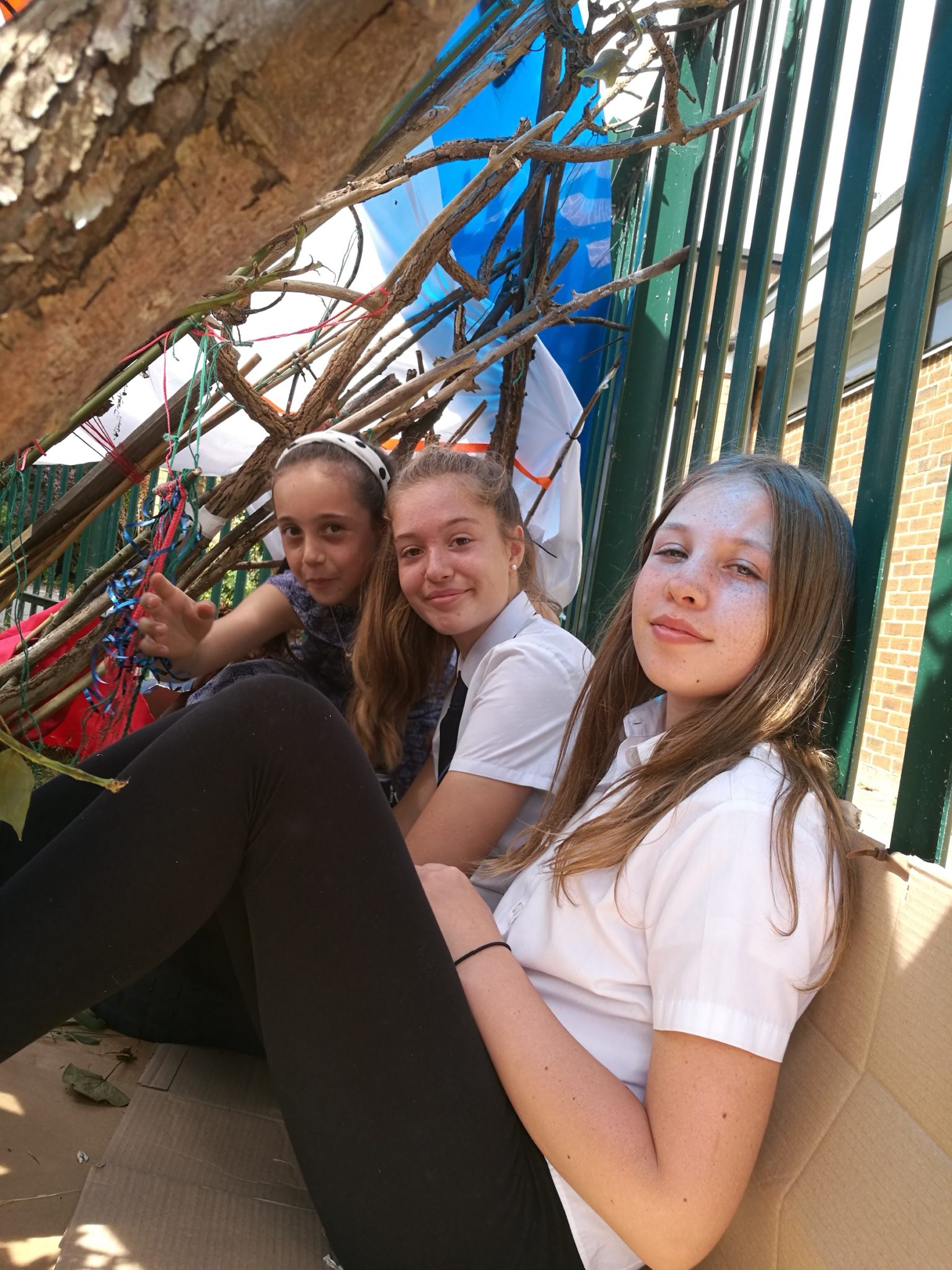 → My Summer Internship at ONCA
← Artists in Residence: UnderExposed