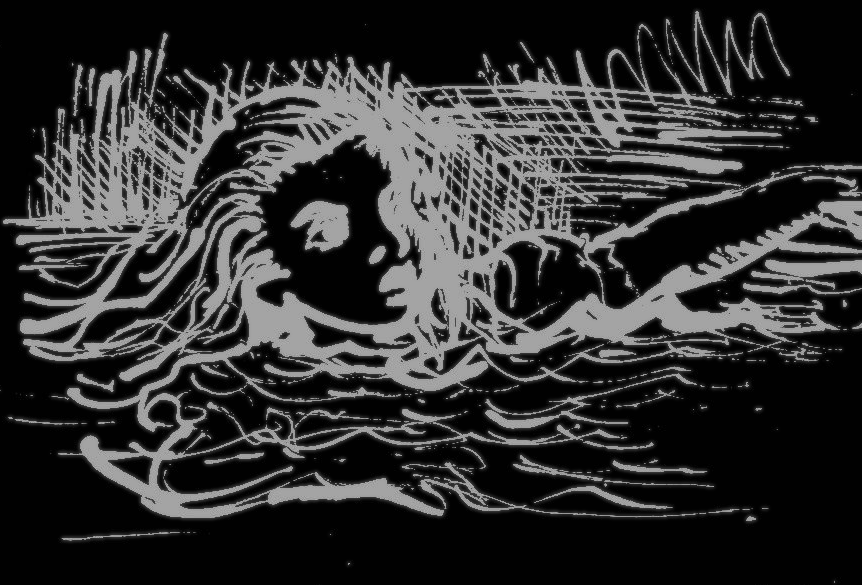 Here are some important definitions:

Racist Environmentalism: Environmentalist activity which contributes to the marginalisation of communities of colour through institutional, cultural, and interpersonal practices.

Environmental Justice: The fair treatment and meaningful involvement of all people regardless of race, colour, national origin, or income, with respect to the development, implementation, and enforcement of environmental laws, regulations, and policies.

Reproductive Justice: The human right to maintain personal bodily autonomy, have children, not have children, and parent the children we have in safe and sustainable communities. (Sister Song)

Why do we cover this topic when discussing racist environmentalism?

You see, when figureheads of the mainstream environmentalist movements such as David Attentborough discuss who should be having fewer kids in order to save planet, the finger is mostly directed towards people in underdeveloped countries in continents such as Africa and Asia. Here are a couple of things Attenborough has said that have annoyed people:

“What are all these famines in Ethiopia? What are they about?…They’re about too many people for too little land. That’s what it’s about. And we are blinding ourselves. We say, get the United Nations to send them bags of flour. That’s barmy.”

“And the last sensitivity – and the most tricky of all – is the fact, when you talk about world population, the areas we’re talking about are Africa and Asia, you know.”

“We can’t look the other way while men, women and children starve in a famine; it is our moral duty to help. David Attenborough is wrong – there is plenty of food in the world to feed everyone if we share what we have more fairly. Also, we could easily boost production by reversing decades of under-investment in poor countries’ agriculture.

“Of course we need to act to reduce climate change and protect scarce natural resources but that does not mean turning our backs on people in dire situations who need our help.”

Attenborough isn’t the only environmentalist who has spoken about overpopulation in this way and he may or may not have not intended this to lead to this movement of Europeans telling Africans and Asians that they are to blame for the climate crisis. However, using his platform in this way worked to reinforce white supremacist ideology. I also think that he is wrong on at least two counts:

1. Decreasing population in Africa and Asia will not solve the global climate crisis.

Yes, it is true that the world population has skyrocketed over recent years. However, Oxfam’s 2015 Extreme Carbon Inequality report showed that the world’s richest 10% produce half of global lifestyle consumption emissions and the world’s poorest 50% are only responsible for 10% of total lifestyle consumption emissions. Oxfam said that the aim of this analysis was to help “dispel the myth that citizens in rapidly developing countries are somehow most to blame for climate change.”.

“The poorest people on the planet are not only least responsible for causing climate change, they also tend to be the most vulnerable to its consequences and least prepared to cope. But such inequalities are horizontal as well as vertical – with women facing greater risks than men, rural communities often more exposed than urban ones and groups marginalized because of race, ethnicity or other factors likely to be disproportionately affected.” 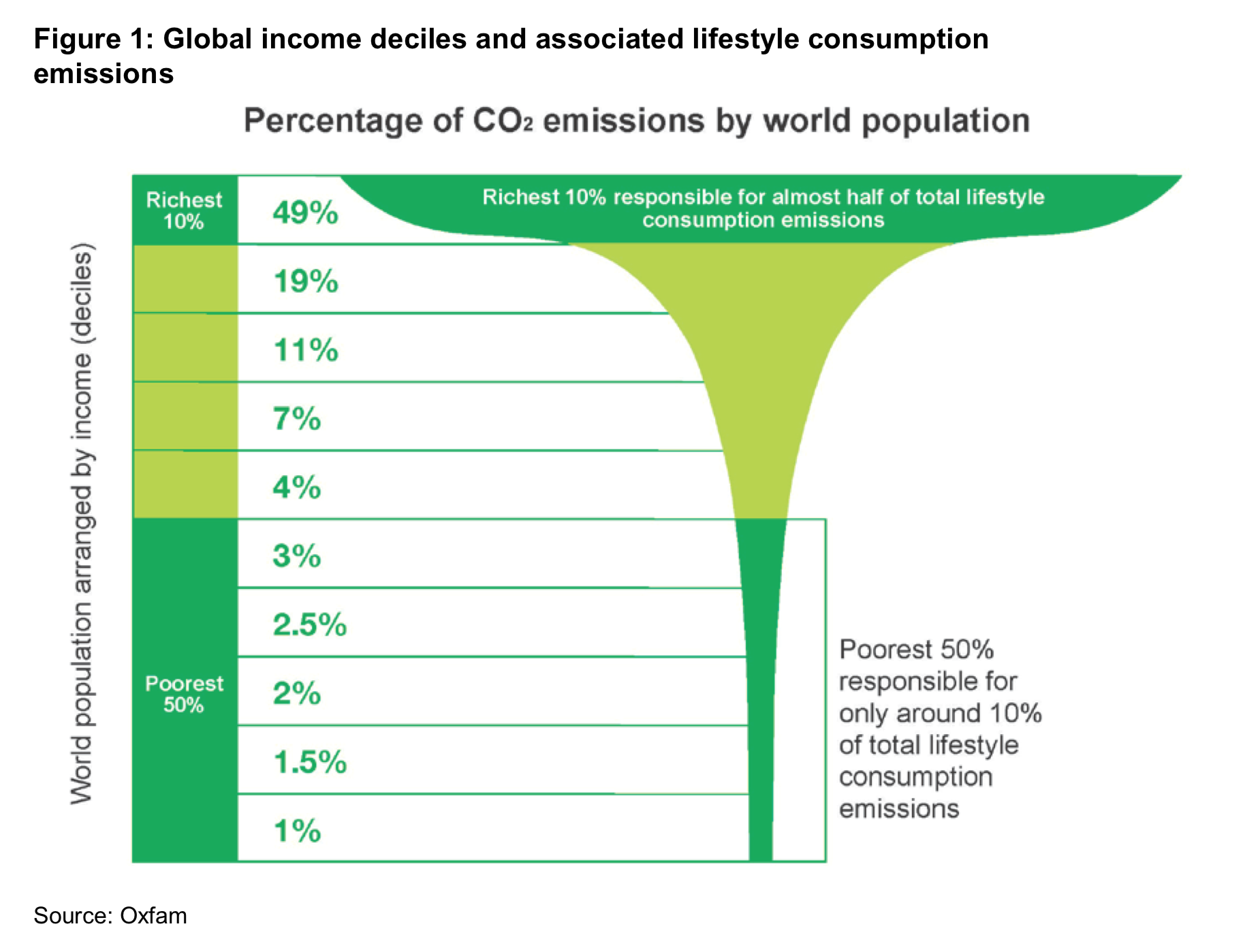 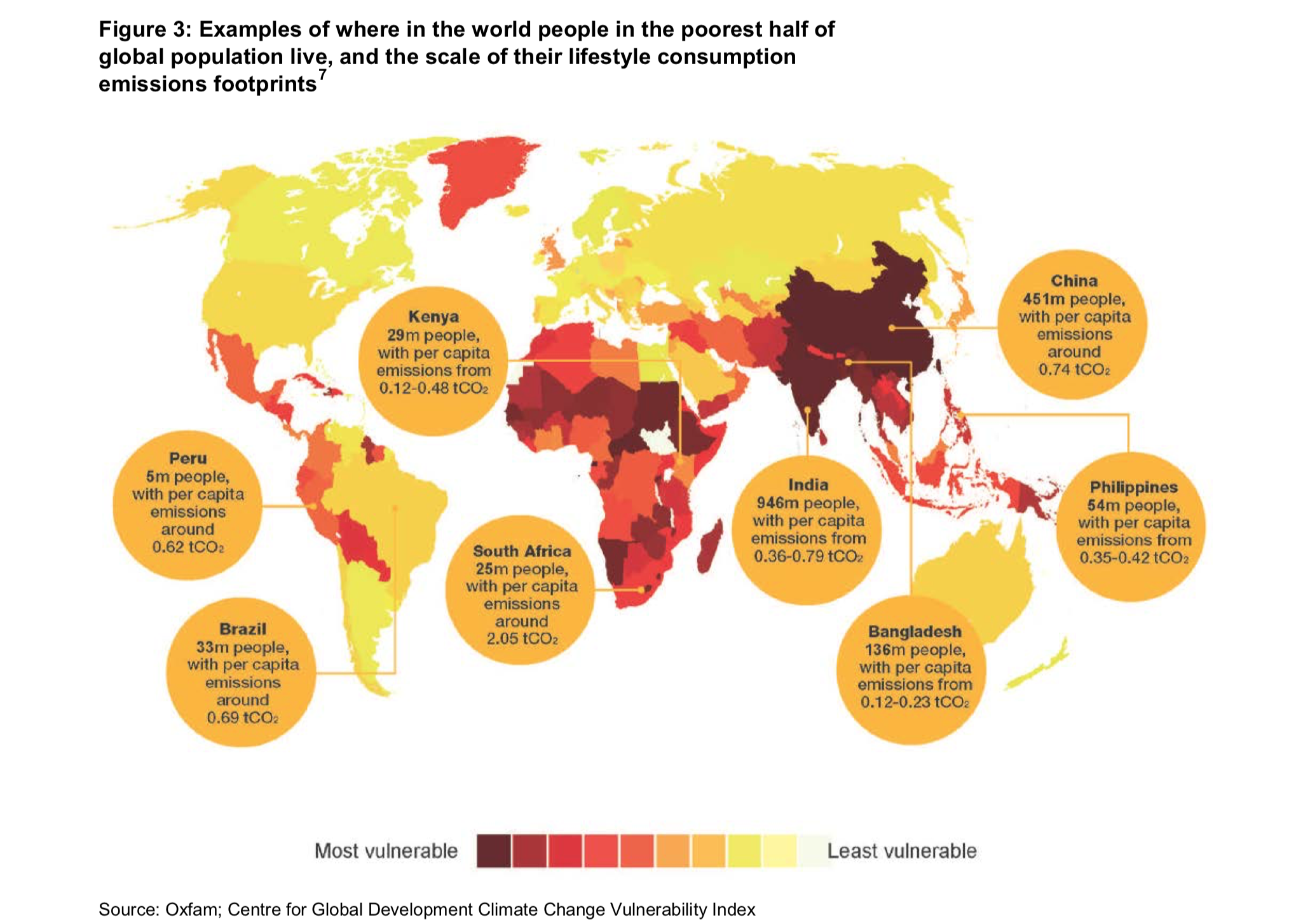 This report has been in circulation for a while – so why do huge figures in the environmental movement who are predominantly rich white men continue to peddle this argument, and why do so-called environmentally woke people on the ground repeat it, uncritically?

2. The topic is not a taboo subject and people are not too scared to sound racist.

On multiple occasions during my time at ONCA, I have had people (who think they are well meaning eco-activists) say to my face and online that they blame the population of countries in Africa for the climate crisis. As a Black British person of Ghanaian descent, this has now become a disappointing but not surprising reality for me within environmentalist spaces.  I have become used to white environmentalists telling me, with an air of bravery and confidence, that they think that families like mine who have lived highly sustainable lifestyles for generations and are currently dealing with climate crisis situations that they did not create, should refrain from having large families.

But when I experience these comments in real life I am very confused. Do they hear my British accent? Or know that I work for an environmental charity and think I’ll agree even though I am clearly Black? Or are they doing this on purpose to further marginalise people like me and prevent us from being able to confront racial inequality and articulate how white supremacy and colonialism are fundamental causal factors in the climate emergency? Do they know what they are saying, and are they proud of supporting a form of Eugenics?

Across history, there have been, and continue to be, highly respected white affluent people inspired by figures such as Thomas Malthus, Charles Darwin and Francis Galton, who have gone to lengths to send the message that people of colour, people in working class communities and disabled people should not procreate. Even though high profile studies refute these attempts to reproduce racial hierarchies and inequality. It’s unfortunate that the environmental movement also capitalises on this with the effect of further marginalizing these communities from the mainstream movement as well as eroding the intersections of environmental justice and reproductive justice.

So what do I think?

Calling for African and Asian communities to stop breeding to help the earth is as useful as focusing on banning plastic straws to help the sea when we know that 0.03% of ocean plastic comes from straws and 46% comes from industrial fishing nets. These campaigns demonise communities of colour and disabled people who need straws and also distract the public from fighting against major global corporations who are killing the earth with their capitalist greed.

I often wonder – What if that energy people in the west have towards arguing for Black and Brown people to stop breeding was instead put towards highlighting the current climate catastrophes happening in the global south? What if those platforms were used to highlight the history and the ongoing impact of green colonialism, environmental racism and extractivism by western companies in places such as Nigeria or Iraq? Or even on a practical level what if people put that energy into supporting beach clean activities or community-led conservation initiatives? Instead of wasting time fueling divisive and racist ideology.

What would environmentalist spaces look like if the mainstream movement was not contaminated by unbearable whiteness?

At ONCA, we aim to bring environmental justice issues to the forefront of conversations about the climate emergency, in order to make our environmental advocacy work inclusive and justice-centred. If you want to take part in this educational journey please support our charity and check out our Environmental Justice & Activism programme today.

I personally chose to use the term POC rather than ethnic minorities, to highlight and decentralise white privilege and white supremacist thinking which positions white ethnicity as normal/default/dominant and non-white people as “other”.