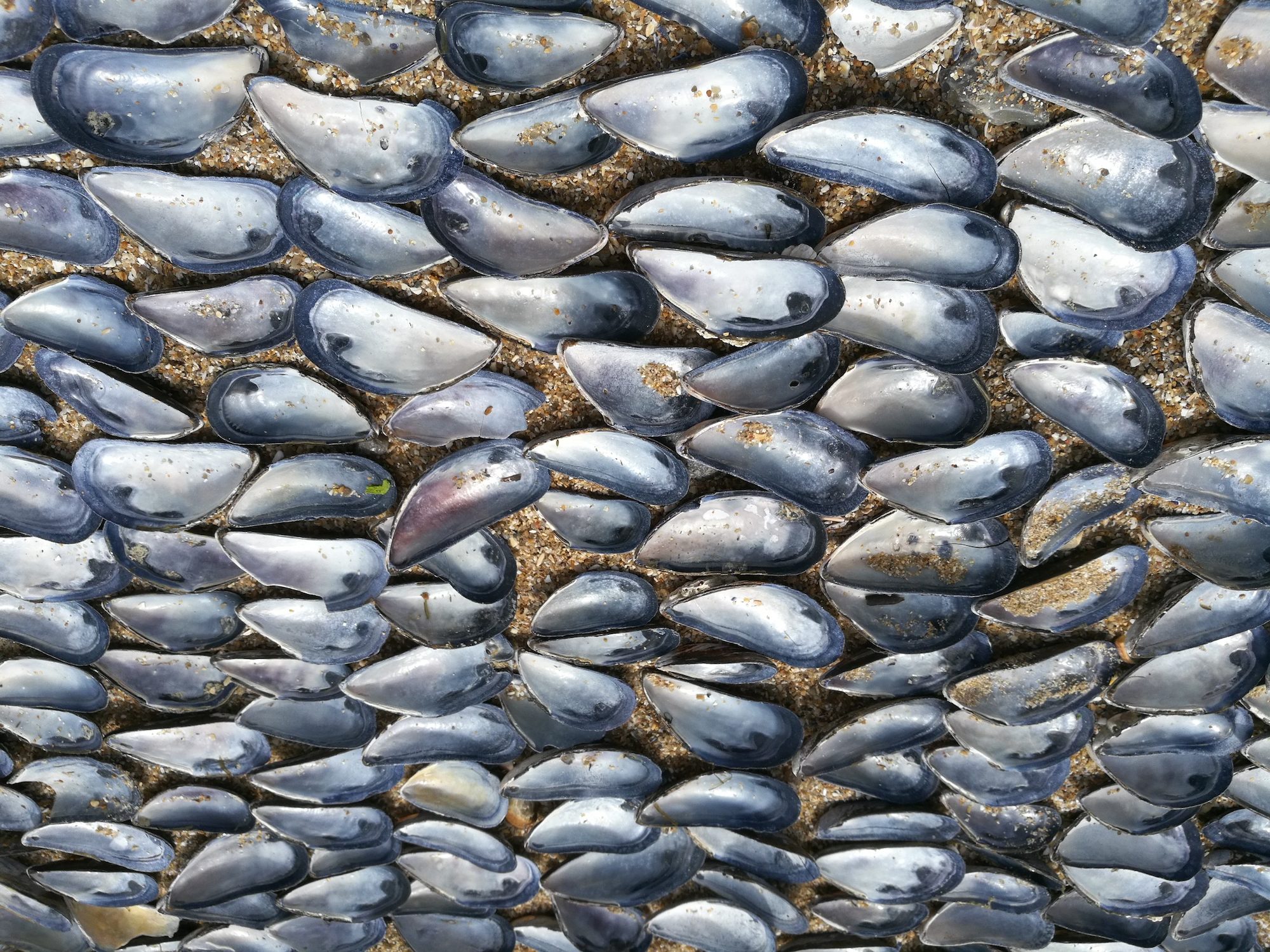 Supported by AOCP, Rampion and Arts Council England, ONCA artists are collaborating with Schools without Walls and three local schools on a summer project exploring our local Marine Conservation Zone and designing MCZ-inspired signage and sculpture for the Undercliff Path. This blog post was written by Longhill School science educator Mitzi Tahsin following a day spent on the beach as part of the project:

The day started with a hike to Ovingdean beach in glorious sunshine to meet Schools without Walls’ Paul Webster, the environmental scientist who would be helping the students discover the ecology of the chalk. Once there, the students began with the task of finding any crab shells that they could see – and some found a few impressive specimens of spider crabs and edible crabs. Paul went on to explain that the crabs who used to inhabit these shells were not necessarily dead – that shedding their shells was a natural process of the crab becoming larger: the shells cannot grow, so the crabs have to get rid of them and form a new shell.

The students then had to find 3 different items – some seaweed, a rock that was not brown or grey, and a rock with a hole that goes the whole way through. During their search, some students found a dead fish. This was a dogfish shark, a female, which had been caught by a fisherman (obvious by the sliced belly, the beginning of the gutting) but ultimately thrown back in the sea, evident by a missing head which had been bitten off. Most students managed to find some seaweed and different coloured rocks, but the hardest and most elusive was the rock with a hole!

For the next task, the students were split into two groups – one group to focus on rocks, the other on seaweed. The students were to find the colours of light from red to violet, and line them up on the sand. While looking for these, the students were then let loose onto the chalk ridges which had been exposed by the receding sea. In the rock pools that had formed, students found limpets, some crabs (dead and alive) and a shoal of fish which appeared to be new hatchlings, as they were transparent apart from their swim bladders. Paul found a spider crab that had recently shed its shell and was thus vulnerable and spongy! There were also finds of anemones of a beautiful green/red kind.

Finally, after some lunch, the students set to the task of creating artwork with the resources they found around them. Some were tasked with finding grey rocks, others brown rocks and the rest were collecting seaweed. At first, they were creating a crab, but some of the students found inspiration, and began to work on sharks, mermaids and fish! The results look amazing, and a lot of hard work collecting and shaping went into them.

The students greatly enjoyed their day on the beach, focusing on the importance of marine conservation in a marine conservation zone (MCZ) and are excited about their upcoming work with ONCA and So Sussex designing creative signage and sculptures for the Undercliff Path. 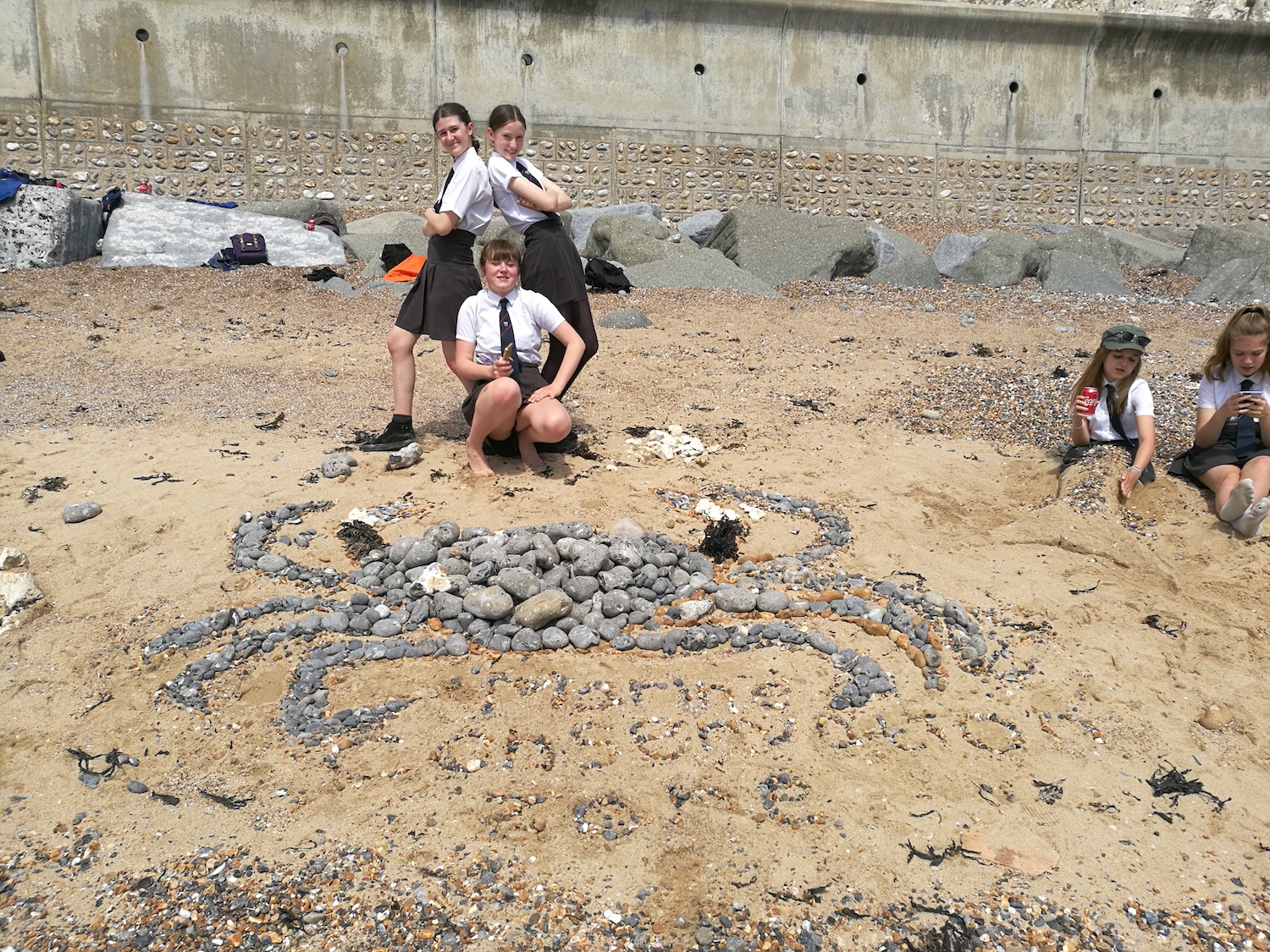