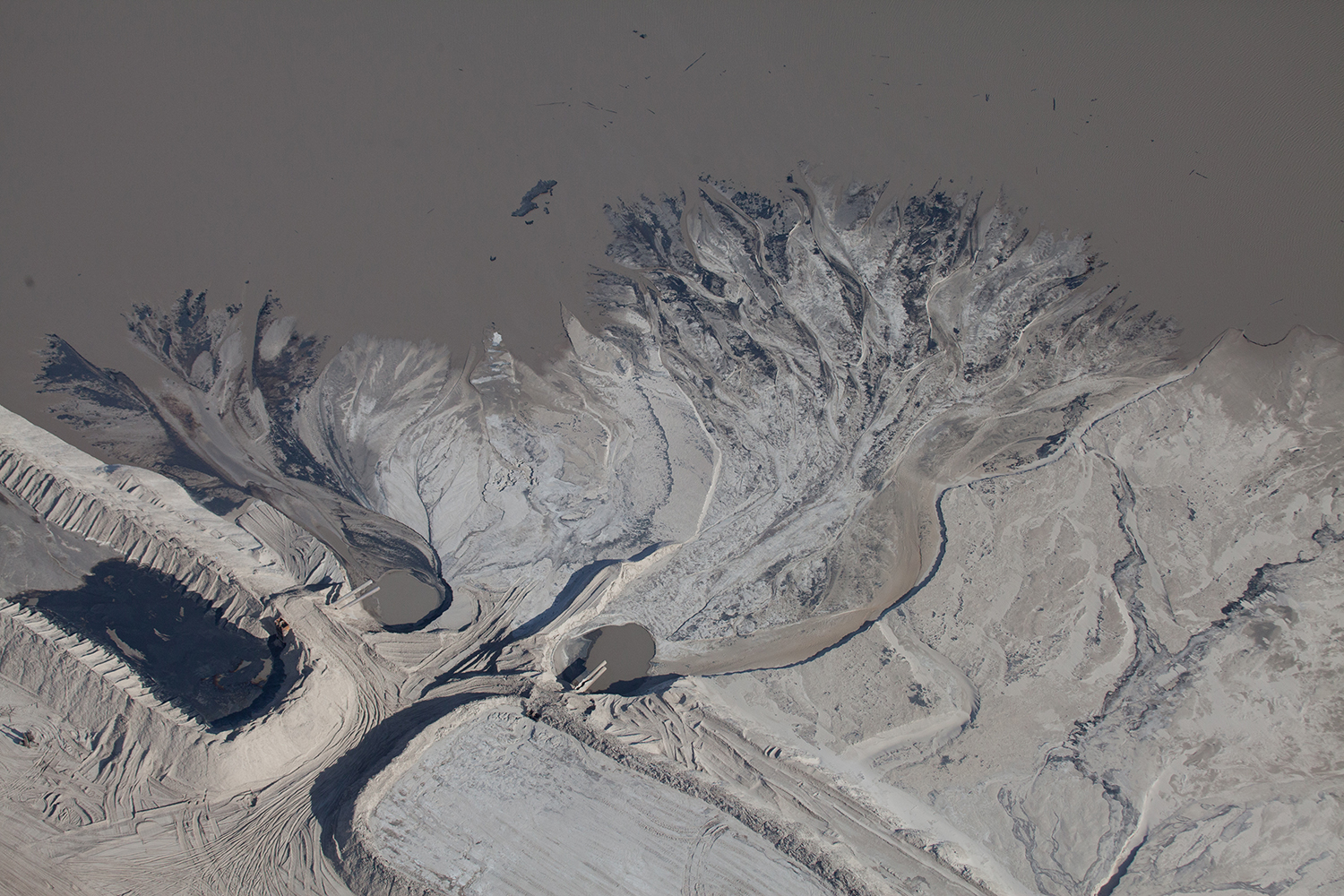 Wealth vs. Health in Alberta, Canada

The breeze rustles through the trees, resembling a wind chime echoing through the forest. A young Chickadee is perched on a low hanging branch scouring the landscape in search of seeds and insects.

The subtle scent of the spruce and pine trees, which stretch out beyond the horizon, permeates the air. A thick layer of snow covers the ground and appears delicately sprinkled along the branches. The sudden shriek of a chainsaw pierces the air. A tree thunders to the ground, its fall vibrating for miles around. A forwarder drags the heavy felled logs away from sight. A bulldozer scrapes away the remaining layers of snow, soil and fallen branches, leaving behind an empty gash.

The land is now ready for drilling. 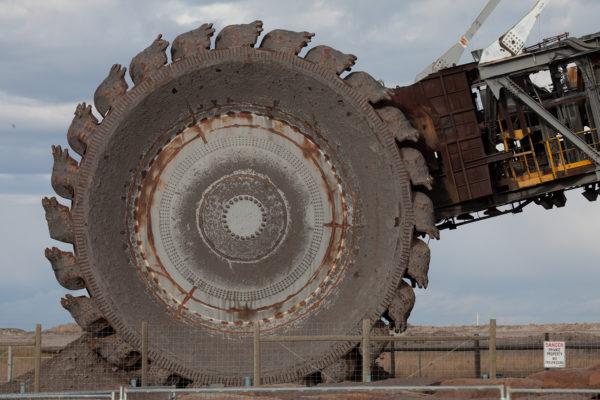 ‘Oil Sands’ by Alan Gignoux documents these scarred lands of Canada. Researched and photographed by the journalist, ‘Oil Sands’ is a beautifully produced photobook of images and interview-excerpts documenting the effect that the oil industry has had on the areas of Fort McMurray and Peace River, in northern Alberta. Over a number of years, Gignoux has visited the area to explore the complexities of the industry: both the economic benefits of having such an industry locally, as well as the undeniable environmental and health implications. 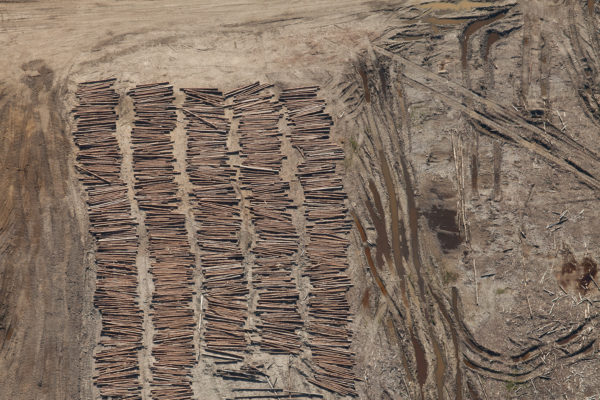 In several ways, the presence of the oil industry has been favourable. Economically, it has brought colossal change to the communities around its facilities. Alberta has the third largest oil reserve in the world and so as of 2017 an average of 140,300 people were employed in the area to work in the upstream energy sector. This has brought substantial wealth to the area and led to the exponential growth of Fort McMurray in particular. This seeming abundance of wealth has brought people from all across the country, making it one of the fastest growing areas in Canada. With the average wage in an oil refinery being US$9,200 a month, it is no surprise that people still flock to the west, a new frontier with the promise of wealth and success. But even this wealth is highly dependent on the market value of oil. 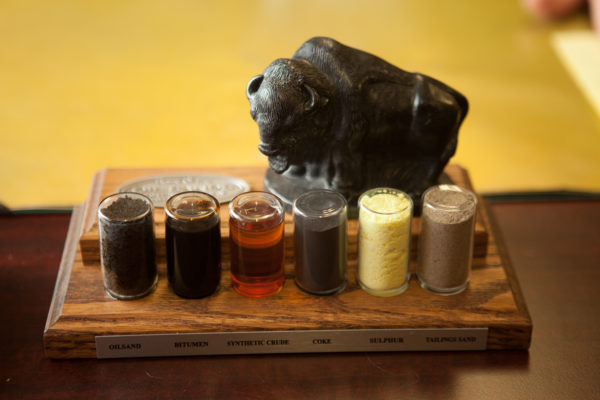 Although the economic prospects are enticing, the harsh reality of the environmental damage the oil industry is causing is evident. An increasingly high number of illnesses including leukemia, lymphomas, lupus, and autoimmune diseases have been diagnosed in the area since the oil extractions plants have been set up. Local Alain Labreque is no longer safe in his own home. The toxic fumes from the oilsands fill the air for miles. Labreque claims he cannot even open his windows without being overcome with symptoms such as headaches, nausea, dizziness and muscle spasm. But due to the fluctuating market price of oil, moving to another part of the country is not an option. Houses that were once valued at C$ 2 million have now plummeted to C$ 150,000. This has left house-owners trapped in the area, with no capital to uproot and build a healthier life away from the toxic environment of the oil sand extraction plants. ‘The biggest stress is uncertainty. Our life is on hold,’ says Labreque. 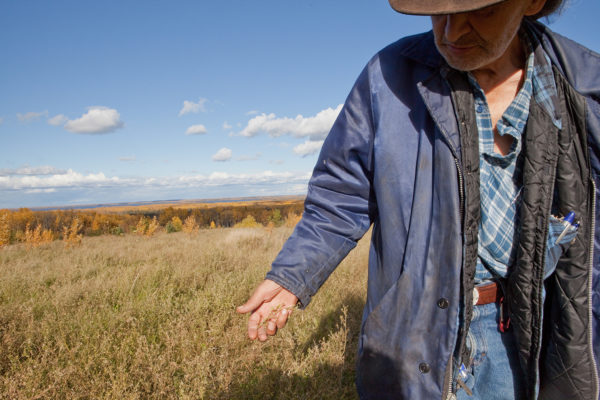 The Cree, Chipewyan and Dene people (indigenous communities) who have lived in the region for centuries have lost their abundant fertile lands. “(Oil companies) have destroyed 75 percent of our land, our habitat, our water… they’ve polluted our air, ” says Donna Ominiyak, a Cree woman from the area.‘They don’t know when to quit, they’re going to destroy one another… We are not going to allow them to disrupt our land any longer.’ 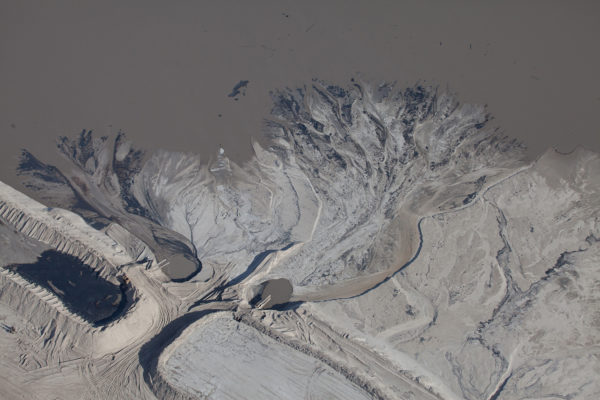 Despite the indisputable economic upsides of the oil extraction industry, the land will be left destroyed long after the oil has run out and the oil companies have moved on. Is the momentary monetary gain worth giving up our health and our planet?

Oil Sands is available to purchase via our shop here.