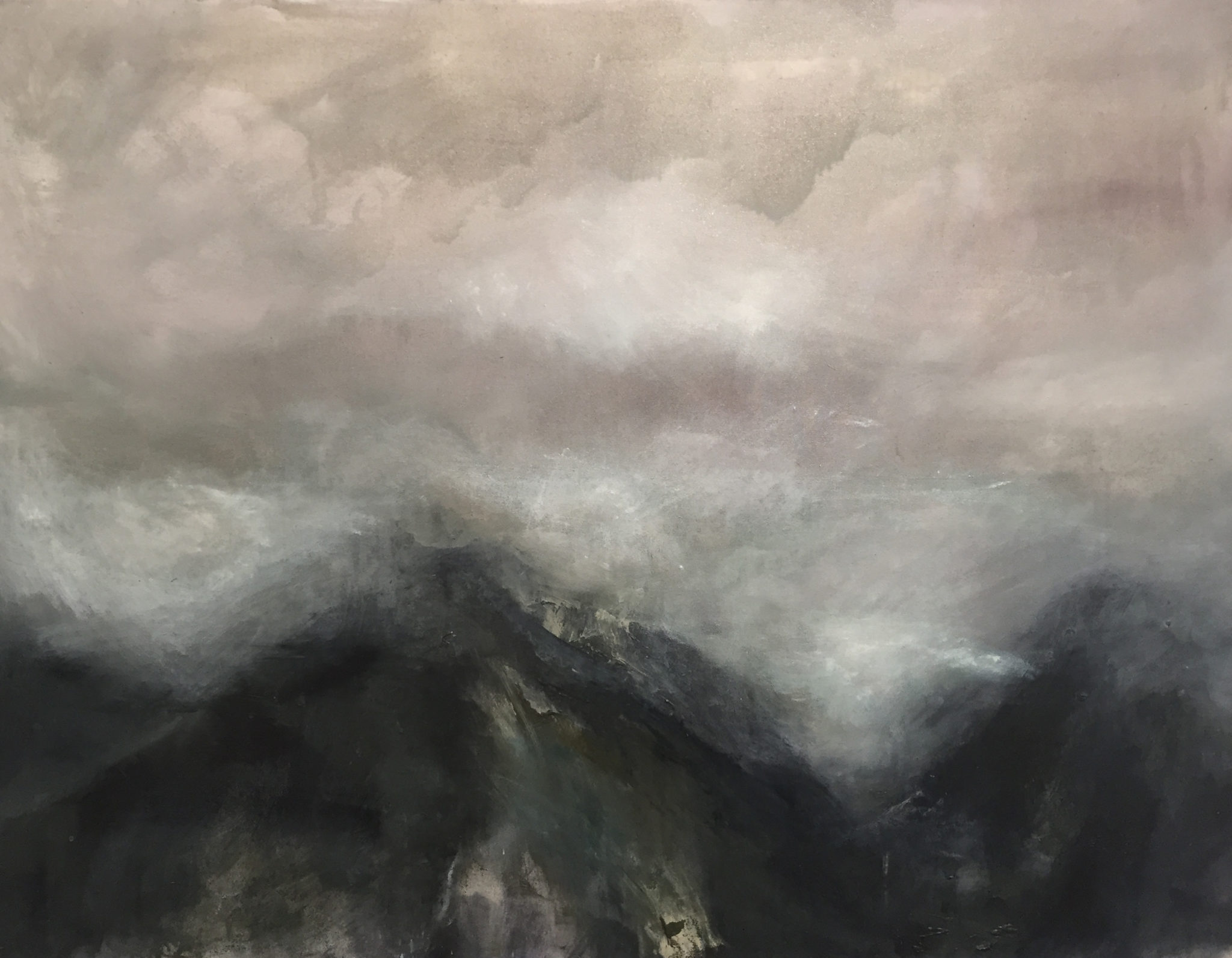 Abstract art seems to be having a moment at present. Galleries are displaying works by established and up and coming artists as if abstraction in itself has something to say, divorced from any context, and as if the form itself is an act of artistic exploration. Many of the pieces are samey or feel produced with a fashion or a buyer at the fore. Abstraction, perhaps, should be questioning or create a impact on the viewer. What might be seen as a more traditional figurative art is reduced very much to the status of second class citizen, offering chintzy glimpses into some realistically rendered landscape or portrait. 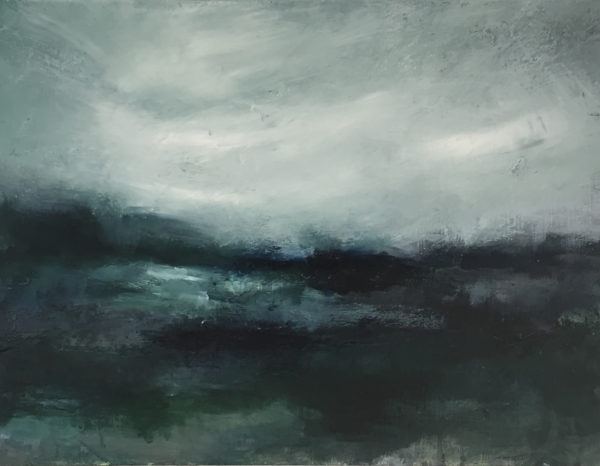 This brings me to Lily Rigby’s recent exhibition at ONCA Gallery, Brighton. Entitled “Where Sky Meets Land” the paintings offered a vision of abstraction more in keeping with the original questioning force of abstract art. This in part comes from the liminality of the paintings themselves. They are neither completely abstract, nor definitively figurative, but exist in a space between the two. Take for example Open Sea, which takes its inspiration from the landscape, but does so in a way where the emotional intensity and experience of the scene is foregrounded and the ‘realism’ of the scene is held back. The light in the picture emanates from the sky and from the part of the surface.

This tension – in some ways reminiscent of Turner, but with a contemporary twist – doesn’t only exist within the frame of the picture, but also the parergon- the light that both emanates from the painted surface, but also requires an external light-source to illuminate it – draws in the viewer. This is also a common feature with other paintings such as Misty Mountains, which displays the intensity of production through the removal and reapplication of the painted canvas, but also in the way that the final piece has been rendered so sensitively and emotionally. The framing of the painting adds to this effect. The space between the white frame and the edge of the canvas allows the drama of the creation to become visible and to show something of the process of the creation of the paintings. This is a bold move, as the temptation is often to erase the process of production from the finished piece.

This brings me back to the title, and in particular the ‘meeting’ that takes place. As a metaphor this infuses all of Lily’s work, contemplating ideas such as ‘where does the sky meet the earth?’, “where does abstraction meet figuration?” “Where does production meet final piece?” The impulse is to provide answers to these questions, but Lily’s work leave these hanging, to be pondered by the viewer.

What is fascinating with this exhibition is how Lily is able to produce such accomplished work despite training as an illustrator. There is nothing of the brief-driven necessity, or the produced-to-order final outcome of illustration, but a sensitivity working in a medium not associated with illustration. Perhaps the experience of this training manifests itself in Lily’s discipline, painting in her studio in the evenings after she has finished work. Lily is already planning for an exhibition next year, although she is not yet sure what the focus of the exhibition will be. Whatever that is, it will certainly be inspiring, sensitive and challenging and an event not to be missed.

(Lily Rigby is taking part in two residences in France and Cornwall next year. She will also be exhibiting her work at ONCA in  November 2019 as her next major exhibition.)

→ Lost Species Day Zine Making Workshop for Children
← Review: Some of Us Did Not Die