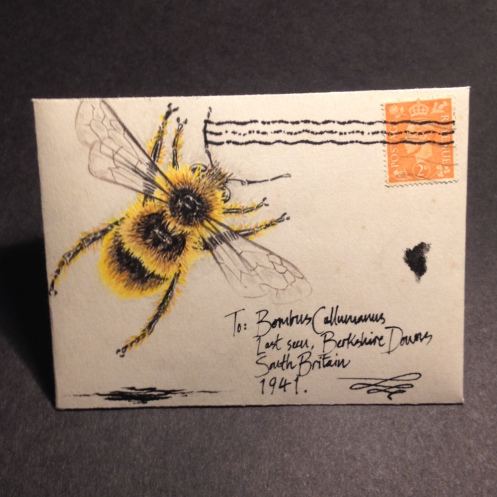 The 30th of November is Remembrance Day for Lost Species 2017. My tribute, ‘Return To Splendour’, is an envelope, made using paper sourced from the 1940s (it has some lovely foxing on it), a British postage stamp from the same era, and a pencil drawing that depicts an extinct bee species; ‘Cullum’s Bumblebee’ (Bombus Cullumanus). 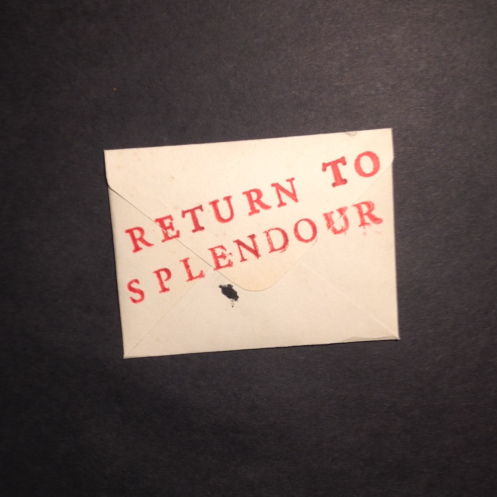 The ‘address’ is the location of the last known sighting of the species which was last spotted in 1941 (hence the sourced paper and stamp). Contained inside the envelope is a poem by Rachel Hadas: Bees Of The Invisible. I believe it is the perfect match as a lamentation of the loss of a life and how the name and classification,  left behind in the world of living language, ultimately feel a little hollow as a result of the transcendence.

The sky is blank but beautiful.
Nothing will ever be the same—
a cup of emptiness to fill,
symbols shaped into a name.

Nothing will ever be the same.
I cannot mourn without a sense
of symbols shaped into a name,
alphabet of intelligence.

I cannot mourn without a sense
of something that transcends the whole
alphabet of intelligence,
the bees of the invisible.

I believe the title of the poem is sourced from a quote that is attributed to Rainer Maria Rilke,

As human beings, we sure owe the bees a great deal. We may believe we are superior to such lifeforms but we fall very short of their harmonic synchronicity. 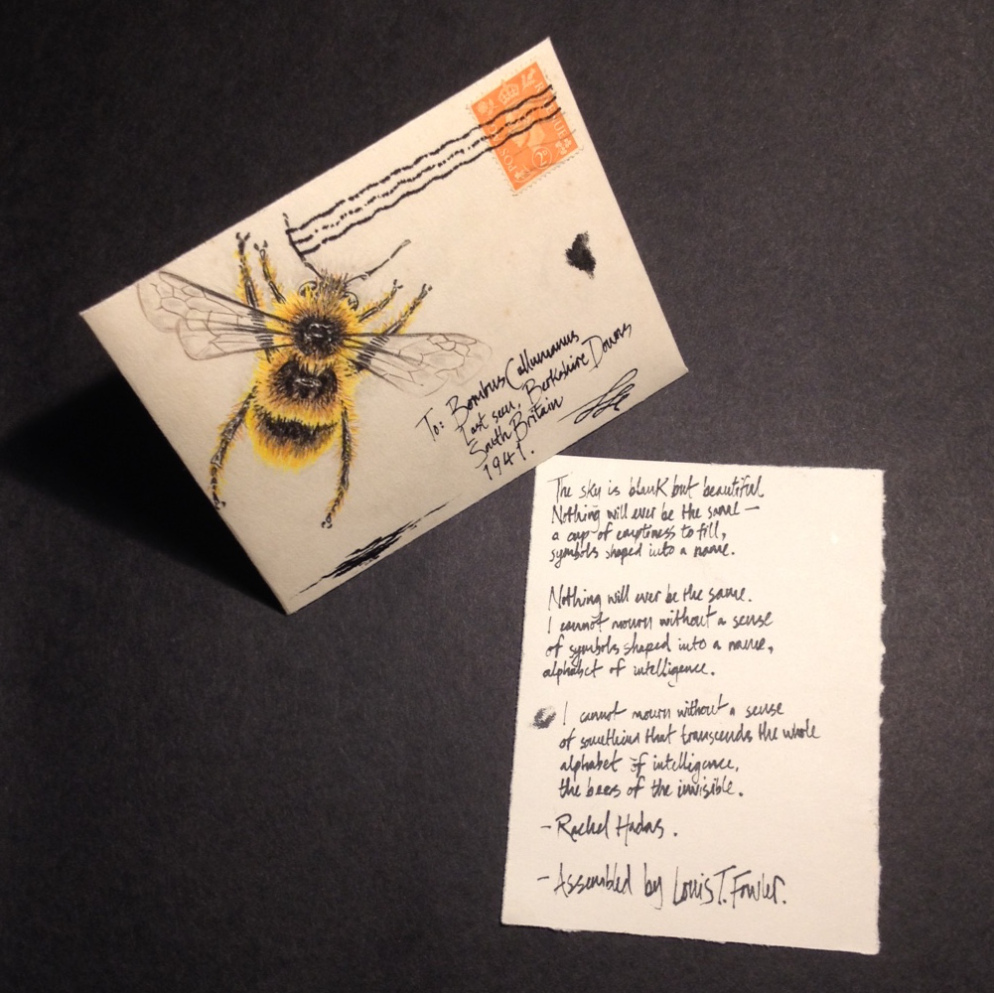 This post is reproduced with the artist’s permission from his blog.