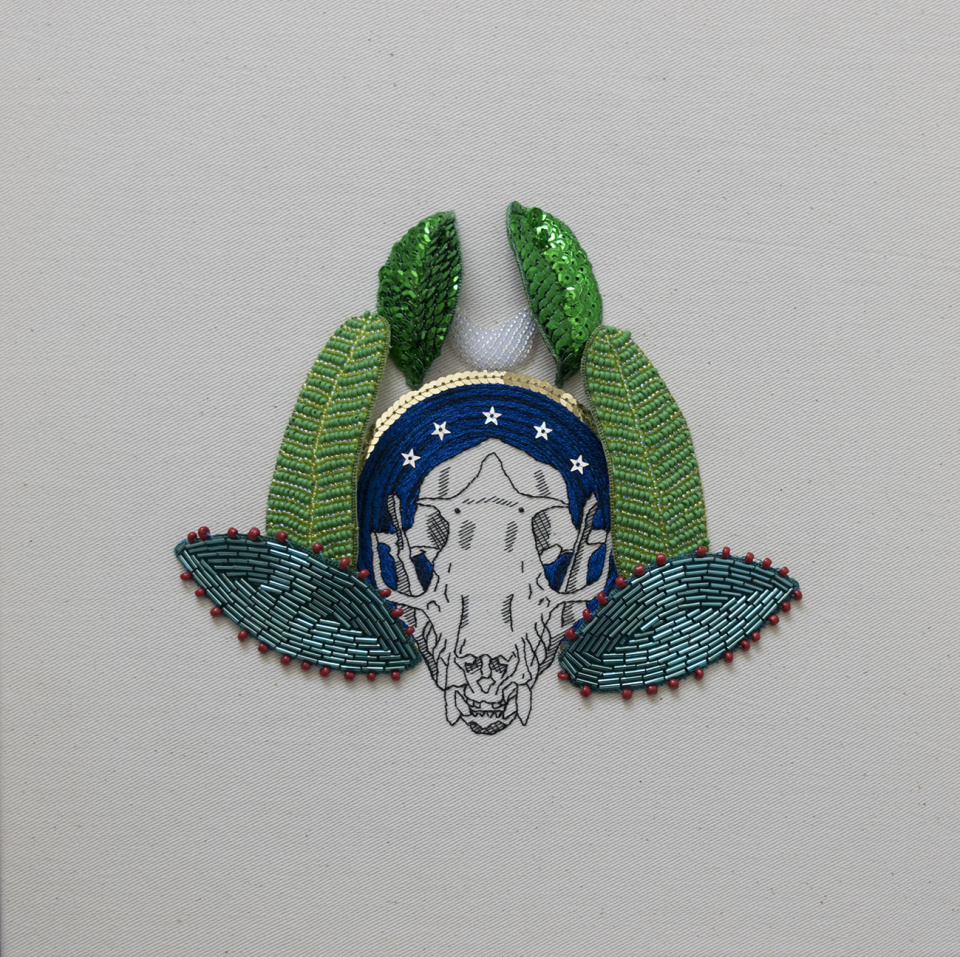 Katie Tume: Our Lady of the Flowers

Katie Tume, or Mother Eagle, is a Worthing-based master embroiderer whose work on lost and endangered species we are thrilled to be showcasing in November.

She keeps a lively blog about her work, and here she shares her motivations for creating Our Lady of the Flowers, a fruit bat, as the last of the Extinct Icons.

After it was confirmed that I would have my work on display at ONCA for their Remembrance Day for Lost Species exhibition, I wanted to make an Extinct Icon that specifically related to their theme for this year – Pollinators. I knew immediately that it had to be a fruit bat. The importance of bats as a species has been close to my heart since I took part in a conservation project in Malaysia in my early 20s.

Bats are the bees of the tropical world, is something I’m fond of saying. Three of the most important crops they pollinate are cocoa, banana and agave, amongst over 500 others we in the west are used to enjoying. 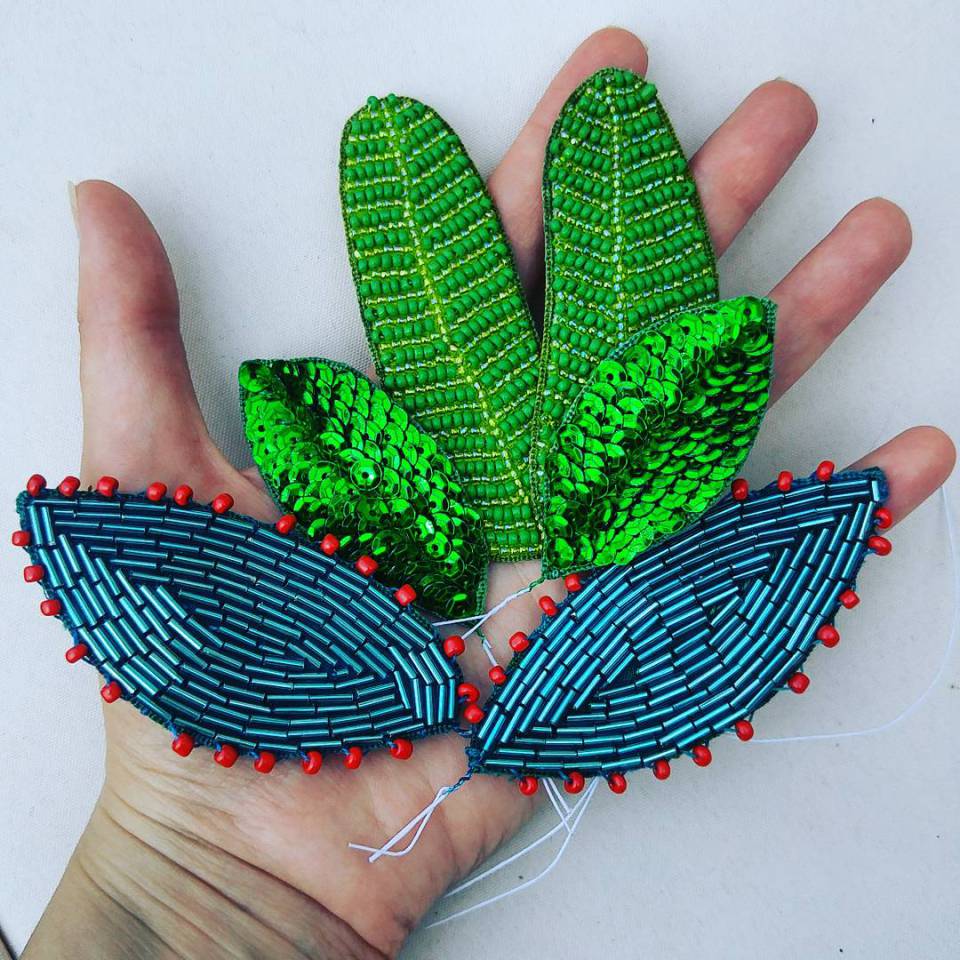 Bats are massively threatened by habitat loss – rainforests cut down for palm oil plantations being a big one. So I was inspired by religious iconography from the tropical world, usually the Virgin Mary surrounded by very colourful flora and fauna (think Our Lady of Guadalupe).

The moon is a nod to the nocturnal habits of this species – as is the starry sky.

In the United States bats provide an estimated $3.7bn in insect control, but in much of the rest of the world they are woefully under researched. Many pollinating species of bats have already become extinct, like the Dark Flying Fox of Mauritius and Reunion, or the Guam Flying Fox, due to hunting from settlers, or habitat loss from monoculture farming like oil palm. But we just don’t know how many species may be threatened.

Sign up for her embroidery workshop on December 2nd here.

→ Studio 14: The Place of Art
← Interview with Tricia Enns