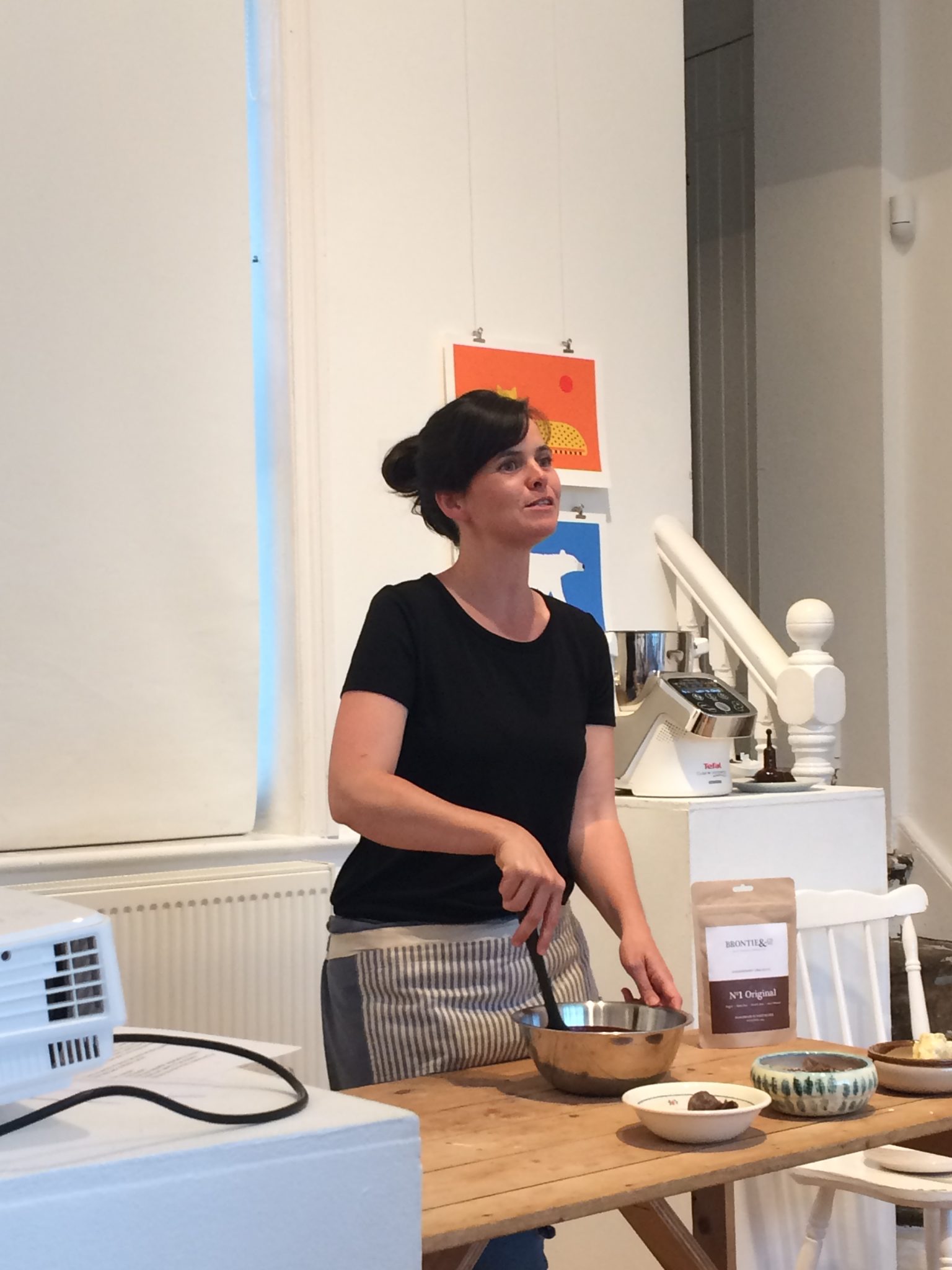 Thursday night at ONCA, we had the pleasure of hosting Brontie & Co and Vego Club for an event which to me simply couldn’t be called anything better – Luxury Vegan Chocolate Tasting.

The eponymous Brontie has a backstory straight out of a modern day fairy-tale: after slugging her way through years as a corporate lawyer, a career she loathed, she ditched it all to learn the art of chocolate-making and created her own brand of ethical, healthy, luxury chocolate. If that’s not a character arc to gain inspiration from then what is?

The event was also organised by Vego Club, an exciting new online community who are raising awareness of vegan alternatives and encouraging meat-eaters to get involved with the movement. The Club is clearly growing quickly, with a wide assortment of people gathering enthusiastically for the event. 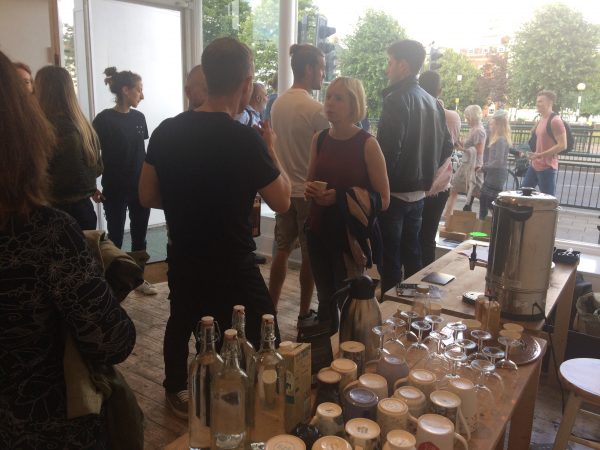 The evening began with samples of Brontie’s drinking chocolate, which she was very keen to point out was a different thing entirely from what we understand as “hot chocolate” in the UK today. Instead, Brontie brews minimally-processed cacao beans with hot water in a cafetiere, much like you would with coffee beans. The result is a hot drink, thin in consistency and more like tea or coffee than standard hot chocolate, which, without all the added milk, sugar and preservatives, is actually pretty good for you!

The health benefits of chocolate were something Brontie kept coming back to in her ensuing presentation. The way that the western world has co-opted chocolate, and filled it with harmful sugars and chemicals – all for the sake of profit – is why it has procured such a bad rep. The cacao bean itself is full of beneficial minerals such as magnesium, zinc and copper, as well as antioxidants, and hormones like serotonin and dopamine. If you get can get your hands on the good stuff, it is perfectly healthy to eat chocolate on a daily basis – “I have it for breakfast, and so do my children,” announces Brontie amongst giggles. 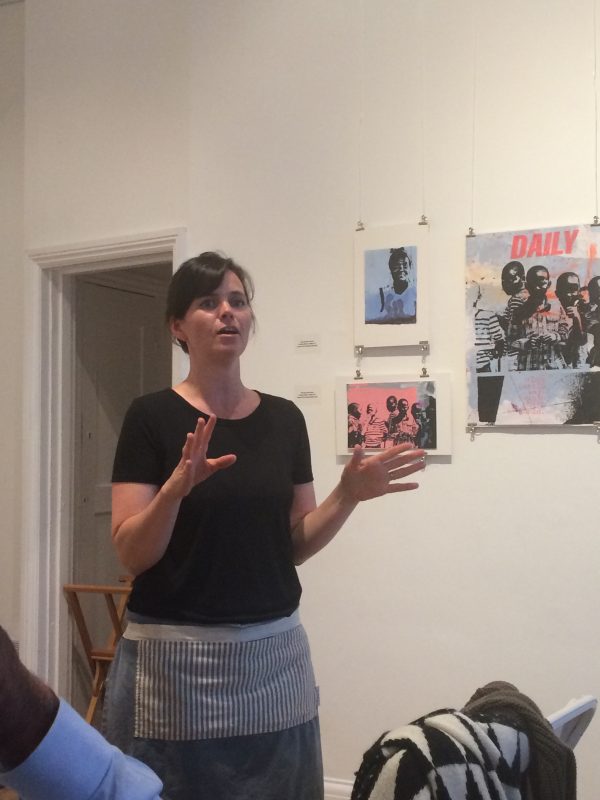 Brontie also discussed the ethical and environmental impact of the mainstream chocolate industry and explained how she is doing things differently. The cacao bean originated in South America but was shipped to African plantations by European imperialists, kicking off a centuries-old industry of harsh labour and agricultural manipulation. Rather than developing in their usual habitat, protecting and being protected by their natural eco-systems, cacao trees grow on their own, having to rely on harmful pesticides and fungicides which leave traces in the final product. That’s bad news for your body and bad news for the natural world in which they function. All of this is why Brontie has decided to source her cacao from wild volcanic sites in Ecuador and work as closely with the local communities as possible, to ensure she is having a positive impact on the environment and its people.

Next up on the agenda was chocolate-making and – most importantly – tasting! Brontie talked us through the process of de-shelling and grinding the cacao bean, and how to temper chocolate. A couple of volunteers followed her instructions of stirring the melted chocolate and letting it drop in a waterfall from the spatula: a (cruelty-free) sight straight out of a Lindt advert. “Every chocolatier has their own way of tempering chocolate,” she said, telling us how she listens to slow, calming music to find the right flow. When a friend came to her factory to give tempering a go, he listened to heavy metal instead, and Brontie insisted you could really taste the difference. Brontie explained the molecules in the chocolate were like a jigsaw puzzle being thrown in the air and shaken until they formed an intelligible shape. 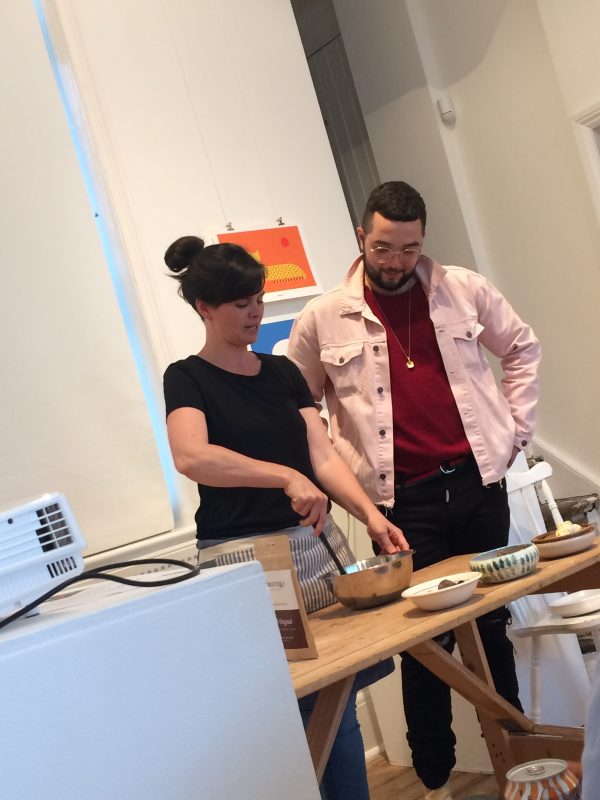 There were four single origin fine chocolates to try. Firstly a 72% Costa Rican chocolate with a smoky aftertaste, then a smoother, caramel-ly batch sourced in Ecuador. The second was a sample of Brontie & Co’s own making, while all the others were produced by Waitrose 1, one of the few mainstream chocolate companies Brontie will go anywhere near. Unlike many other chocolate companies who appropriate words like “luxury” and “organic”, Waitrose 1, she explains, is really committed to steering clear of harmful chemicals and upholding ethical and environmental standards.

Brontie advised eating a piece of pitta bread between each piece of chocolate to soak up the excess food molecules in the mouth and give the taste buds a chance to rest. She also recommended we steer clear of wine until the tasting part of the event was over as it could interfere with our taste buds – although many decided that was one piece of advice they’d rather go without. 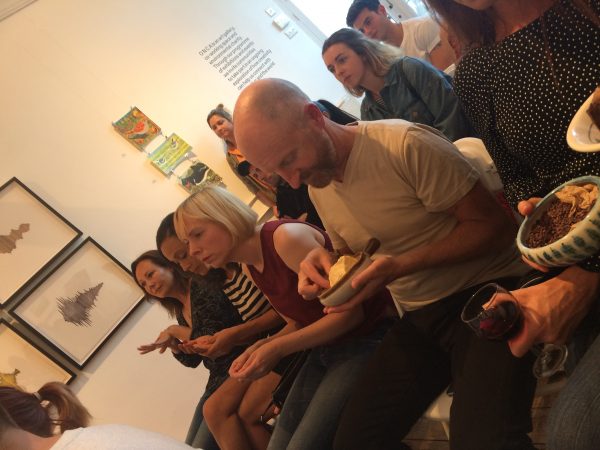 The next chocolate to taste was from Peru and had a fiery, charcoal taste, as well as a slightly gritty texture. Brontie explained this was a result of the chocolatier using a shorter tempering period. Last of all was a 90% piece from Dominican Republic, which I confess was too bitter for my liking. “Perhaps something to build up to,” Brontie suggested, smilingly, to a man who said it was a little too much for him.

The evening wound down with beverages and lots of lively discussion about all things chocolate. Some were exchanging food recommendations, others debated which of the tasters was best, others raved about their newfound discovery that chocolate could be healthy! We were all blessed with a complimentary Brontie & Co chocolate bar to take home with us – although how many made it through front doors is questionable. Lydia and I snapped up a bar of the Coconut & Pink Salt flavour which tasted every bit as divine as it sounds. The gentle sweetness and saltiness was a welcome respite after the intensity of the high percentage samples we had had throughout the evening. The group filtered out with pockets filled, taste buds quenched, and their imaginations wild with the tangible possibilities of healthy, ethical, great-tasting chocolate!

→ Apolitical
← The Making of an Exhibition