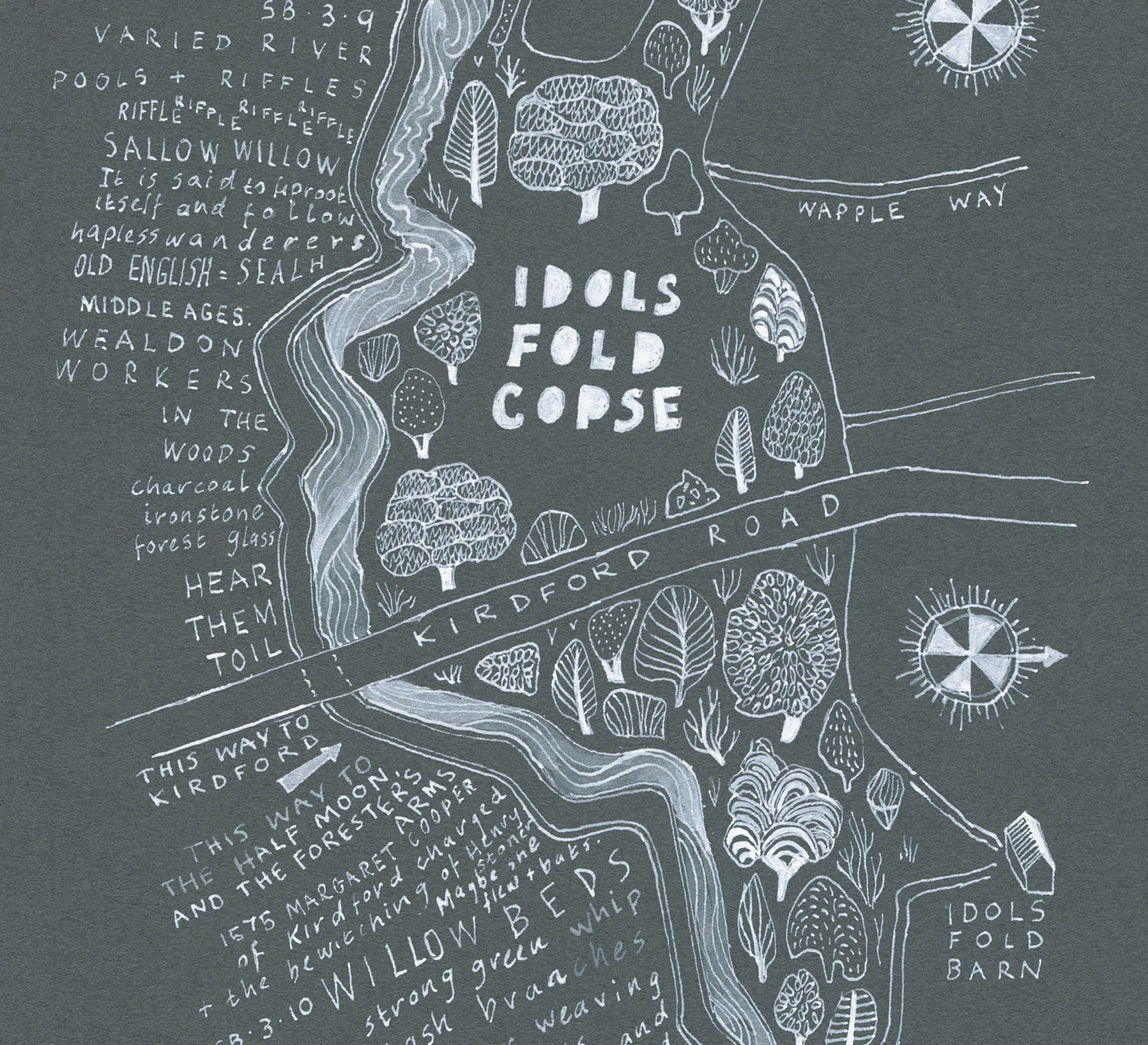 It’s lovely to be asked to show ‘Echolocation – the flight path of Starbeard 3’ once again at ONCA as part of their relaunch and retrospective of the past 5 years, ‘Perspective 2012 – 2017’.

Echolocation was commissioned by the Gallery in collaboration with Sussex Wildlife Trust who provided a package of scientific data about the flight paths of the rare Barbastelle bats on Ebernoe Common in Sussex. The data documented the route in use for centuries, along the River Kird, with tables of trees in Latin and of the general topography of the area. Somehow I had to turn this cold scientific collection of facts and figures into a description of a place that encompassed many living things and held many stories in its Sussex mud. 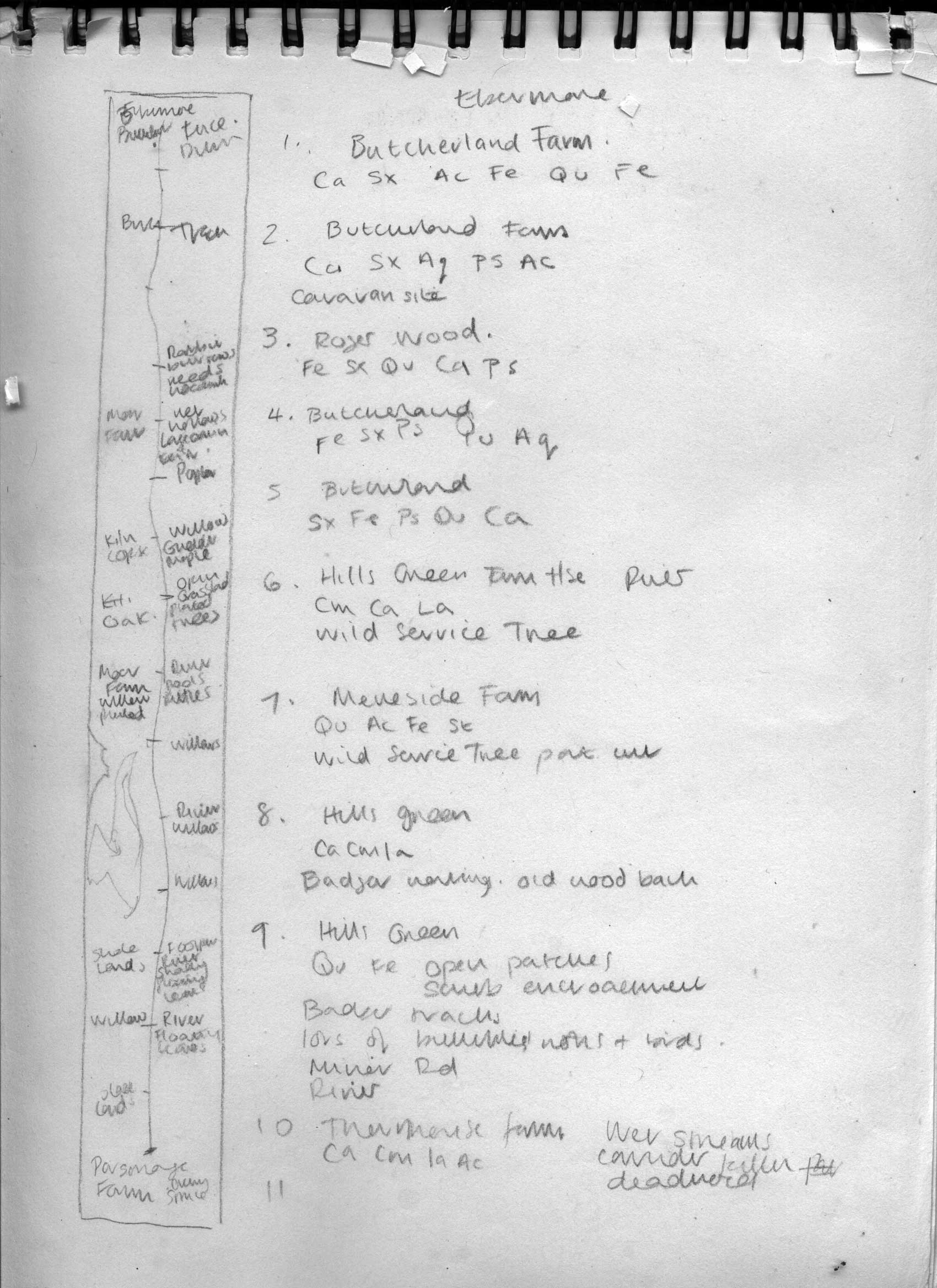 For a map about wildlife and wilderness, it was surprising how much I used the internet to create it. With a little botanical knowledge and Google, I could decipher the common names of most of the trees. It was possible to digitally walk the route of the river using Google Street Map and relate the scientific data on paper to an online visual. I collected details of Barbastelle flight patterns and calls, making lists of the evocatively named moths the bats eat: dark arches, dusky thorn, buff ermine….

Local stories were extracted from online history sites about the Sussex Weald. I let myself wander through the internet, collecting details about Weald crafts, about the traditional uses of plants found on Ebernoe, and the old stories of Kirdford witches and murderers. I travelled to etymological sites and found words in Old English and the Sussex dialect. Words, that at some point must have, like the bat calls, echoed through those woods and can still be heard if you listen carefully.

Copious notes were made and practice maps were sketched out, filling in the information I had from all my sources in relevant places along the flight path. The printed material I had, split the route into sections which were given a number. I used these numbers as a structure to map the journey. 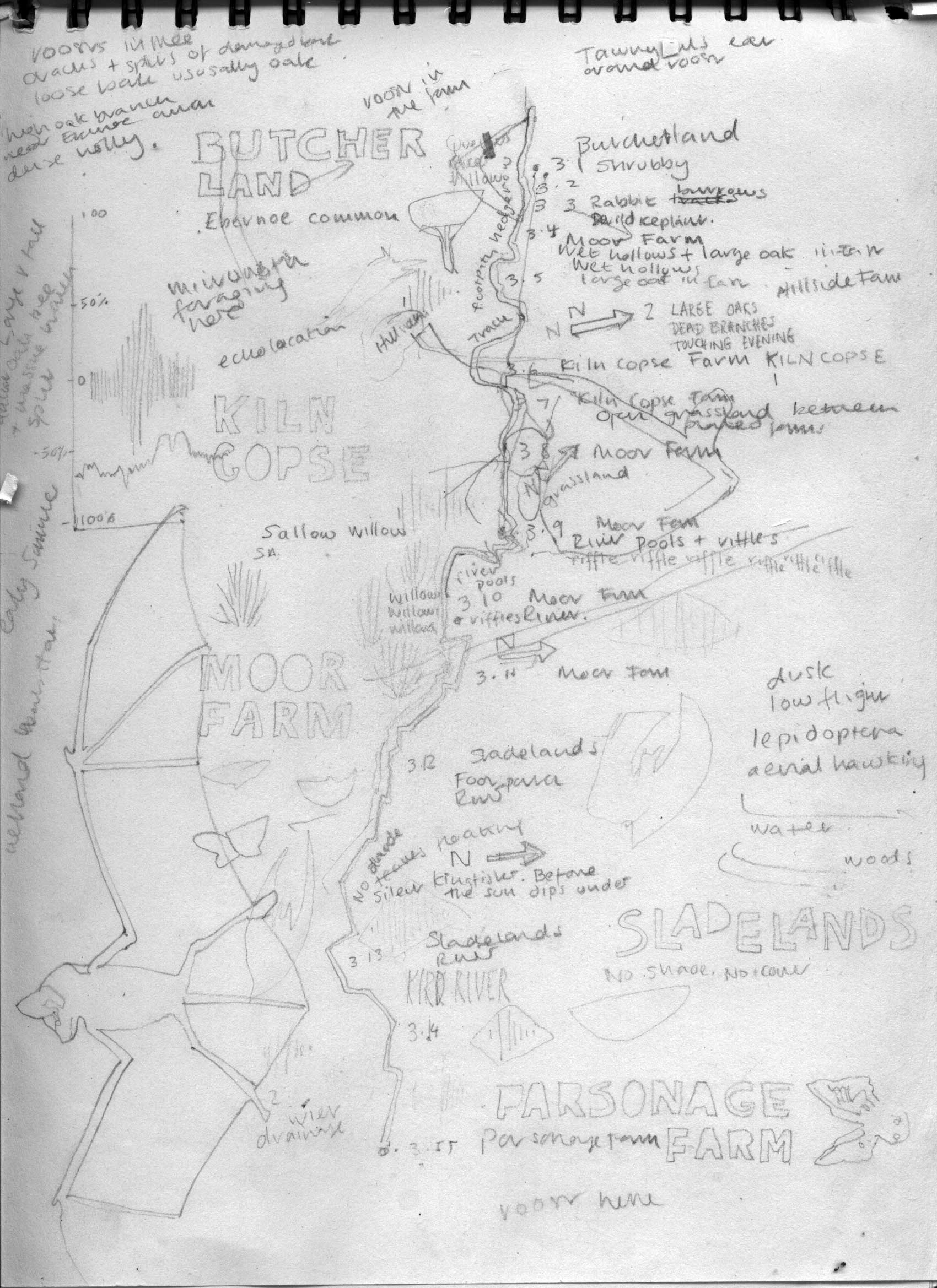 Playing with ideas in preparation for ‘Echolocation’

The format of the map was based on old English strip maps, once used by the first postal service in the 17th century. Strip maps generally show the route from one place to another in a long form, focussing entirely on the journey and the features you would meet, rather than any surrounding countryside. The direction changes are indicated subtly along the route by tiny compass roses. 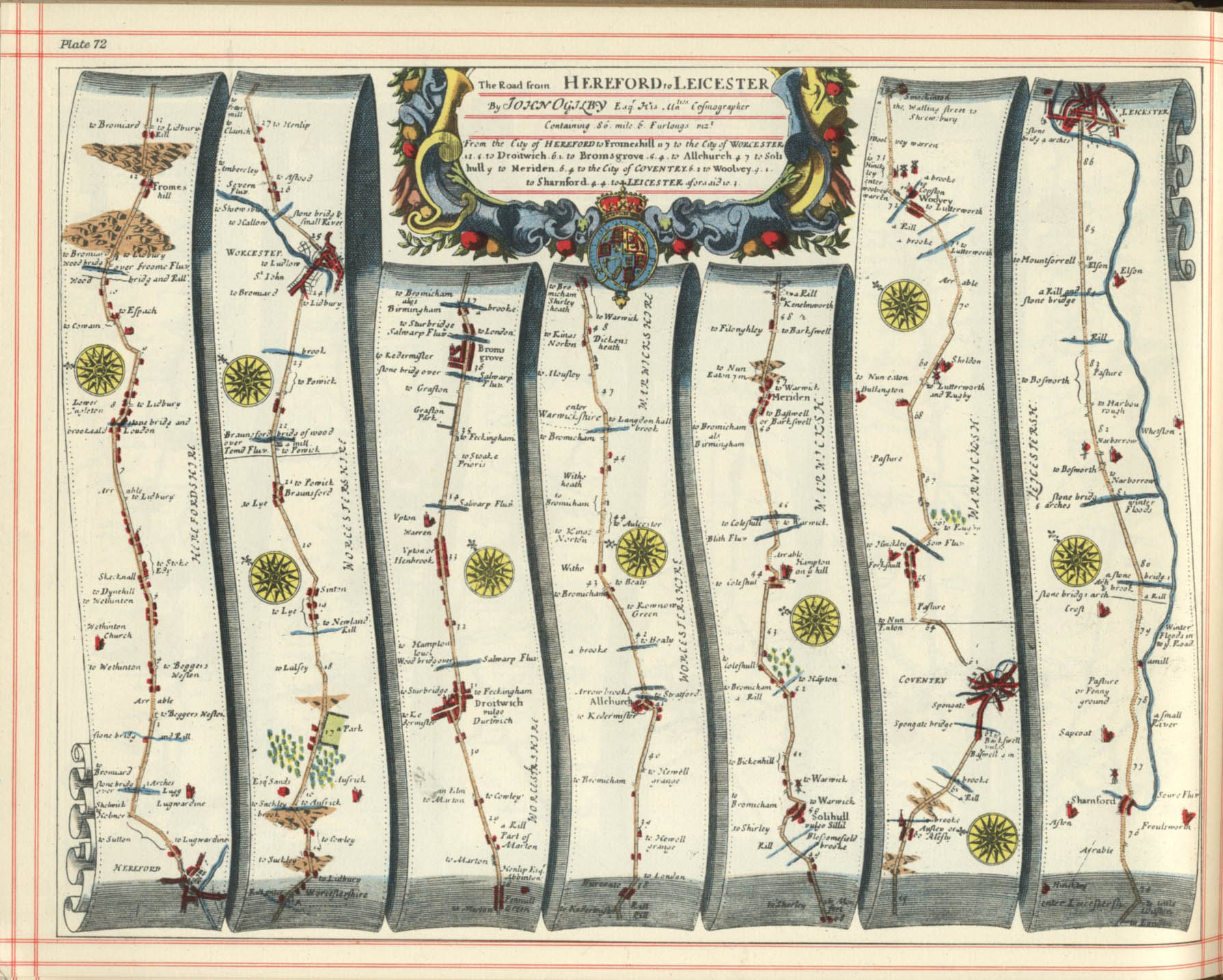 ‘Echolocation’ was eventually inked in with white ink on a slate grey mountboard and exhibited at ‘Making Tracks’ exhibition at ONCA. Some time in the future, I would like to go to Ebernoe Common and walk there, experiencing for myself the sights, smells and echoes of the place. With hind sight, although finding such a wealth of information online is incredible, I can only imagine that the place physically experienced would allow me to create a much truer map. A map that shows it, not just as a collection of online and scientific data but, as a real place that still echoes with voices, is still creating new stories and still has a very old but strongly beating heart.