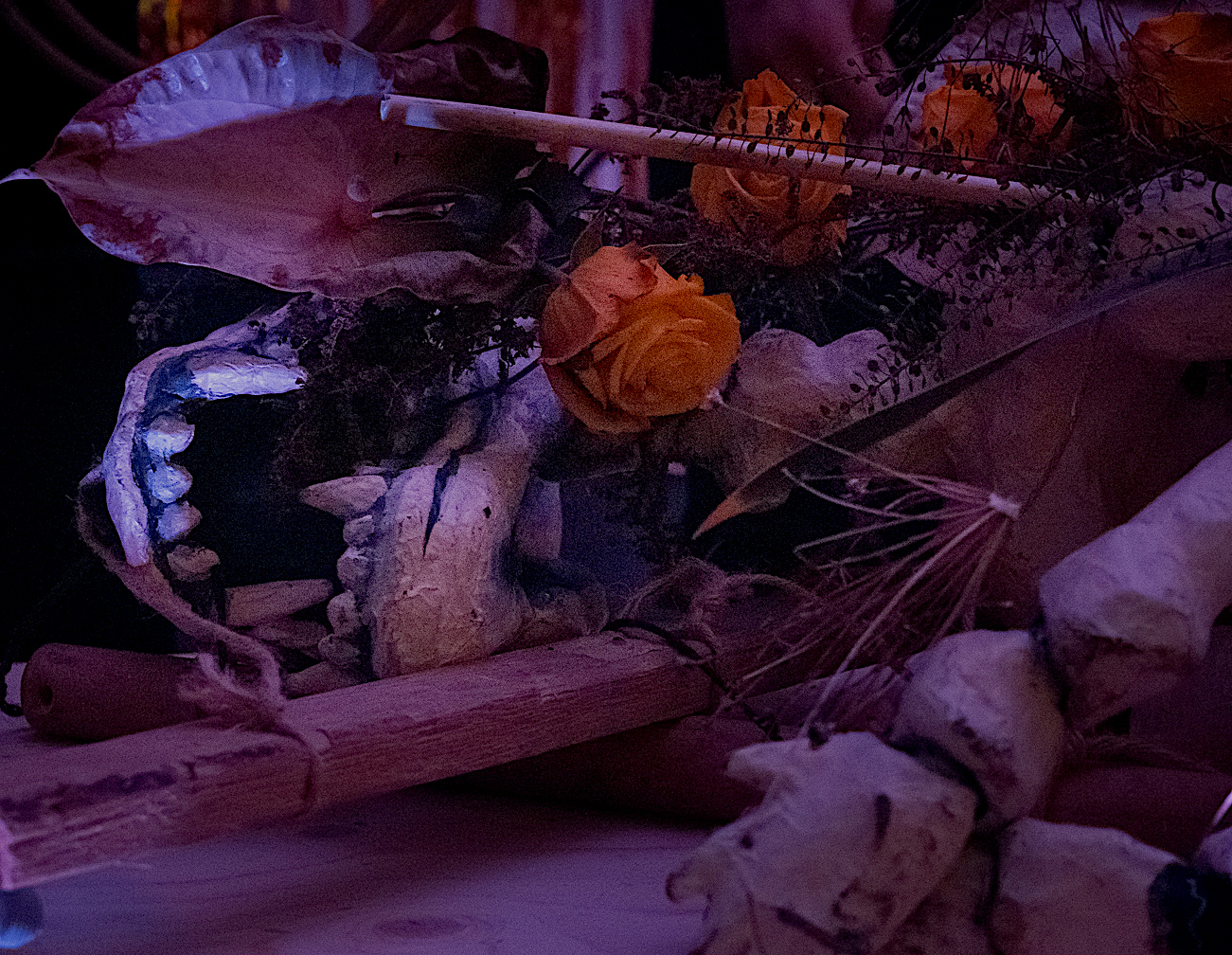 As part of the ONCA’s 2016 Remembrance Day Lost Species Day Programme, we held a funeral for the thylacine, extinct since 1936.

Thank you for coming. It’s Remembrance Day for Lost Species. Holding in our thoughts and the thing that we are addressing is the Tasmanian tiger or the Thylacine.

Thylacines once ranged all the way from the jungles of New Guinea down to the southern most parts of Australasia. Dingos arrived around 3000 years ago and wiped them out in the mainland.

The last ones had a refuge for millennia on the island of Tasmania. They were safe. In 1805 we had the first detailed description of the thylacine from Europeans. The British colonists, which were settling what was then known as Van Diemen’s Land, assumed there were no large carnivores anywhere around. It turned out they were wrong. However, despite it’s appearance, despite the stripes, the sharp teeth thylacines are actually timid, nocturnal creatures that preferred small prey. Creatures were labelled ‘tiger’, ‘wolf’ and ‘hyena’.

In 1830 a bounty was first put on their heads. They were labelled as sheep killers and blood drinkers. The thylacine did not just inspire revulsion, however. Naturalists were drawn to it. A curious animal that they viewed as a paragon of convergent evolution. To this day, you can still see the remains of the thylacine that Thomas Huxley dissected in a jar in central London. Zoos clamoured after them, London zoo alone had about 20 of them on display over the course of 60 years, although the visiting public generally thought them dull and uninteresting.

In 1888 the bounty on their heads went up to the equivalent of over £100 each, although a thylacine trapper could double this by taking the head around the local farmers and showing it off to get payment from them aswell. Over 2000 bounties were payed out on the heads of thyacines between 1888-1909. The actual number killed could have been double this. In 1901 there was a conservation movement which realised the value of this unique creature and began pressing for protection.

Unfortunately, so far as we know, only one thylacine was lucky enough to receive official protection. Benjamin. The last one. 59 days of his life. Some say the thylacine may have survived a little beyond this point, although declared extict on the 7 th of September 1936. When Benjamin’s keeper found him dead from exposure on the concreate floor of his cage in Hobart Zoo.

Perhaps as late as the 1960’s they may have survived or it could be that Benjamin was the last of his kind. However now, all hope for the species is sadly lost. Never again will the striped form of the thylacine walk out of the forest, stalk a wallaby or search for a mate. But the memory lives on and the warning of the thylacine echoes through the ages.

A dark testament to humanity’s destructive power and carelessness. Remember the thylacine and fight to stop others joining it in its extinction.

→ Extinction and the Image
← Review: Do You Speak Seagull?