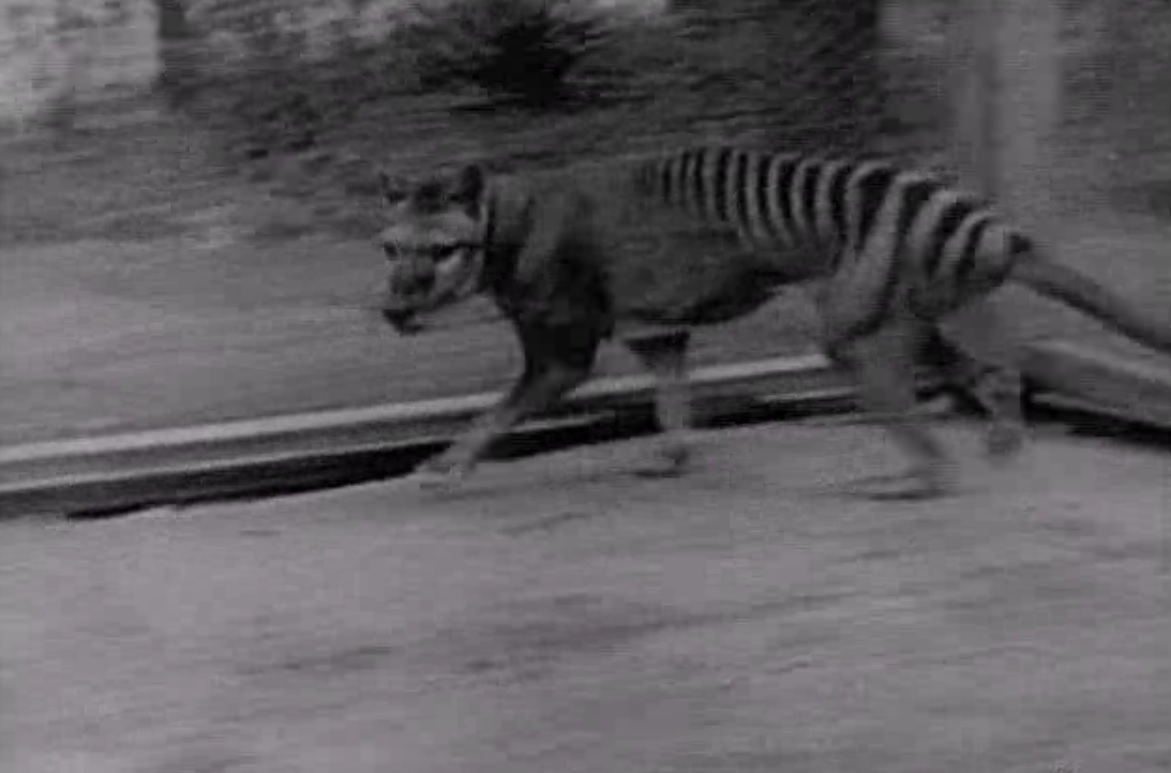 Extinction and the Image

This piece is shared with the permission of the author and was originally published on The Learned Pig.

Animals. The non-human kind. They are everywhere in an increasingly virtual world and more often not there in reality. Our eyes and minds seem instinctively to search out and recognise animal forms. Whether we experience a physical encounter or one mediated through the image, animals are insistent to us in their familiarity. So too in their otherness. Critic John Berger, who has written influentially about nature and culture, observes that ‘Animals first entered the imagination as messengers and promises’. Indeed the potent magic of their image, the ubiquitous motif, has not diminished even as our connection to the real thing has. 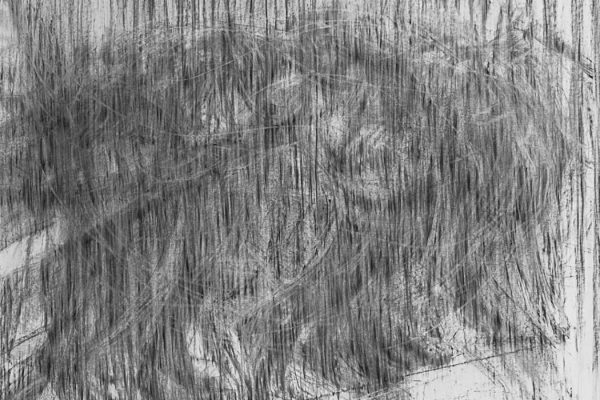 Think of cave art. Those mysterious and powerful shapes could bring to life migrating herds of horses and bison or invoke a lion’s head from an undulation in the rock. Representation was key, whether to pass on hunting knowledge, give meaning to ritual or record histories. As such, the animal motif was an inescapable part of early mankind’s universe. Many of the animals in cave art were also early casualties of human disruption as our ancestors acquired the tool skills that allowed them to compete with large mammals for the same prey and with herbivores for plant food. Our arrival as major predators had wide ranging implications for ecosystems, triggering a ‘trophic cascade’ of imbalance between predator, prey and environment. Sabre-toothed tigers, cave bears and lions and woolly mammoth may be distant victims but we risk history repeating itself as we choose which species we harvest, manage or eradicate today. There’s the possibility that soon, maybe in our lifetimes, representing talismanic megafauna may be less a matter of record than one of remembrance. It wouldn’t be the first loss of an apex predator in modern times before our very eyes and by our hands. 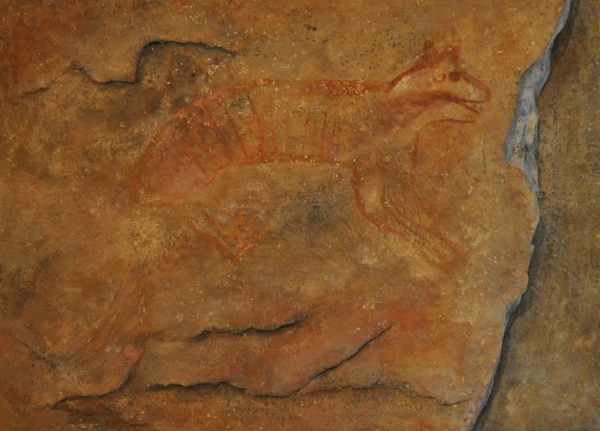 Eighty years ago a young film-maker and zoologist, David Fleay, was allowed entrance to the thylacine cage in Hobart zoo in Tasmania. A curiosity of natural history, and the product of an evolutionary cul-de-sac, the thylacine looked like a cross between a wolf and a tiger. In fact, it was neither canid nor feline, but a carnivorous marsupial with an impressive 80 degree yawn. Its closest relative is the smaller, and famously feisty, Tasmanian devil. 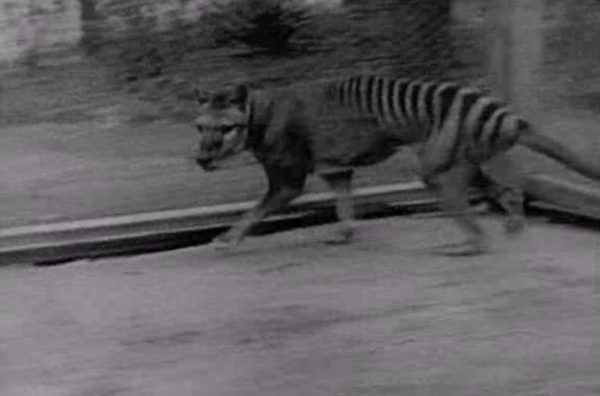 Aboriginal artists had been living alongside and making images of thylacines for thousands of years before the animals became confined to Tasmania largely through competition from humans. In a familiar European narrative, nineteenth-century settlers perceived the thylacine as an economic threat largely on the grounds of its resemblance to the wolf, and it was demonised and hunted to extinction by the early twentieth century.

In Fleay’s 1933 film the sparse confines of the zoo give no clues as to the thylacine’s real habits, other than the novelty of its defensive yawn and sloping gait. Today those few minutes of footage (which cost him a bite on the behind) is the closest we can get to a living thylacine. Where aboriginal art recorded a living world in which its inhabitants were immersed, the Fleay film quickly became more historical artefact than nature recording when that last captive thylacine died a few years later in 1936. 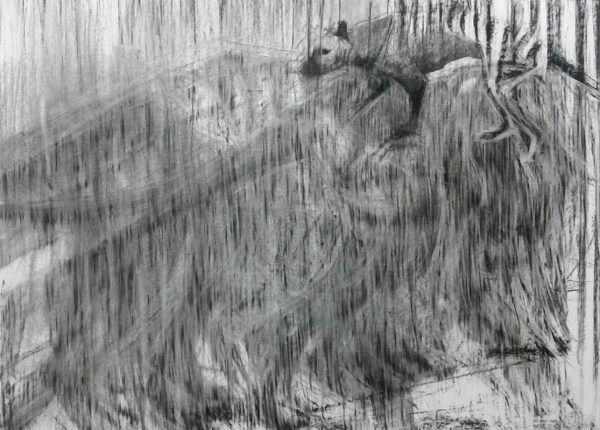 The sense of historical and ongoing loss that the film embodies became a focus of my work as an artist and key in considering contemporary animal representation. In a society saturated with animal imagery how can we meaningfully construct artistic responses to the growing crises in nature? Representational drawing no longer seems an adequate form of mark-making to describe a non-human animal of ambiguous existence. Cave art was precisely about relationships but for me the question is one of disconnection – how can the positive act of mark-making describe negative states of being? How best to describe an extinction or depict a creature not present or no longer intrinsic to our experience? Certainly not with detailed observational drawings.

Thinking differently about what representation means and where it leads can open up new possibilities for making artwork. Liberated from reproduction, other elements come to the fore: qualities inherent to particular animals, patterns of movement, individual and collective histories, and we can begin to consider how art might reflect such attributes. 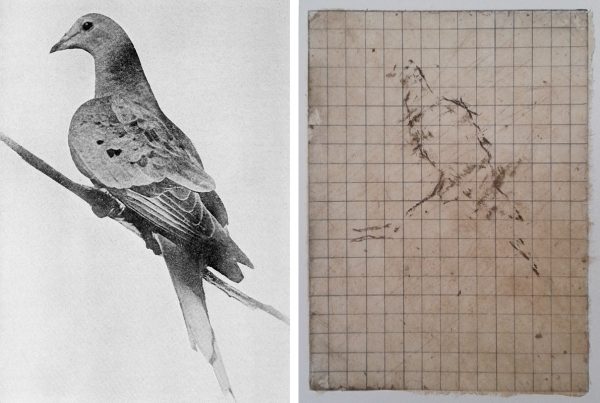 My work focuses on the negative spaces of vanished and vanishing animals. The sketchy silhouettes in my drawings indicate where extinct or endangered animals and birds should be; manifestations of their absence. Elsewhere, erasing sections of drawing eventually led me to make a stop-motion animation. I drew frames from the film of the caged thylacine, photographed the successive drawings, then erased and redrew, in a repeated passage from paper to camera, reminiscent of the captive animal itself. Three hundred erased drawings later I had my animation: ‘Caged’ (2014), a large-scale charcoal thylacine eternally circling a cage, a Sisyphean prisoner. In this way I sought to span the space between the original film and our experience of it: the creature comes and goes, fluctuating between a world that held such an animal and one that doesn’t. 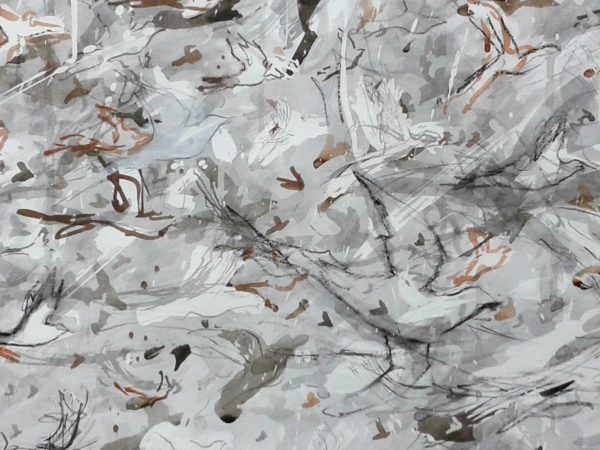 There are other examples of recent extinctions of animals once thought to be too numerous to warrant special attention. The passenger pigeon, a native of North America, was once the most populous bird on the planet, travelling in huge flocks that darkened the skies and took many hours to pass. Again, the combined effects of habitat loss and hunting that came with settlement in the eighteenth and nineteenth centuries reduced a shrinking population finally to one lonely zoo bird, Martha, who died in Chicago in 1914. In the drawings and prints I made of Martha (2015/16) I pared back the details that complete a likeness by erasing and scratching paper and plates. Large-scale drawings and smaller prints of the great passenger pigeon flocks, flurried with their own dirt and the shot of jubilant hunters, are messy with the spatter of ink, masking fluid and white spirit, at once animated and extinguished. 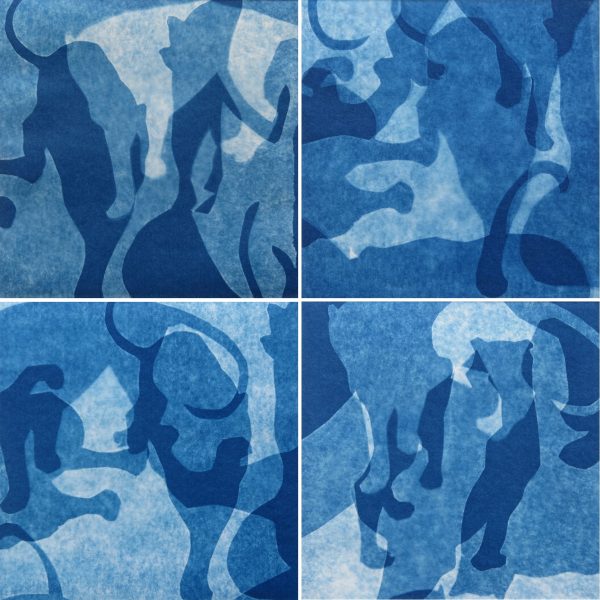 The world of non-human animals is teeming with such stories of individual plight and collective loss. In my Stereotypy series (2016), blue-toned cyanotypes chart the pacing of a contemporary caged tiger seen in a video of abnormal zoo behaviours made by the Born Free Foundation. The shadowy cut paper forms and the inverse outlines of the prints present an iteration of movement in which the animal is neither fully present or absent. The paper tiger, reduced and irreducible.

Studying these unnatural histories has altered my work from one of positives to literal negatives. The animal world that fascinates me is diminishing and so, like a shaman conjuring spirits, I must find a way to give distinction to doubtful states. I make and erase traces just as an animal might be present, momentarily, then disappear.

As an artist in the Anthropocene I feel it’s the most honest approach.

Image credits (from top to bottom):

1. Louise Pallister, Caged (The Extinction of the Image), charcoal and eraser, frame from stop-motion animation, 2014

2. Thylacine rock art. A replica in the Brno museum Anthropos, via Wikipedia

4. Louise Pallister, Caged (The Extinction of the Image), charcoal and eraser, frame from stop-motion animation, 2014

8. Louise Pallister, Stereotypy – pacing, cyanotype, from a variable edition of 25, 2016