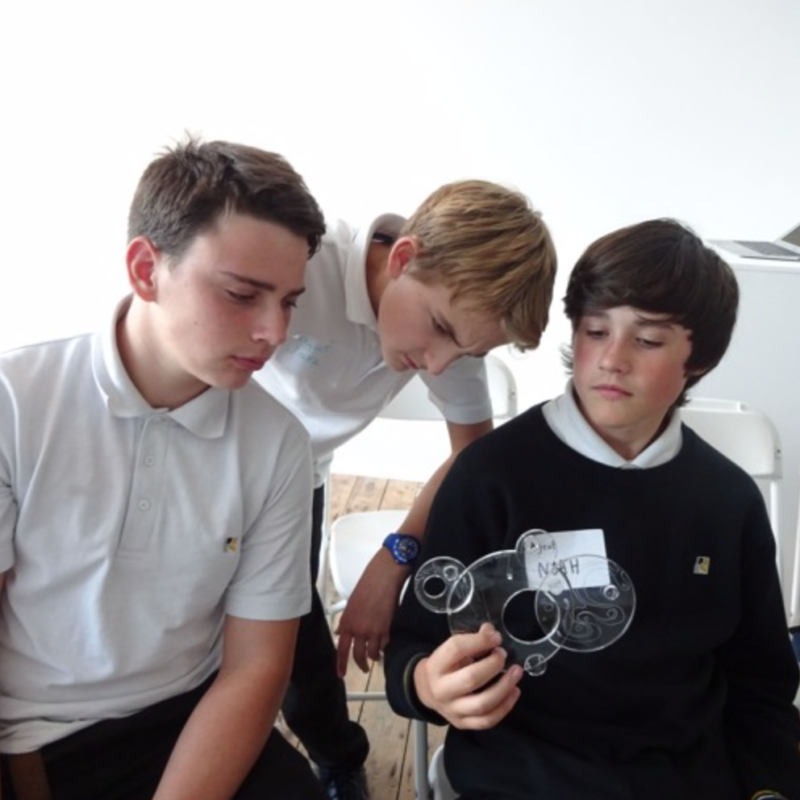 These ‘voicemails from the cloud of possible futures’ were made by Year 10 Environmental Science students at Dorothy Stringer School, Brighton, as part of the FutureCoast Youth project run by ONCA and University of Brighton in Autumn 2015.

2045. Hi Grandma, how are you? You’ll never guess what we saw today, it was amazing! We saw a seagull, I’ve never seen one before in my life. Um, we saw it yesterday. We went out, it was so hot and I never thought I’d get the chance to see one like you did, at least not after the cull. You know, the seagull cull that you always talk about. Well, we’ll tell you all about it tomorrow, we’re on the Solar Express right now so we’ll be there pretty soon. Bye bye!

2042. Hi, just calling to say the train broke down again. I’m going to be late, sorry.
Again?
Yeah but hey I heard there was going to be an auction for apples later.
Apples, really? How rare! But we’ll never be able to afford that. Only landowners can afford such luxuries.
It’s worth a shot though right?
Maybe…
Well I’ve got to see when the next train will be.
Bye.
Bye!

The 21st century brought one of the bloodiest conflicts the world has ever seen. In the year, in the 2080s global water and food supplies finally ran out. Global stock markets and industry worldwide and worldwide famine occurred. This caused a time called ‘The Great Panic’ around most of the world with wide scale riots, battles and anarchy. In the European Union and China they showed off false solutions of wealth and food supplies perhaps to gain a sort of superiority over the world and it worked and for a time the countries who were affected seemed to look up to these nations. Both of them promised to build a ship to be able to colonise the moon and excavate it resources.

However, these countries were also experiencing massive poverty as well and in the Mediterranean crisis any hopes of lunar colonisation was finally collapsed. The European Union and China, however, retained its status of having large amounts of food supply. However, it’s gaining ungainly attention. As more and more of the world began to realise that rioting and anarchy would no longer solve this problem demanding food they began to turn to these two nations, the European Union and China. They looked towards it, ganged up on it and seemed focused to take it down and whatever illusions they had until finally one dictator, from which country which is unknown, finally managed to raise up the armies of the affected in an attempt to take down the European Union and China. This set off a period of events known as the 60 minute war, a war as it says that lasted 60 minutes.

Many weapons were bought off, many weapons which caused mass-destruction. Nuclear bombs, bombs biochemical warfare and orbital sun gun are just some of these things that brought chaos to the world. In a few seconds the dictator, the dictator’s forces, the European Union and China had finally been taken down. Now the population was with it, the population had reached the lowest of what it was. But a man rose up from the ashes, unified the world under one rule – an eternal empire. And for a time he pacified the land greatly. Thank you. This is Jake King-Brown for the news. Thank you for calling.

2056. Hi Great Great Great Great Grandma! Happy Birthday too. Congratulations on you 150th Birthday. We sent you an e-card and an e-present but we’re really sorry we weren’t there to celebrate with you. Mum say the solar car isn’t working because of global dimming or something. Hey, do you even know what that is? No? Oh. Anyway, we hope to see you soon. I hope you’re happy in Antarctica. Mum says you might be homesick but I always wanted to live here. Hey Dad’s calling, I need to get off the phone. Bye bye, love you.

Hello Dr Danahar this is Julie Doyle from the University of Brighton. I’m just calling to you to thank you for letting us host the 2026 Resilient Climate Communities conference with the Nature Centre at Dorothy Stringer school. We were so impressed with the facilities and the ecological vision you’ve created there and it was also so great to see your former students there talking about their work. Remember when they were part of the FutureCoasts Youth Team? It seems so long ago now. It was amazing to see Tamzin and Kalin again. See that they’ve put their differences aside about geo-engineering. They’ve now set up a renewable energy company together called Energy Now. Tamzin was also telling me about her voluntary work with young children with learning difficulties. She was telling me she uses her guinea pigs to calm the children down and helps them to set up collaborative ecology projects at school and she’s just won an award for ecology volunteer of 2026. And who would have thought Kalin’s kittens on icebergs pictures have become the new image of climate change, the polar bear is so 2016. Nara, he’s just come back from a twelve month long conservation residency in the Indonesian rainforest. He’s was telling me he’s part of a foundation that’s been working with local communities and other NGO’s to successfully halt palm oil production. He’s also manage to get all of the UK Premier League football clubs to donate to the project and Liverpool FC have become their official sponsor. He’s going back there again next month. And Maisy’s also working for the same foundation. After she got her PhD in biology with her thesis on the lives and habitats of Sumatran tigers she’s now based in Sumatra, working on a campaign to stop illegal poaching. And Quin. Remember his talk on the threat of climate change to amphibians in Australia? It’s great that he’s now an expert in water conservation, working in vulnerable communities in countries to conserve and distribute water fairly. He’s been invited by the United Nations to be an ambassador for fair water distribution. And he’s traveling to Australia next month by boat to share his knowledge and skills follow ing the 25 year drought there. And Ashley – he’s now a creative media consultant working on a series of climate programmes for young people all the major media producers and distributors are clamouring for. This year he’s hosting the Cool Climate Media awards alongside the US presidential candidate Kanye West. Anyway I feel so inspired by all of their work. It was great to see you and all of the former students there and I can’t wait to see you next year. Take care, bye bye.

Hey Rob! It’s Persephone, I’m calling from Yosemite. It’s amazing here. I’m at the, as you know I’m at the future FutureCoast rewilding conference that Nadia Surati Ruta has organised, it is so inspiring. And Melissa and Beth, you know, you remember them? They have just done this extraordinary artistic collaboration with wolves in the park creating poetry, interspecies dialogue and poetry. They’ve been in the field for about a year and a half, it’s just it’s an extraordinary project. And also Jake has been working on a in Siberia at Pleistocine Park and yeah he’s really he’s part of the team that have really boosted the numbers of Siberian tigers on the site and really bolstered that extraordinary ecology and restoring the permafrost there – it’s amazing. And the facilities there are just completely mind blowing as well. You know what? It was Joe and Rose of FutureCoast youth that actually designed the conference centre and it was inspired by the Big Nature centre – the roof is completely covered in trees. You can hardly see it at all, it’s one of the first new buildings ever to be made entirely from reclaimed materials and to be a net carbon sink. This whole place is really inspiring and I’m just really happy and proud to see the FutureCoast Youth team doing such amazing work. So yeah, uh I just wanted to say happy 60th. Alright, take care. Bye.

→ Art on the Edge of Change
← FutureCoast recordings from the FutureBooth