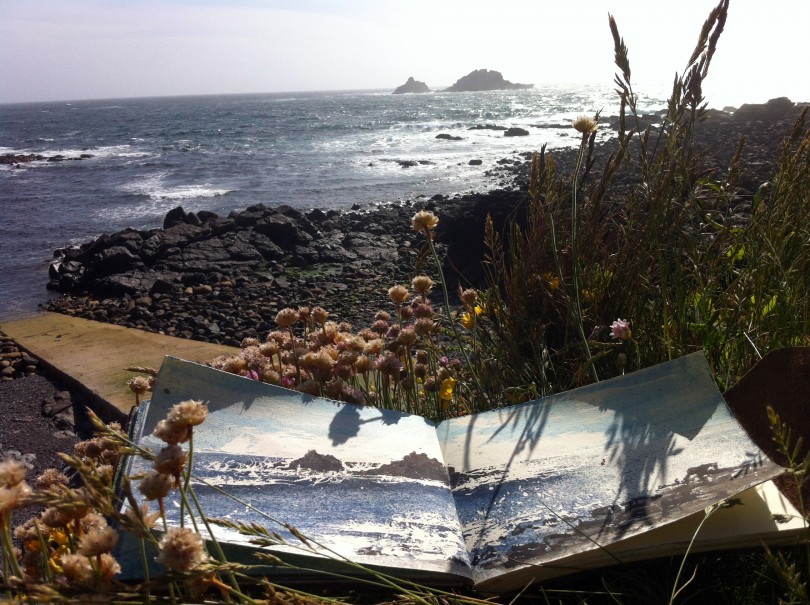 Art on the Edge of Change

By Laura Coleman and Emma Camp

Sea levels are rising, climates are changing and wild places are being lost.

In Guyana, a country that straddles South America and the Caribbean, eighty per cent of the population live in low-lying, coastal regions.  Seventy-five per cent of Guyana’s food production, which includes global exports of rice and sugar, are also in these low-lying, and highly vulnerable, areas.

Guyana’s capital, Georgetown, is a city below the high tide level.  Whenever there is a full moon, the point when the tides are at their highest, waves frequently breach the protective sea wall of the city.  Due to consistent and accelerated sea level rise, current disaster management systems are under increasing strain. Mangroves, which work alongside the man-made sea walls, providing up to sixty per cent of the protection for Georgetown, are themselves threatened by climate change. Globally mangroves are being lost at a rate of approximately 1.8% per year. In addition to this, increasingly variable and extreme weather puts all of these protective barriers at risk.

Guyana is just one example of a place threatened by our changing climate. Best-case scenario, scientists predict that global sea levels will rise by approximately half a metre by 2100. Worst-case scenario, they will exceed one metre.  But in Guyana, the current trajectory is exceeding worst-case predictions.

Caribbean communities are constantly seeing evidence of this very present risk to their way of life.  In 2005, three days of heavy rain in Guyana killed thirty-four people and affected more than 200,000. For many of us, it is sometimes hard to grasp the breadth of what these communities are facing.  But everyone lives on the edge of a rising ocean.  It may feel like it’s not on our doorstep, and perhaps we don’t see it so regularly but, in the US for example, sea-level rise and storm surge is placing coastal areas at increasing risk of erosion and flooding, especially along the Atlantic and Gulf Coasts, Pacific Islands, and parts of Alaska.

In the UK more than 2.4 million properties are at risk of flooding according to the British Government, and there has been a marked increase in rising waterways and severe weather warnings, with some of the wettest months recorded over the last two years since records began. These impacts are predicted to intensify.  Habitat loss is inevitable, threatening biodiversity, agriculture and human life.

What this means however is still uncertain.  We are on the edge of something huge, and our actions today have the ability to shape our future.  This challenge belongs to us all.  We are the generation that have the knowledge, capability, resources and technology to make a real change.  What we need to do is connect the dots between all sectors and all regions of the world, bringing together science, politics, arts, engineering, education, parenting, design, planning, marketing and sport to creatively address the challenges of today.

A multidisciplinary approach is essential.  There is a research vessel, Sea Dragon, that sails around the world, bringing different people (often non-sailors) together to study marine conservation.  But Sea Dragon is not only a research vessel.  She is also an incubation space.  She carries people from all walks of life, enabling them to interact with the natural world and with each other.  Allowing a platform for new imaginings and great ideas, and stimulating positive action.

In January, Sea Dragon will sail to Guyana with a unique team of artists and scientists.  This crew will attempt to engage with the vast and complex issue of climate change, listening to locals about the struggles faced on the Caribbean coast.  Embarking on a knowledge exchange between art and science, the aim will be to learn from communities living on the edge of change.

This expedition is a partnership between two organisations, ONCA and Pangaea Explorations, both of which exist to provide venues and spaces for multidisciplinary research and collaboration.  The output of this project will be an exhibition, entitled ‘Art on the Edge’, enabling art and artists to communicate the work of key scientists, who are grappling with these often overwhelming and intangible global challenges.

To join the expedition crew of ‘Art on the Edge’:
email
visit www.panexplore.com