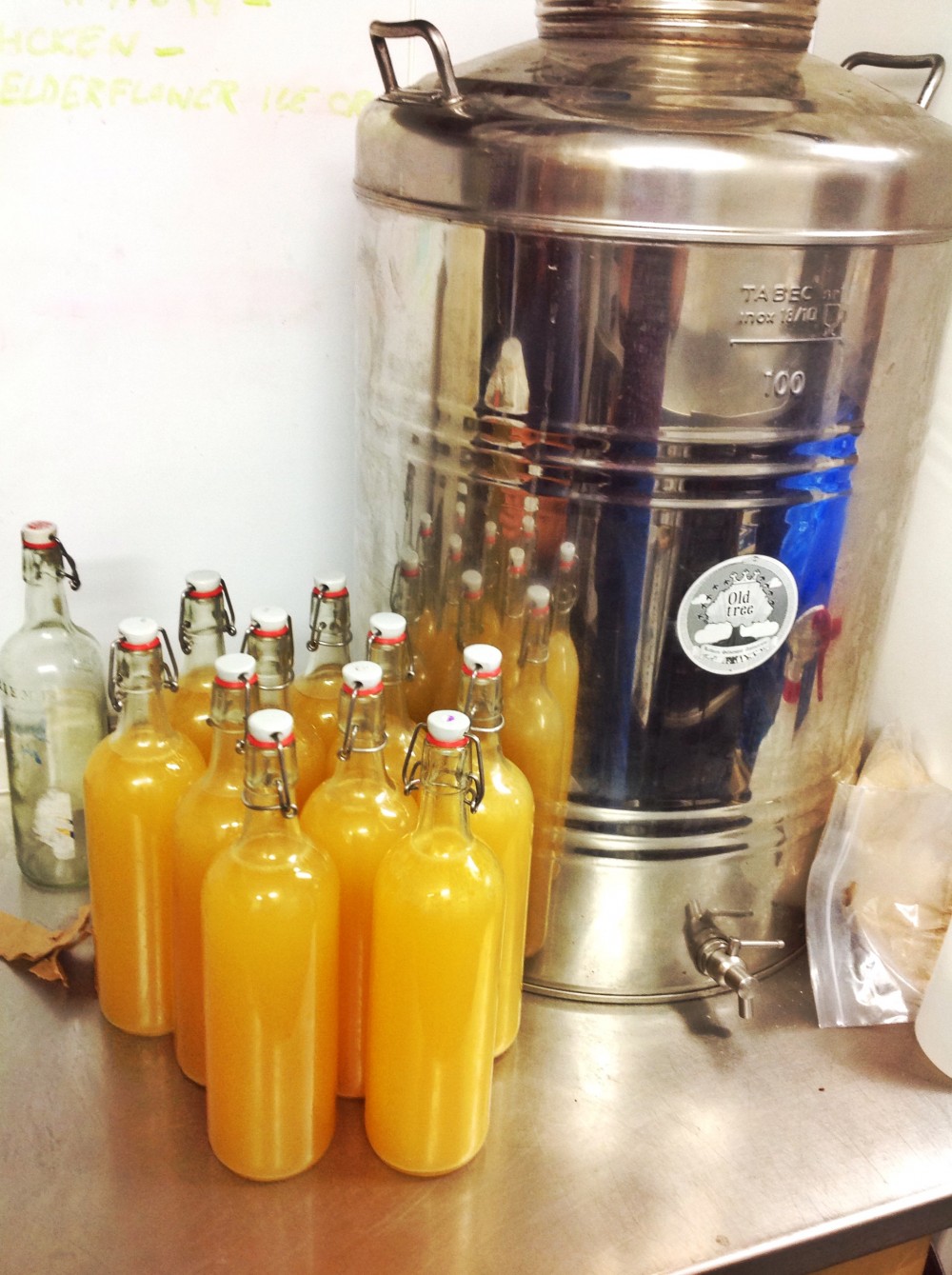 Here’s a question for you: why is it that restaurants together offer a vast and varied spectrum of food, yet offer only a very limited drinks menu? One could recite the soft drinks options off by heart, for example, and most of which are either owned by Coca-Cola or Pepsico. This question was put to me by Nick from Old Tree Brewery in our conversation at Silo last month, and proved a crack in my naive perception of our drinking habits. For, as Nick would explain, today’s drinking culture has led to a disjuncture and disinterest between us and our environment over the past 100 years, and it is Old Tree Brewery’s mission to change this.

Who are Old Tree Brewery? Old Tree are a drinks making collective. They produce botanical and nutritional drinks by fermenting and brewing local fresh produce either deemed not fit for retail or foraged in the local environment. Comprised of Nick, Tom, and Will, the drinks are then supplied to wherever they are needed, which is currently and predominantly Silo, Old Tree’s current base.

How does this benefit the environment? Old Tree’s drink-making is a method of preservation against the wasteful operation of food consumption inherent in our society. As Nick made clear, drink-making marries creativity and care for the local environment through processes such as foraging and networking. Old Tree’s ‘end of the pipe’ approach is just one example of resourcefulness and sustainability against our over-producing yet under-consuming society, for it upcycles natural products that would otherwise be lost to our current wasteful food operation.

How does this relate to the community?  Old Tree are symbiotic with the local community in how they endeavour to use what is surplus to local suppliers at the end of any given week. Meanwhile, the bi-product of Old Tree’s fermentation is often supplied to local chefs and bakers to use in their products. Similarly, Old Tree are supported by a growing group of friends and volunteers, while also collaborating with local groups such as the Real Junk Food Project, and now, ONCA. 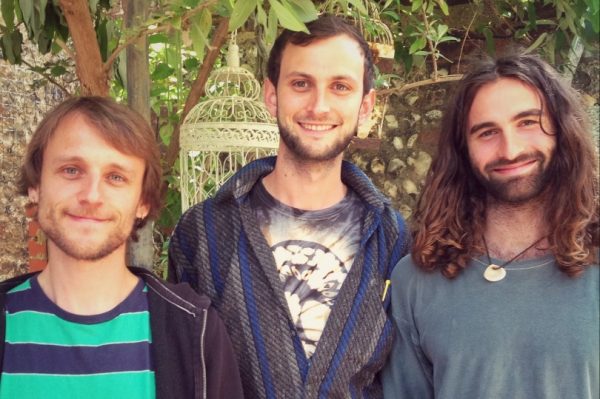 Old Tree doesn’t want to be a centralised, hierarchical company like other drink companies or breweries, for this has resulted in a disconnection between us and the land. Fermentation and brewing requires, at its heart, a hands-on approach with nature through the use of natural products and the harnessing of natural-occurring bacteria. Yet mechanisation and mass-production in the drinks industry has severed this connection, resulting in diminishing quality and the art of brewing being lost. Nowadays, alcohol too-often has an unfortunate association with violence, excess, and bad behaviour. But through a small-scale local approach, Old Tree aims to reconnect people with nature by breaking down the spaces between creation, distribution, and consumption.

Indeed, part of Old Tree’s aim is to reinvest any profit made from drink-selling back into forestry and the landscape. The way Nick sees it is if humans increased their participation with farming and the land, then the involvement of pesticides, artificial fertilisers and even GM could decrease by balance. Perennial agriculture is an example of the kind Old Tree looks to, for it involves little input and great reward, while eliminating the need for constant harvesting that erodes and stresses the soil.

How do they find funding?

Old Tree are all personally invested in the project having started with no loans or ties to financial institutions. As a result, they are not under pressure to pay off loans or make decisions that are purely motivated by money. After taking enough only for a basic living for the team, Old Tree put their profits towards the pursuit of land for the planting of perennial crops, educational workshops on forestry and fermentation, and further networking.

What does the future hold for the drinks industry?

Nick would like the drinks industry on the whole to involve more conscious drink-making, such as a refill culture over a recycle culture. For recycling, despite its benefits, is only a temporary solution that can fall victim to the inaction of the general public, while also being extremely energy intensive. In a refill culture however Nick believes people would be made to think when they buy, to think about how they can individually make a change.

Ideally, the future would also see many local groups operating like Old Tree all over the country, rather than one centralised, national system. Nick believes this is definitely achievable given that each collective survives on the input of their local community, thus transgressing class and socio-economic background, and making every group intrinsically unique to the community in which it operates. The result will hopefully be a de-centralised drink-making model that re-invests profits back into the land in a low-tech, low-input way.

Until then however, Old Tree will continue to brew their fantastic drinks from Silo (the elderflower champagne is a must), and hope to hold workshops at Onca in the near future. To register your interest, please contact