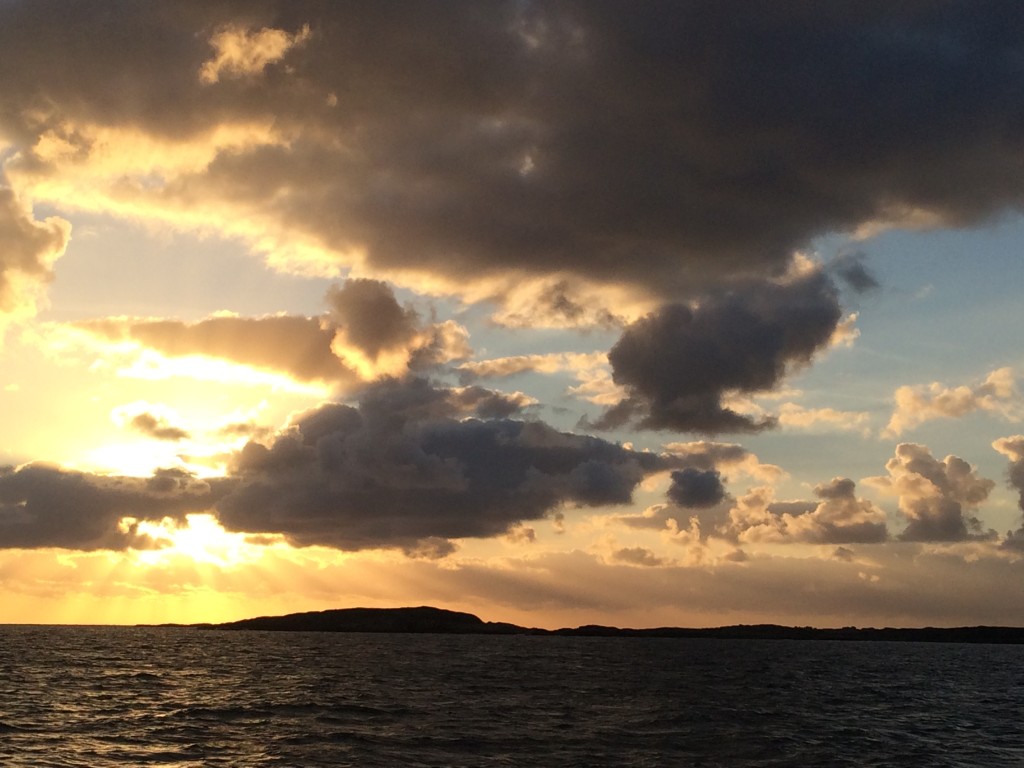 Iceland greets us in, what I would imagine, typical fashion.  Thick buffeting clouds, blowing gales, driving wind and dusky, neverending daylight.  Bumped from our double booked airbnb to a luxury flat, we spend our first evening eating hot mashed fish with potato and cheese, pancakes with rhubarb jam and thick cream, cold wine and dark beer.  Whale and puffin meat fill the restaurant billboards, and whale watching tours are standard for the throngs of tourists.  On return to our beds, we swing by the harbour and take a peek at Pangaea Exploration’s sailing vessel, Sea Dragon, docked majestic as a queen in the grey evening light.  I think all of us feel a rush of excitement, as we stand silent and awed, before the ship that will be our home for the next two weeks.  Silent, awed, and terrified as the waves slap angrily against her sides.  She has just arrived in Reykjavik, but betrays no sign of weariness despite her recent sail from Bermuda.  Led by 5 Gyres, this most recent leg was to conduct essential research into plastic pollution.  The team crossed two gyres in the North Atlantic, and scientists, artists, policymakers, CEO’s and journalists found evidence of plastic in every single water sample they took between Bermuda and Iceland. 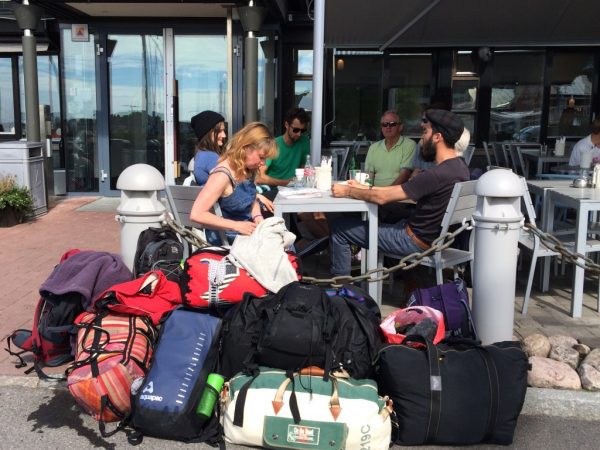 For us, and our small team of emerging artists, it won’t be plastic but rather whales and dolphins that will be our watchwords.  But, one cannot help bleeding into the other.  As more whales wash up on beaches with stomachs full of plastic, how not to feel the weight of Sea Dragon’s most recent research as we gaze across the bright blue sea?

Stuart Kuhn, one of the artists in our team, is on an arts council funded project to make daguerreotype photographs, using mercury extracted from beached whale tissue.  He is interested in showing that the levels of mercury currently being found within large species of fish and cetaceans are high enough to make photographic chemistry viable.  His recent research at Aberdeen University enabled him to work with scientists and biologists who were conducting necropsies on beached whales, testing the levels of heavy metals in the marine environment.  Stuart now aims – alongside filming a documentary about art/science collaborations – to collect water samples as we travel, across the North Atlantic between Iceland and Sweden, specifically linked to when whales or dolphins swim close by.  With this water, he will then make salt prints on his return to the UK, using the photographs he took as each sample was collected.  How, he asks, will the various water samples affect the prints themselves – what kind of effect will the levels of salt, or pollution, have on the images he creates?  If every perimeter is kept the same, and just the microscopic chemistry changes, what different stories can be told through these salt prints?

Stuart says, as he relaxes after a hard day scouring the city for a forgotten, essential camera charger, “I am looking forward to experiencing moments where I don’t feel the need to photograph.  Something just for me, not even my future self.”